By People'sDaily (self media writer) | 19 days ago 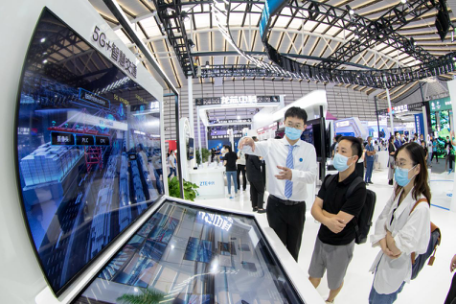 The Light of Internet Expo of the 2021 World Internet Conference (WIC), which focused on cutting-edge technologies and digital transformation, was held in Wuzhen, east China’s Zhejiang province, from Sept. 25 to 28.

Over 300 Chinese and foreign enterprises showcased their latest products and technologies in AI, big data, network security, and other fields at the event.

At the exhibition booth of Chinese tech giant Huawei, staff members showed visitors how to connect mobile phones to computers, TVs, sound equipment, and other devices at the same time with the company’s HarmonyOS next-generation operating system.

The operating system, which can enable fast connection and resource sharing between various smart terminals, was selected as one of the world-leading Internet scientific and technological achievements released during the 2021 WIC.

An unmanned vehicle displayed at the exhibition booth of Yutong, one of the world’s major bus and coach suppliers, caught the attention of many visitors. With a spacious interior, the vehicle provides passengers a good view of the surrounding environment. Besides the capacity for 360-degree environment perception, the vehicle can also perform functions including voice interaction, supercruise, and autonomous obstacle avoidance, lane changing, overtaking, and parking. 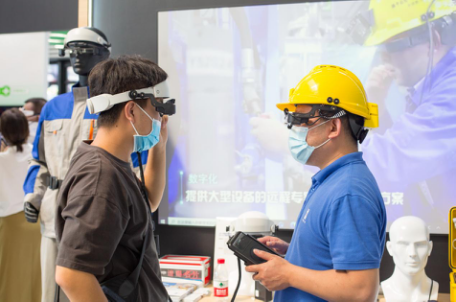 Beijing-based AI company RealAI displayed a deepfake content identification platform at the expo that can quickly, accurately, and automatically determine the authenticity of images and videos in multiple formats and of varying degrees of quality based on the third-generation AI technologies.

While bringing good changes to people’s life, AI technologies have also caused some problems. For example, deepfake technology can be easily abused in Internet fraud, false advertisement, and other illegal activities, according to a staff member of the company, explaining the reason behind the creation of the platform.

At the exhibition booth of ZTE Corporation, a global leader in telecommunications and information technology, a female visitor made hand gestures of the Rock, Paper, Scissors game at three positions in front of a large screen. In a little while, she saw three of herself playing the game on the screen.

According to a staff member of ZTE Corporation, the technology can be applied in virtual production, thus lowering the threshold of high-quality filming and fueling digital transformation in the media industry. 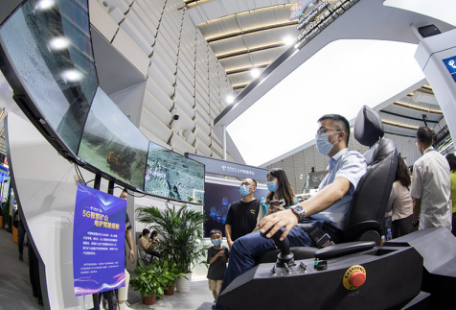 A visitor tries the cockpit of an electric excavator for 5G-powered smart mining at the Light of Internet Expo of the 2021 World Internet Conference (WIC) held in Wuzhen, east China’s Zhejiang province, Sept. 25, 2021. (Photo by Zhai Huiyong/People’s Daily Online)

Chinese tech giant Tencent exhibited at the expo a mini program on its social media platform WeChat. The mini program offers users a 360-degree view of nearly 300 Chinese cultural relics housed in museums worldwide. Similar cultural and creative products of the company drew the eyes of quite a number of visitors at its exhibition booth.

“Through the application of immersive technologies, we help users take virtual tours of the Palace Museum and the Mogao Grottoes and enjoy various precious cultural relics online.” said a staff member of the company at the expo.

Instead of traditional cooling methods, the computer has creatively adopted immersion liquid-cooling technology, which helps reduce energy consumption. It supports the application of AI, big data, and cloud computing and provides advanced computing power for scientific exploration and industrial upgrading, said an employee with the company, who added that the product has already been applied in weather forecasting and some other fields.

At the exhibition booth of China Telecom, a major telecommunication operator in China, visitors tried the cockpit of an electric excavator for 5G-powered smart mining, a realistic simulation of how drivers perform tasks remotely in mining areas.

Usman, a Pakistani who serves as the general manager of an information technology company headquartered in Guangzhou, capital of south China’s Guangdong province, was impressed by the expo.

Internet technology is being applied to all fields of economy and all sectors of society in China, bringing convenience to people and improving their quality of life, he said.