By Irowagbon (self media writer) | 3 months ago 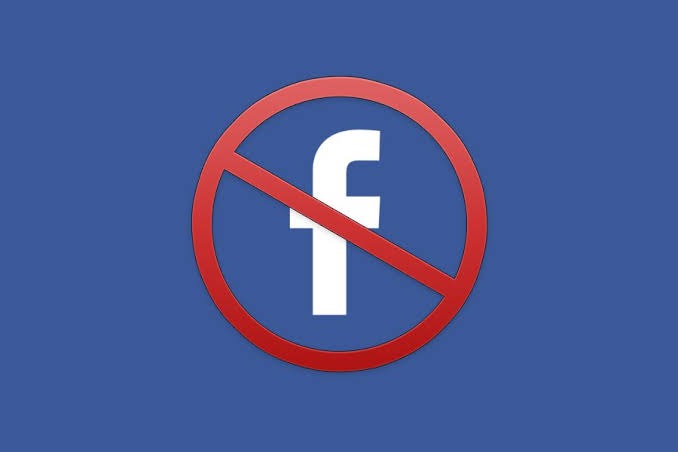 Facebook is one of the most used social networking website across the globe which allows for easy interaction between and among individuals, content sharing and viewing, live video streaming and advertisement of products and services. It was created by Mark Zuckerberg and has over 1 billion users worldwide.

In this piece, I will be giving a plethora of reasons why Facebook should not be banned in Nigeria and events that could actually lead to its ban.

Below are some of the reasons why Facebook should not be banned:-

Facebook is not only meant for business and interaction, but is also designed with a news feed where we get to receive information. As users of Facebook, we get to be enlightened, entertained, educated, or mobilised for a social cause through the information we receive. It also presents us with the opportunity of sharing our own information. I

Some people have tension releaser needs. Some individuals who are depressed use this platform to free themselves from psychological and emotional stress. They log into Facebook, watch funny comedy videos, view interesting memes and read interesting pieces. They get to be relieved emotionally or psychologically.

Now we have been able to look at the reasons why Facebook should not be banned in Nigeria, but it is also important for us to know and understand those events that could actually lead to its ban in Nigeria. hi all

Below are some of the reasons why Facebook could actually be banned by the Nigerian Government:-

As citizens, we have the right to tell our leaders their wrongdoings, in the way they govern us and on the policies they formulate and implement. The present administration in Nigeria is not performing up to standard, and this calls for criticism of their actions, but due to the extreme hatred some individuals harbour for the government, they go on to engage in political misinformation just to prove a point about the government's deeds and they get to mislead others. This is one event that could actually make the government to ban social media.

2) NIGERIA'S DISUNITY AND THE CASTIGATION OF DIVERSE ETHNIC GROUPS AND RELIGION:

With my previous and current activities on the social media, I have come across various verified news media pages of other African countries on Facebook and from what I've observed so far about the receivers of information and when it comes to matters relating to Politics, Business, Sports etc., they do not bring up matters about religion and ethnicity and go on to castigate. We are well-aware of the tension in Nigeria today as our country has been divided across ethnic and religious lines. Inter-tribal and religious conflict are what we see in the comment section. Tribalism and religious bigotry is being showcased. This is indeed appalling for the reputation of our dear country. The government desire the unity of Nigeria and would take measures to ensure that even if it means banning Facebook and other social media platforms in order to avoid continuous castigation of an ethnic group and religion.

In a nutshell of all that I have unequivocally stated so far, the Nigerian Government should not ban the use of Facebook like they did to Twitter as it would actually deprive the citizens their freedom of speech and expression but should rather introduce devices of censorship and other means of activity regulation in order to curtail the spread of political misinformation.

Content created and supplied by: Irowagbon (via Opera News )