9 Tips To Extend The Lifespan Of Your Smartphone

By Usheritto (self meida writer) | 18 days 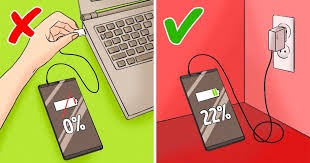 Have you ever noticed after a year or two of scrolling through your smartphone that its battery doesn't seem to last long? The reason is that most people have been charging smartphones the wrong way.

While fast charging keeps us topped up every day, the absence of replaceable batteries means eventually the lithium-ion cells fastened in our phones are going to age and deteriorate.

If you’ve held onto a phone for a year or more, you’ve probably noticed the battery doesn’t seem to last as long as it did when it was brand new. Two years down the line and many phones manage to make it through the day on a single charge. Holding onto a phone past three years can even spell trouble for system stability. Unfortunately, battery capacity certainly declines with age.

However, there are things you can do to prolong the life of your battery and handset. If you’ve ever wondered what the best way to charge your battery is, here are some scientifically proven tips for maximizing battery life.

1. Keep away from extreme temperatures 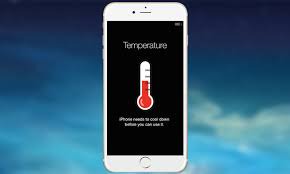 While your phone can survive a range of temperatures, it thrives between 62 degrees F to 72 degrees F. Extreme cold temporarily decreases your battery lifespan, but anything over 95 degrees F can have lasting effects that prematurely age your battery. 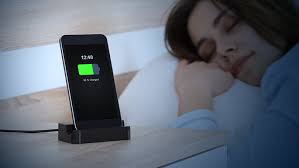 Charging overnight or in a hotbed during the day is a very common habit, but it’s not advised for several reasons (the old “overcharging” myth isn’t one of them). Primarily, continuous trickle charging of a full battery can cause plating of the metallic lithium, which reduces stability in the long term and can lead to system-wide malfunctions and reboots. Secondly, it leaves the battery at a higher stress voltage when at 100 percent. Thirdly, it develops excess heat caused by wasted power excessiveness. 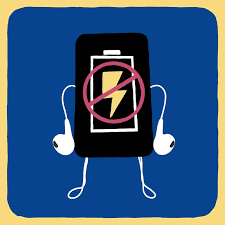 During stress tests, Li-ion batteries show the most capacity loss when dropping from fully charged to a quarter-charged. This loss would be greater if the phone fully died. However, the smallest loss occurs when the battery drops from 75 to 65 percent. But obviously, that’s absurd and impractical.

5. Use standard charging instead of fast charging 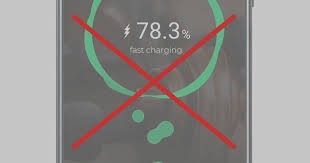 Most of you won't agree with this! But think of your phone battery as a jug with a hole in the bottom, and has water in it. Water will drip out over time. When refilling the jug, you don’t have to turn the water on full blast and smash the jug.

Note: Fast charging usually stops at and slows down after 80% as a safety precaution.

6. Do not use the phone while charging it 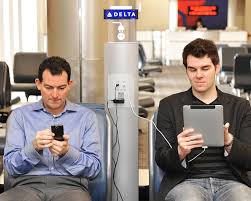 The best way to prevent parasitic loads is to turn your device off while charging. Still, it’s probably more sensible to keep the workload very light while the device is plugged in, leaving it idle most of the time. Always remember to unplug your phone once the battery is topped up enough.

7. Unplug your phone when it is done charging 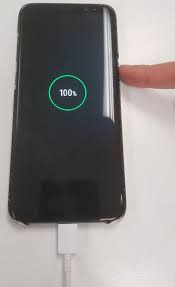 Do you think it's possible to overcharge one's phone? Not really. When your phone hits 100 percent, it stops charging. As the battery drops to 99 percent and beyond, occasionally a “trickle charge” kicks in to bring your phone back to 100 percent. This continual trickle stresses your phone battery, leading to increased heat, you know how hot your phone tends to be sometimes, and this does wear out the battery. 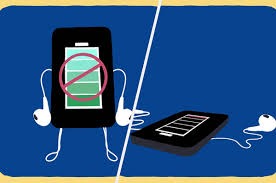 Li-ion batteries don’t need to be charged to 100 percent, since doing this can stress the battery. Try to keep it around 95 percent and that's good enough.

If you’ve never given much thought to charging your phone, then it’s time to start doing so. It’s never a good idea to completely drain your phone’s battery day after day. The lithium-ion battery, which has a finite number of times that it can be recharged. It is better to let the battery partially discharge and charge throughout the day as needed. It reduces stress and rids the natural aging of your battery.

9. Do not leave your phone in low electricity condition.

How to Charge Your Phone 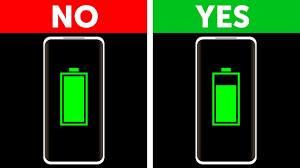 Many battery experts recommend that smartphone owners should follow the 40 to 80 rule, which means that you should plug in your phone once it falls to 40 percent and then charge it until it reaches 80 percent. In that manner, you’ll be able to prolong your phone battery’s capacity for recharges. Don’t be disturbed if your phone falls below 40 percent every once in a while, just make sure to only charge it to 80 percent and to keep a charger nearby, if you want to reduce the wear and tear to your battery, do not hit the red zone, which is 15 percent.

Do you have other ways on how to make a smartphone battery last longer? Kindly share in the comment box below!

Reactions After DJ Cuppy Poses With Her Ferrari In New Photos

Check out Kola Ajeyemi's Look In New Photos After He Had His Haircut.

10 Images That Show How Our Planet Has Changed

Check Out Lovely Photos Of Tiwa Savage With Her Son