Check out the story of Troy, the lost city that fell to Greece.

By DReincarnateII (self media writer) | 1 year ago

It began from Homer's Iliad of 750 B.C, then the Roman Poet Virgil's Aeneid, and Ovid's Metamorphoses, even Greeks Herodotus and Thucydides weren't left out of those that were convinced of the existence of a city during the late Bronze age on a hill, overlooking the Hellespont (Now Dardanelles): the narrow straits between the Aegean and Black seas. The city that was said to have fought the Trojan war with Greece. 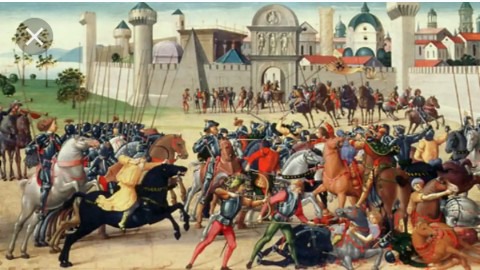 The myth of Troy began with the marriage celebration of King Peleus, an Argonauts and his wife Thetis, a seagoddess, who failed to invite Eris; the goddess of discord, to the wedding. She later gatecrashed the banquet uninvited, and in her anger, threw a golden apple onto the table inscribed "For the most beautiful."

Hera, Athena, and Aphrodite greedily reached for the apple at the same time. To resolve the conflict, Zeus assigned the decision to the most handsome man alive, who happened to be Paris, the son of Priam, King of Troy.

Hera promised Paris great power if he choose her, Athena offered him military glory, and Aphrodite promised, the love of the most beautiful woman in the world. 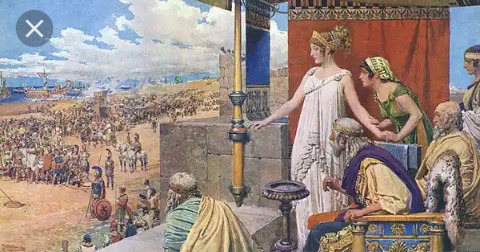 Paris choose Aphrodite, who gave him Helen, the wife of Menelaus, and Paris sailed to Sparta for her. Paris was received as an honored guest at Menelaus's palace in Sparta. And when Menelaus went for a funeral, Paris and Helen escaped to Troy, taking along, a large amount of the Menelaus's wealth. On his return, Menelaus was very outraged to find that his wife had been abducted and his treasures stolen. He Immediately raised an army with Helen's old suitors, who had long before sworn an oath to protect his marriage with Helen and sail for Troy.

After more than two years of preparation, the Greek fleet (consisting of more than 1,000 ships under the command of Agamemnon, King of Mycenae) assembled at the port of Aulis in east central Greece, ready for Troy. However, there was no wind to carry the ships, so the seer Calchis told Agamemnon that in order for the ships to sail he must sacrifice his daughter Iphigenia to the goddess Artemis. After such barbaric but necessary action, the Greeks were able to sail for Troy.

The battle went on for 9 years, leaving great heroes dead from both sides, including Achilles, who was killed by Paris. But still the Greeks could not breach the great walls of Troy and gain entry to Troy. In the 10th year of the war, the cunning Odysseus devised a plan of building a giant wooden horse, which inside was to conceal Greek warriors, including himself. The horse was placed at the gate of Troy, and the Greek fleet made a retreat, as if in defeat. 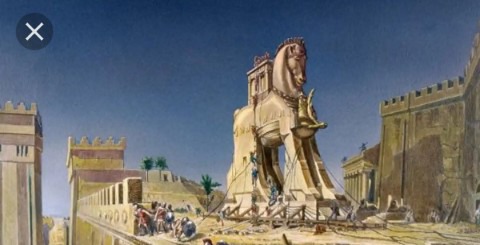 Seeing the ships retreating, and leaving the huge wooden horse behind, the Trojans thought themselves victorious and dragged the horse inside Troy.

That night, the Greeks climbed down from the horse and let in the whole Greek army. The Trojans, caught completely by surprise, were slaughtered. Polyxena, Paris sister was sacrificed at the tomb of Achilles, and Astyanax, son of Hector, was also sacrificed. Although Menelaus had been intent on killing the disloyal Helen, but her beauty swept him over and he spared her. 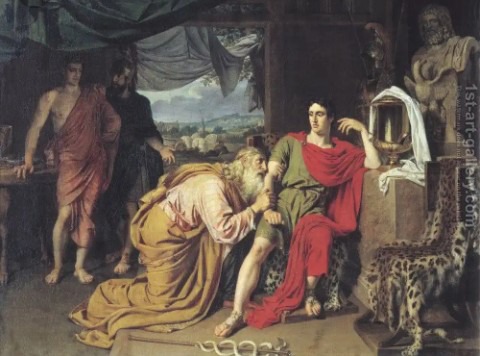 Is the legendary city of Troy a product of Homer's creative mind, or is it a real city, that existed centuries ago. Subsequent research, excavations and evidences thereof seems to be shifting the argument towards the later side.

In 1873, Heinrich Schliemann a rich business man and Frank Calvert found gold artifacts, claimed to have been of the 3rd millennium B.C at the lower levels of Hisarlik, a mile from Dardanelles. This lead Schliemann to proclaim to the world that he had found Homer's Troy.

But later Schliemann golds were discovered to have predate Homer's proposed existence of Troy, but Schliemann excavations brought Hilsarik to the world notice, then further works at Hisarlik was undertaken by Wilhelm Dorpfeld (1893-1894), American archaeologist Carl Blegen from 1932 to 1938, and from 1988 to 2005 by a team of the University of Tubingen and the University of Cincinnati, under the direction of the late Professor Manfred Korfmann. Excavations at Hisarlik has shown that there were nine separate phases and cities at the site, with various sub-phases. These phases begin in the third millennium B.C. (early Bronze Age) with Troy I and finish in the Hellenistic period (323 B.C.- c. 31 B.C.) with Troy IX. Then the Late Bronze Age phase Troy VII followed (c. 1300c. 1180 B.C.) the phase believed to be when Troy truly existed.