By Scolding (self media writer) | 10 months ago 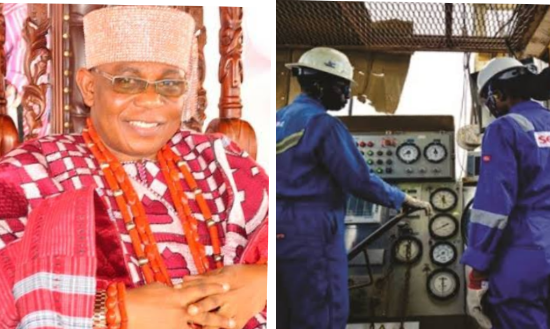 The Deji of Akure, Oba Aladetoyinbo Aladelusi, will on Sunday, September 19, proceed on his traditional annual leave.

This is contained in a statement by Mr Micheal Adeyeye, the Chief Press Secretary to the traditional ruler, on Friday in Akure. 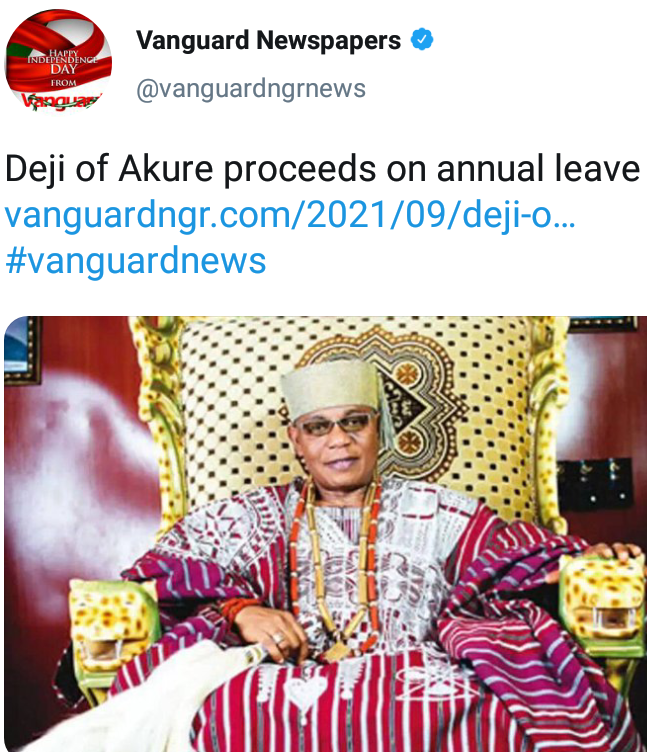 According to Adeyeye, the annual leave of the Deji of Akure is expected to last for a period of seven days, beginning from September 19 to 25.

Trading on the Nigerian equities market closed the week on Friday with a marginal gain of 0.08 per cent. 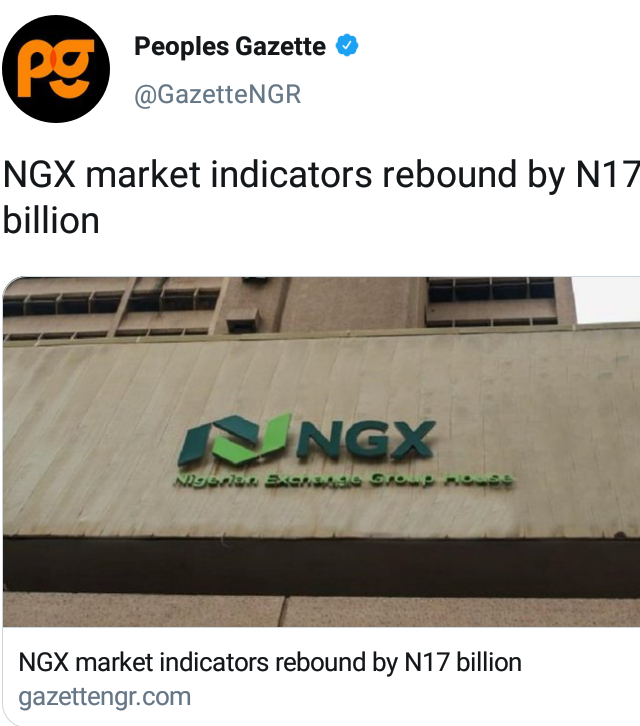 Consolidated Hallmark Insurance led the gainers’ table in percentage terms, gaining 8.33 per cent to close at 52k per share. A statement by his manager, Doris Udensi, on Friday in Abuja says, “His focus is to take a break from his street protests/peaceful demonstrations and put all that energy into conscious music like never before.

“This musical film drops on all TV, radio stations, and YouTube will also be available on all music platforms from September 20.

Taliban fighters atop vehicles with Taliban flags parade along a road to celebrate after the US pulled all its troops out of Afghanistan, in Kandahar on September 1, 2021 following the Taliban’s military takeover of the country. 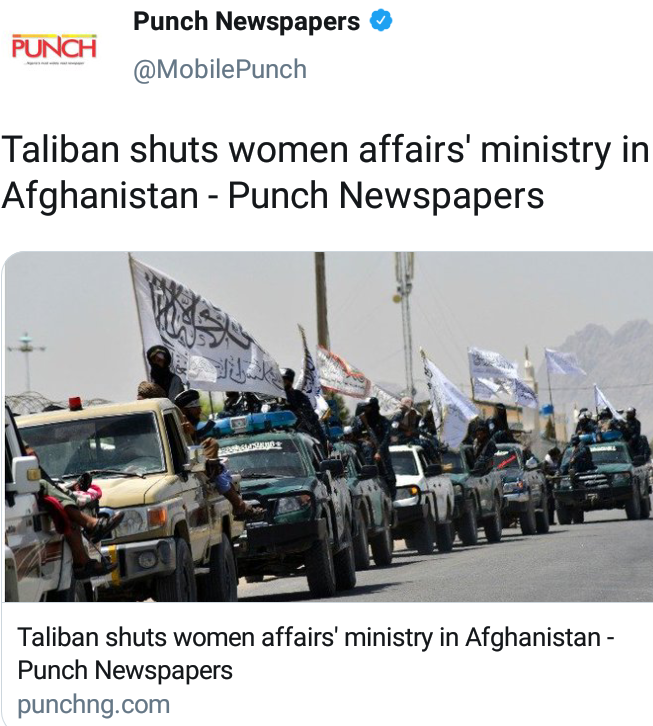 The Taliban appeared Friday to have shut down the government’s ministry of women’s affairs and replaced it with a department notorious for enforcing strict religious doctrine during their first rule two decades ago.

And in a further sign the Taliban’s approach to women and girls had not softened, the education ministry said only classes for boys would restart Saturday in an order for secondary schools to reopen.