The federal government has proposed N292.7 billion to retire maturing bonds to local contractors/suppliers of government. 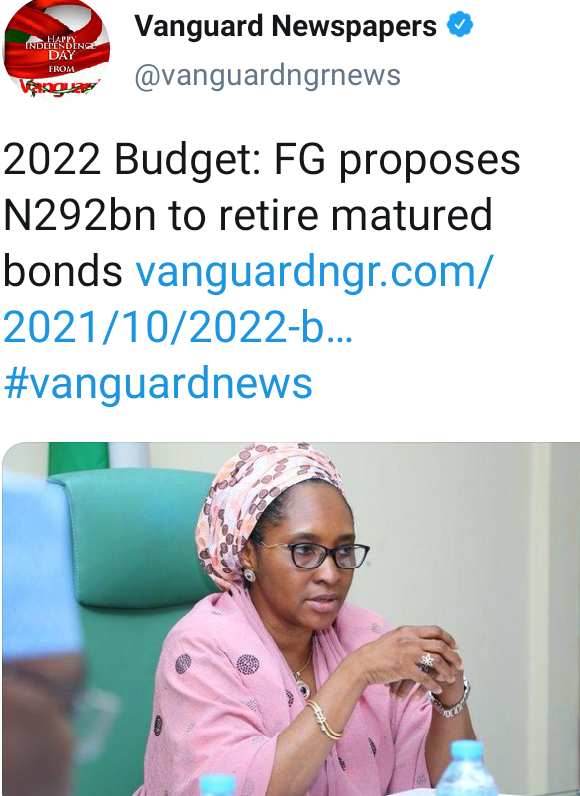 This represents 1.79 per cent of total expenditure.

Minister of Finance Budget and National Planning Mrs Zainab Ahmed made this disclosure at her 2022 budget breakdown in Abuja.

She said the move is aimed at settling the government’s obligations to contractors and suppliers in line with the FGN’s commitment to offset accumulated arrears of contractual obligations dating back over a decade. 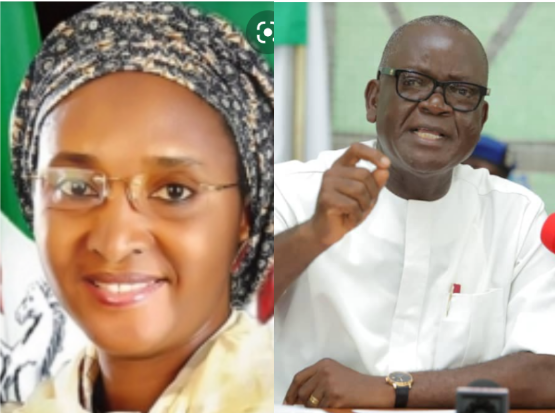 PDP will wrestle power from APC in 2023: Gov. Ortom

Governor Samuel Ortom of Benue says the Peoples Democratic Party had learnt from its mistakes and was ready to return to power in 2023. 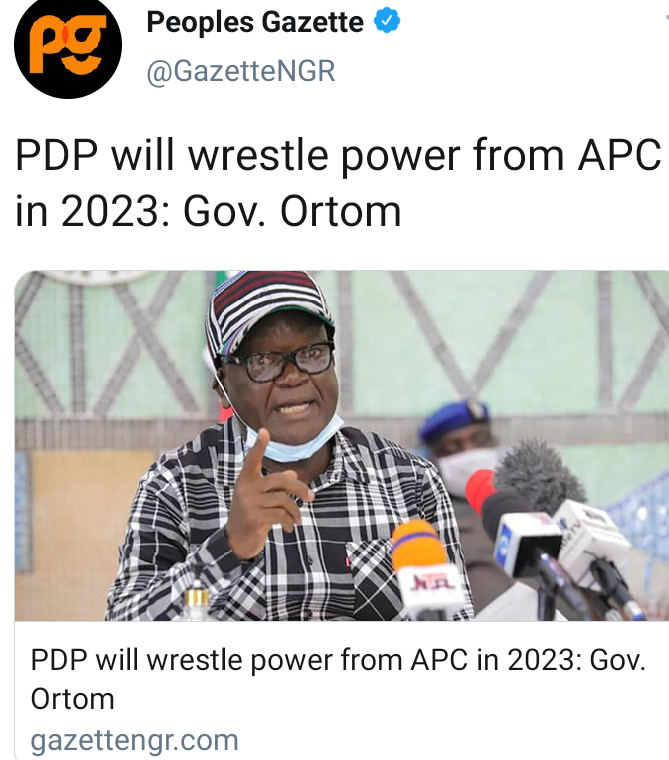 Speaking on Saturday in Makurdi, Mr Ortom said the opposition party was better positioned to wrestle power from the ruling All Progressives Congress (APC).

“PDP as a party made mistakes in the past and has learnt a lot of lessons from its mistakes and it is fully prepared to take over the leadership of the country from the APC.

“Nobody should deceive you that PDP is polarised. We are working together as a party.

Governor Simon Lalong of Plateau has said that local government elections held in the state on Saturday will consolidate peace. 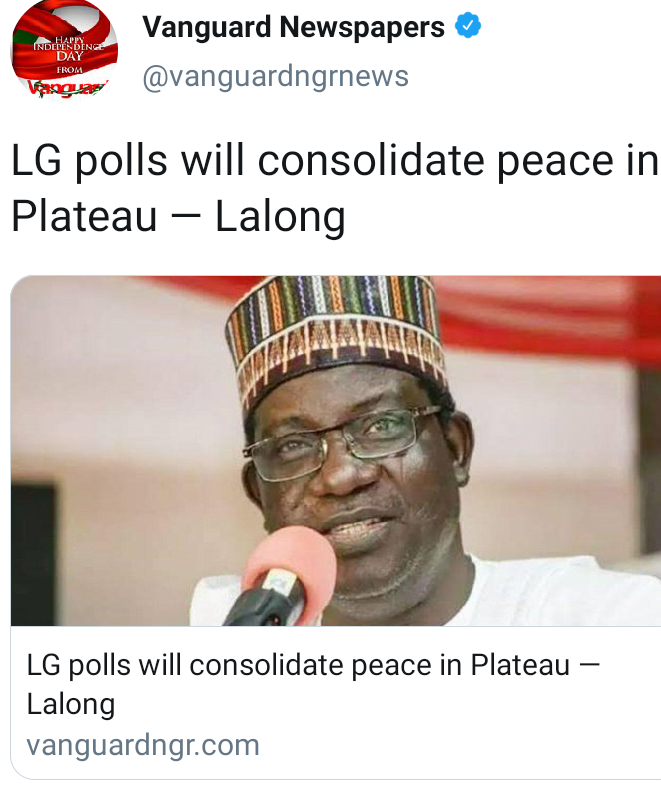 Lalong stated this while interacting with journalists in Ajikamai, Shendam Local Government Area (LGA) where he voted.

The governor said it was usually difficult to transit from one elected government tenure to another.

Four in police custody over criminal conspiracy, robbery in Niger

Four suspects are currently in the net of the Niger State Police Command over alleged criminal conspiracy, and armed robbery. 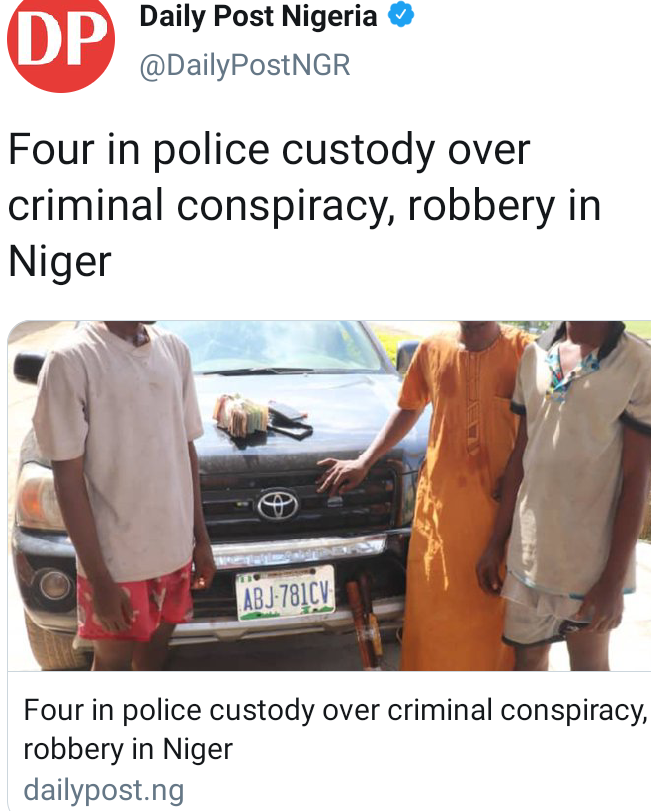 They were said to have broken into the residence of their victim and robbed him of property worth millions of naira including cash to the tune of N1,080,000 in Agaie, Agaie Local Government Area of the state.

The state Police Commissioner CP Monday Bala Kuryas confirmed this at the command’s Headquarters in Minna.

Governors elected on the platform of the All Progressives Congress, have renewed their commitment to implementing programmes designed to stimulate the economy to create jobs, reduce inequality and Poverty. 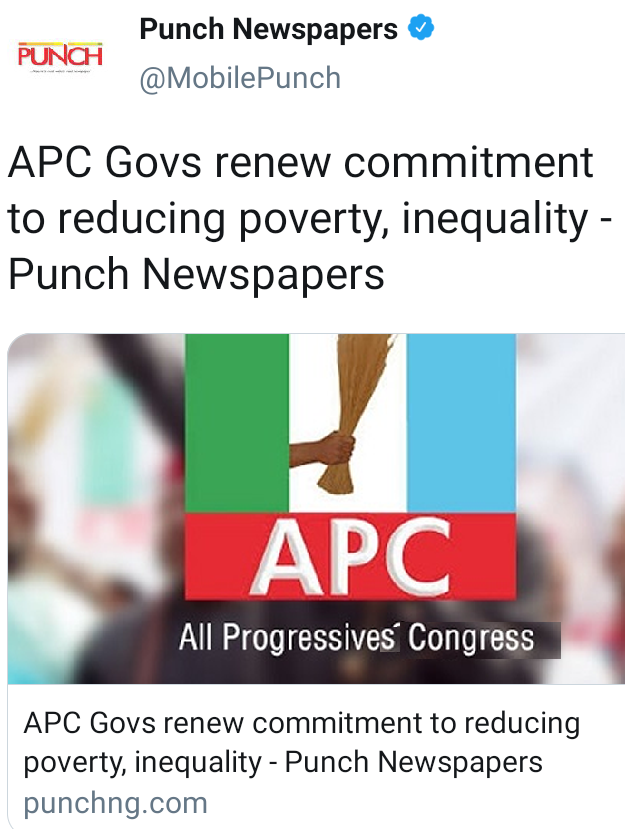 The governors made the commitment in a statement titled “60th Birthday Felicitation with HE Muhammad Yahaya,” signed by the Chairman of the Progressives Governors Forum and Kebbi State Governor, Abubakar Bagudu, in Abuja, on Saturday.

Bagudu said, “As we rejoice with HE Muhammad Yahaya, we also reaffirm our collective commitment to implement programmes that would strengthen the capacities of our progressive states to create jobs, stimulate economic activity, reduce inequality and diminish poverty in Nigeria.