Nigeria Sea Ports: Architect Of Its Own Economic Misfortune

By Ayoolalaitan (self meida writer) | 24 days 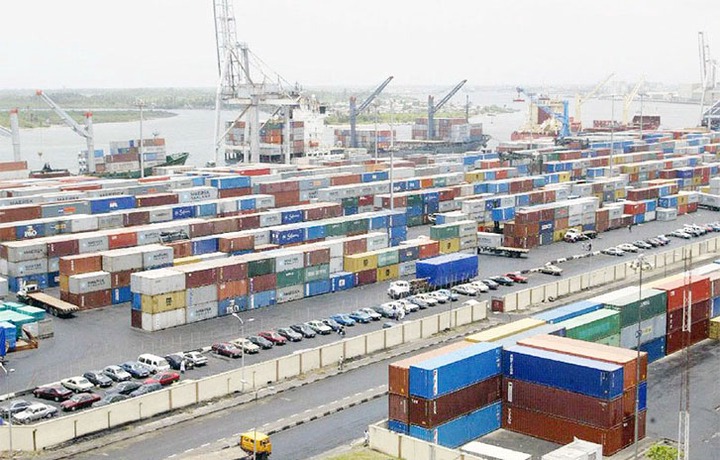 One such area in which Nigeria suffers significant losses is the shipping industry, which can be attributed to corruption, inefficiency, inability to modernize, and failure to restructure the industry.

Recently, a study by Dynamar, a Netherlands-based maritime research firm, issued a damning indictment on the operations of the seaports. It estimates that the country is losing $55 million daily to the congestion at the Apapa ports.

This is happening at a time when the state of the nation’s public finances is in the red due to the impact of the coronavirus-induced economic downturn, rapidly increasing population and other negative indices. Nigeria is often the architect of its own economic misfortune.

Most nations in the world rely on maritime trade as a reliable source of income, with the full annual impact calculated at $436 billion and 13.5 million jobs by the World Shipping Council. Unfortunately, multiple constraints, both natural and man-made, have prevented the Nigerian economy from reaping the benefits of this epic trade.

One of such self-made constrains is the rigorous physical examination of goods, manual verification of documentation, woeful infrastructure, broken down scanners, non-installation of trackers on trucks, sea piracy, too many public agencies muddying up the process, touting and reliance on a single mode of transport (road).

The congestion at the ports has caused the diversion of vessels to neighboring ports in Benin Republic, Togo, Ghana and Ivory Coast.

As the absurd delays aggravate, cargo is now being diverted farther afield. "Services have been diverted from Lagos terminals at Tin Can and Apapa to ports as far as 1,500km south of Lagos, in Pointe Noire in the Republic of Congo, with transhipment back to Nigeria," the report states. This is why Dynamar estimates that the daily financial losses now exceed $55 million. This is more than N20 billion a day; a similar amount Aliko Dangote, the business tycoon, released a couple of years ago. It is an economic disaster.

This has added to the cost of doing business, as well as handing Nigeria a weak rating in the ease of doing business index. Both exporters and importers are incurring heavy losses. There is another crisis over the keeping of empty containers and the teeming tank farms dotting the Apapa landscape.

The Nigerian economy is the ultimate loser, though its neighbors taking advantage of the situation might not really mind. Also, the poor road infrastructure in and around Apapa has added to the economic predicament.

However, the Federal Government has always identified the problems. Unfortunately, it lacks the will to implement the solutions. In October 2011, the then Minister of Finance, Ngozi Okonjo-Iweala, undertook preliminary reform that reduced the overbearing MDAs’ operations at the ports. The action, good as it was, worked only briefly before it broke down again.

The way forward is for the current administration to review its Executive Order on the ports, implement the 24-hour customs operations, eliminate all forms of touting and reduce the MDAs there. This will cut down the cumbersome and corruption laden manual operations.

"Relationship Becomes A Stress When You Are In Love With Someone Who Doesn't Love You," Lady Says