By OlowookereAO | self meida writer
Published 1 months ago - 2 views 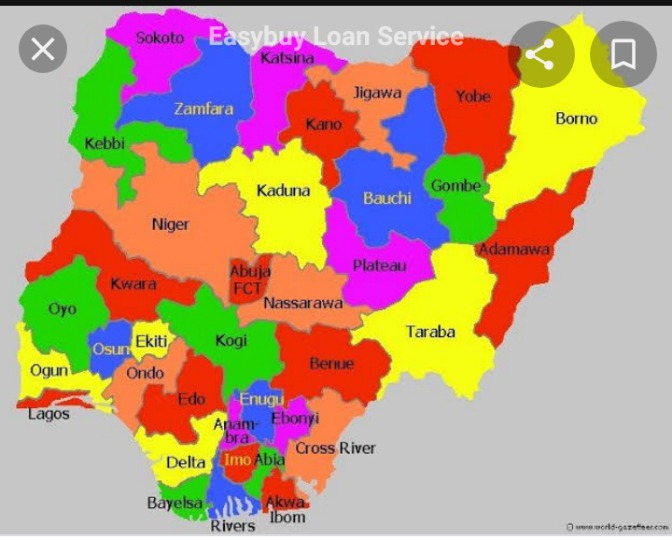 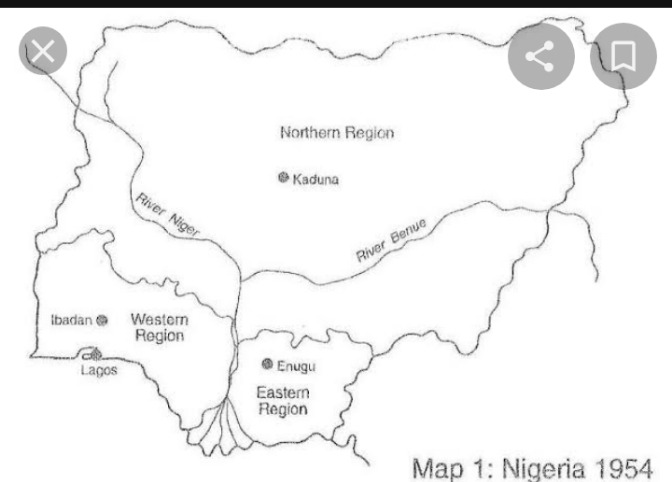 Nigeria as a country has come a long way. Nigeria was made as one in 1914. The is a story that every dick and Harry could tell. Either straight forward, either correct or not, either accurately or inaccurately constructed, we all knew that, Flora Shaw, the then mistress of Lord Lugard gave the name, Nigeria, to the southern and northern protectorates, that would later be known as Nigeria. 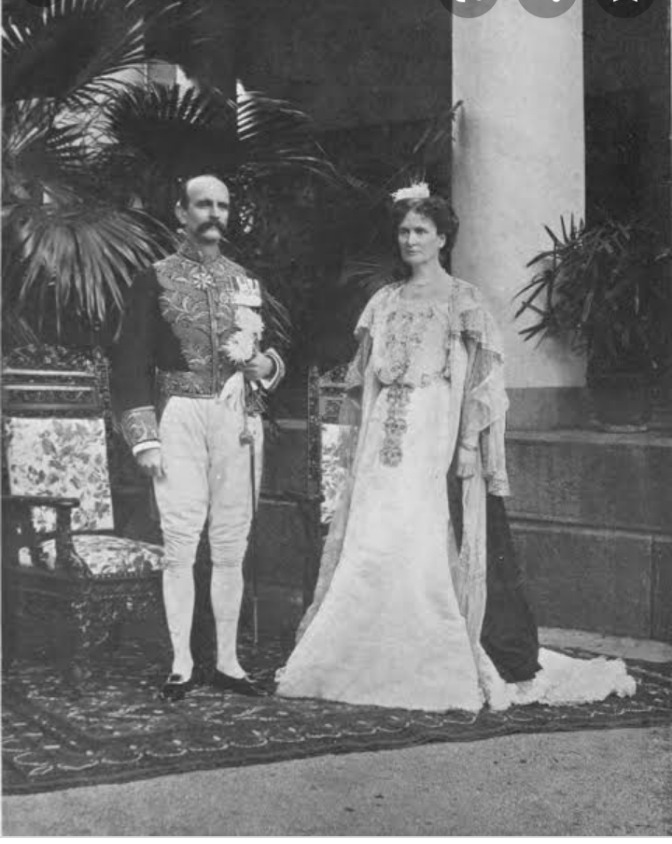 Before the colonization of our dear country, don’t be fooled that we’ve not been relating together. We’ve really done that, and quite a lot.

For centuries, the three major tribes(and the fragments of sub-tribes in the country) had had contact with one another, as such, they’ve traded and even been at wars together for long. 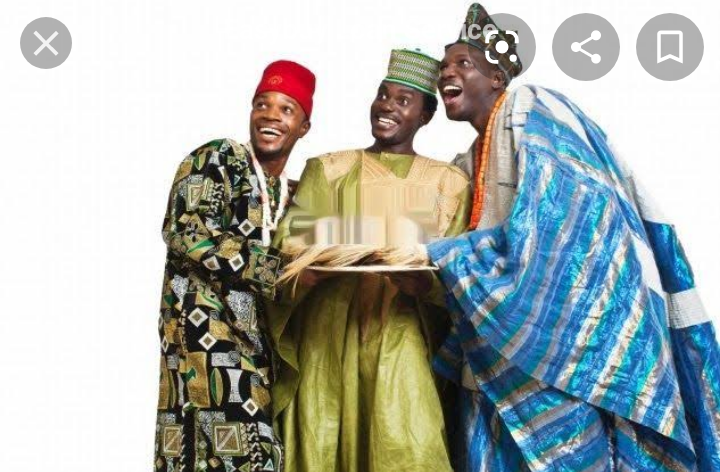 Joining together eventually wasn’t really a strange thing because, they all knew one another before the union.

To be frank, the Hausas and the Yorubas had been politically closer than the other tribe, Ibo. Although, the Igbos has always enjoyed closer relationship with the Yorubas in the areas of cooperation, domestic and business transactions.

The Igbos has been deeply rooted in the Yorubaland more than the Hausas. For example, in Lagos state, the Igbos have been commissioners, councilors and even head of Yoruba institutions.

Presently, silently, there is a crack in the wall of the union that seems to be expanding. This is not a new wound in the skin of the union. In fact, the wound has deteriorated into a foul smelling gangrene.

Right from Inception, to be precise, after the Biafra war, which is ironically between the Muslims of the North, and the Christians of the south, the Igbos and Hausas has always been at loggerheads: with both bearing bad records of each other in their various black books. 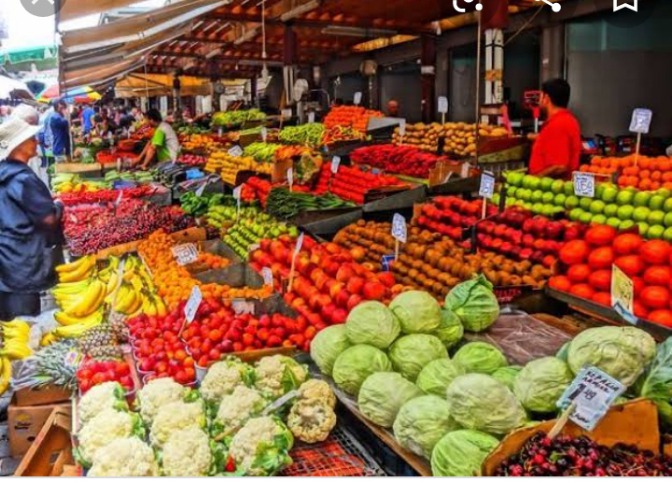 Right from the later part of 2016, the west has suddenly developed some strange awakening that has metamorphosed into series of animosity and mistrust in the union. This has resulted in the uprising of some youths all across the western states for the actualization of the sovereign state of Oduduwa. 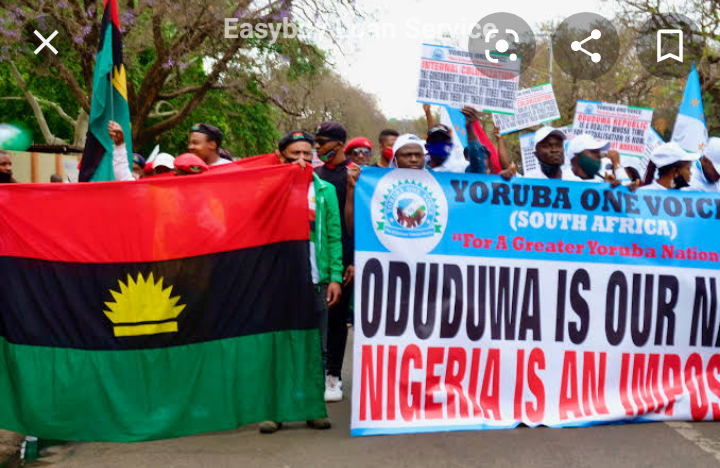 Either we like it or not, the move, that started last year 2020, the beginning of the worldwide spread of the dreaded disease, covid-19, has resulted in the rise of Endsars protest, until now that we have, the fulanis must go.

Towards the end of February, there was a release made by the Miyetti Allah organization that, food supplies should be halted from coming round to the West. This has created mixed reactions throughout the entire country. 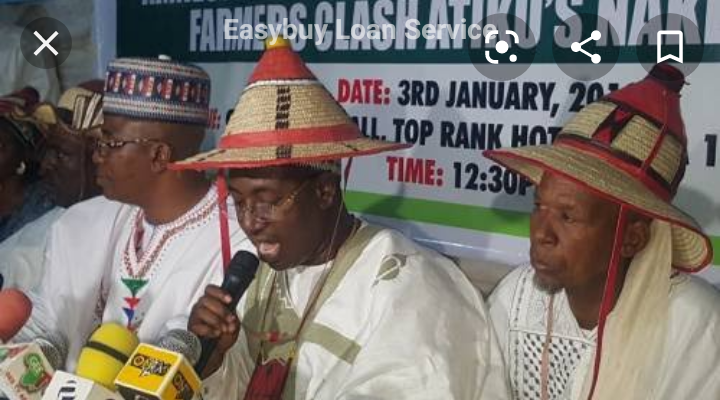 To be precise, in recent years back, food productions had dwindled in the south west. The rainforests that used to be the haven of greenery and concentrated agricultural boost has suddenly worn a contrary look of abject neglect. 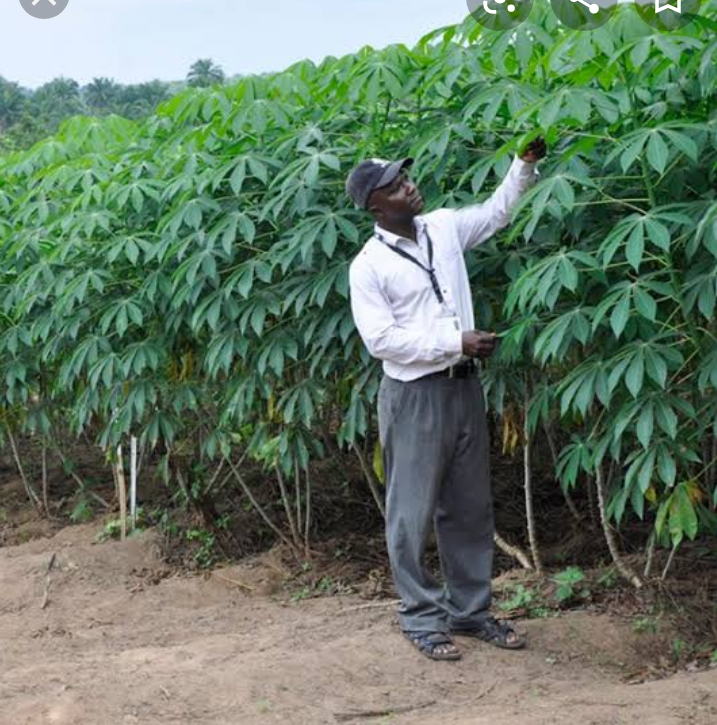 The immense move of able youths into Lagos (to be precise) from agricultural based regions such as the core Wests of osun, Ekiti, ondo and Ogun states in pursuit of golden fleece has in addition contributed to the serious decline in food productions in the South-western regions. 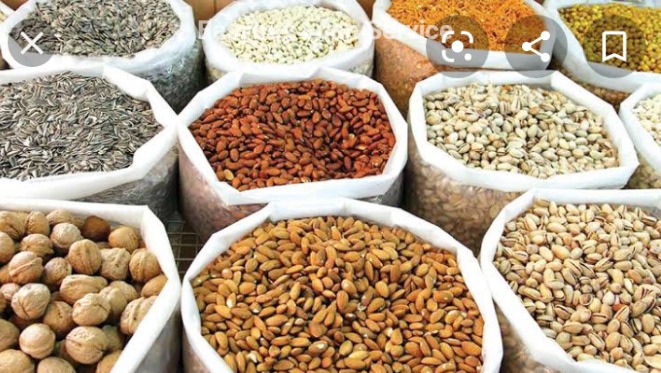 Now, the west has depended heavily on the North for the supply of virtually all food products. Foods such as yam(the abuja yam, in perspective), tomatoes, pepper, onions, water melon, cucumber and all other vegetables comes from the North. 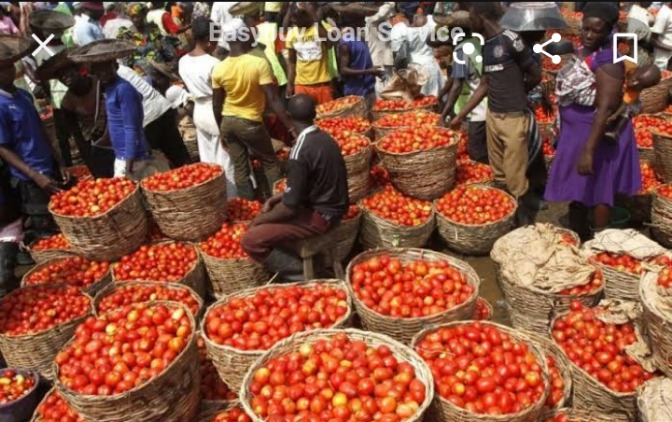 The Yorubas of the southwest are not at all prepared to go to the farm. Yorubaland is filled with fertile arable lands. The forests drips with manure and decayed leaves that has boosted the soil compositions over the years of neglect. Strangely, those who could farm the lands, those who had been deeply involved in the development of the lands has retired. Some to death, and some from Public prominence. The lands has been sold off for quick fortunes and immediate satisfactions in the devalued Naira. 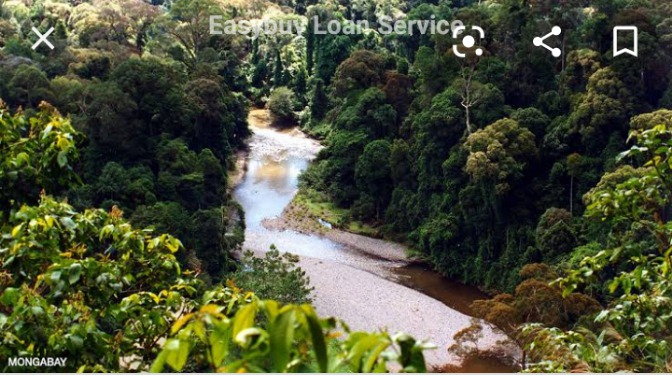 It would be very difficult for the west to be self sufficient food wise for the next 5 years. Farming has become a thing an average yoruba man viewed strangely and with utmost sense of fear and unequipped realities. 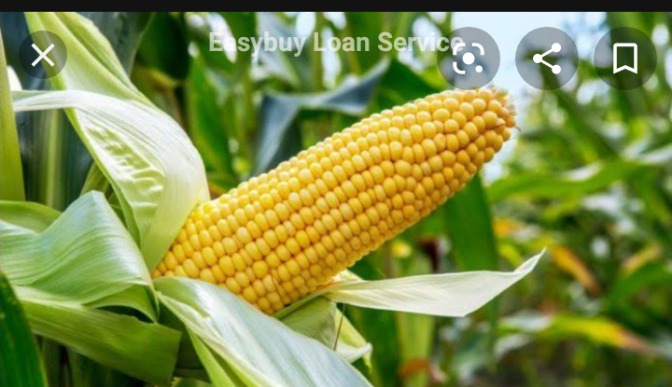 Traditionally, the Yorubas has been brought up to believe that, without education, you can never make it. Food is a principal thing that can never be improvised or replaced with another entity. Once hungry, you can never be alright until you have gotten food. Now that the west has left the farm for long, to go back to the farm would be very difficult. 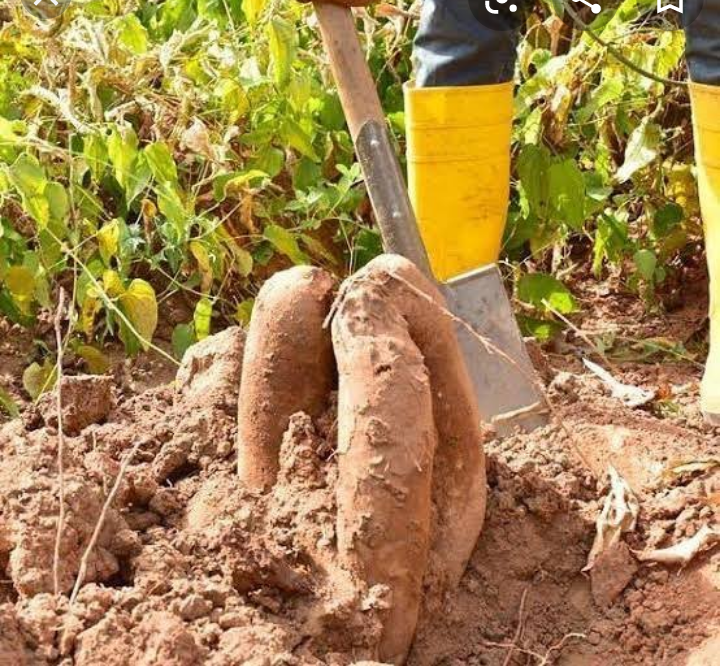 To maintain the little union in the country would now be very difficult since the tribe supplying another part the most important commodity in the commercial sphere of togetherness has threatened or rather, decided not to send forth food any longer. 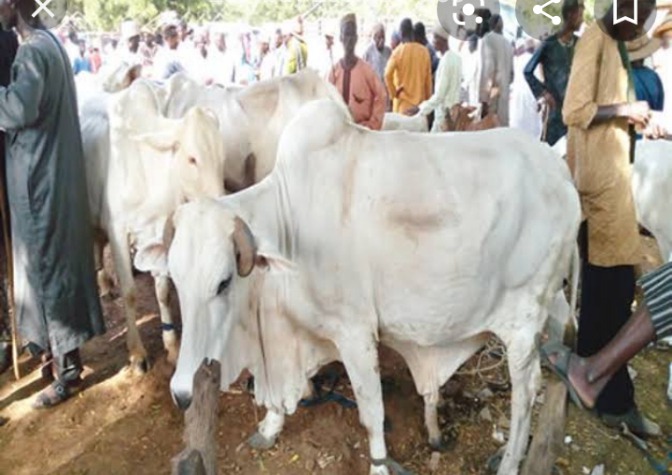 The South-western geopolitical zone of Nigeria, the Yorubaland is in serious fit! To go back to the farm now would appear like trying to cut down branches of trees to make shed to cover when the rain has already started. It would be very difficult to start to prepare anything now to satisfy whatsoever imminent food scarcity that would definitely arise once the North stops the supply of food to the West.

For years, every government had called and clamored for the diversification of the means of getting food and income in the country. They had clamored and introduced some petty loans for SME but it has failed. Also, the government itself did not in any way put in place a precise and true to claim measures that would boost up agriculture and food self sufficiency among the tribes. 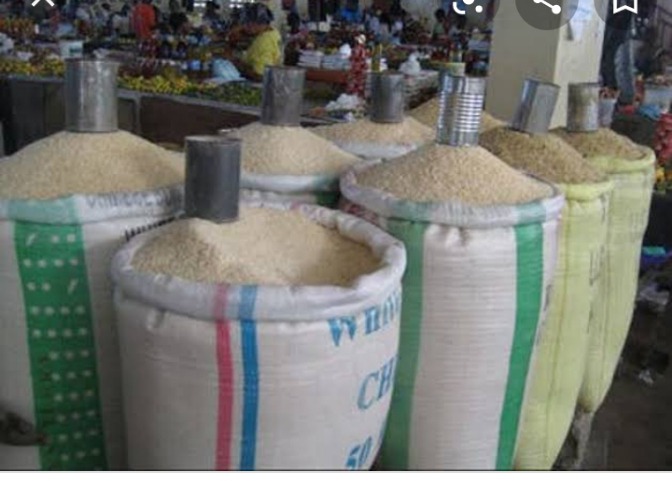 Yoruba has a lot to do.

My advise is, get in place working measures to start to boost agricultural awareness. Let the government start to lay good example by cultivating the soil also to boost the production of food for the citizens.

What is your take about the issue?

barcelona latest chelsea pre season matches how to get firm breast in 2 weeks ielts centers in lagos uche ogbodo
Opera News is a free to use platform and the views and opinions expressed herein are solely those of the author and do not represent, reflect or express the views of Opera News. Any/all written content and images displayed are provided by the blogger/author, appear herein as submitted by the blogger/author and are unedited by Opera News. Opera News does not consent to nor does it condone the posting of any content that violates the rights (including the copyrights) of any third party, nor content that may malign, inter alia, any religion, ethnic group, organization, gender, company, or individual. Opera News furthermore does not condone the use of our platform for the purposes encouraging/endorsing hate speech, violation of human rights and/or utterances of a defamatory nature. If the content contained herein violates any of your rights, including those of copyright, and/or violates any the above mentioned factors, you are requested to immediately notify us using via the following email address operanews-external(at)opera.com and/or report the article using the available reporting functionality built into our Platform

Give Them Hot-Hot with these Latest Ankara Styles 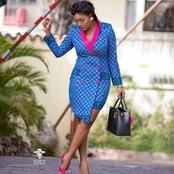 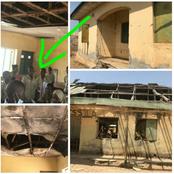 Reactions as Nigerians raises N14million for the disabled girl 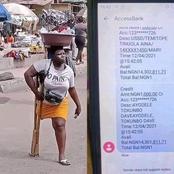 Dangote Is Fair To Nigeria, See How Much He Sells Cement In Ghana, Zambia 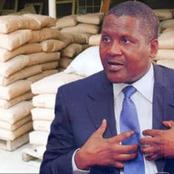 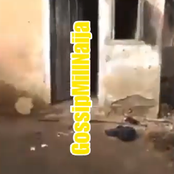 Story Of Adebisi Idikan, A Cocoa Merchant That Made A Lot Of Sacrifices For His People - Video 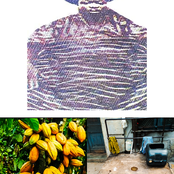 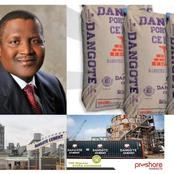 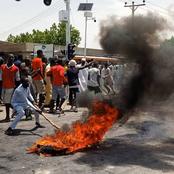 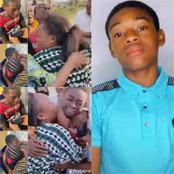 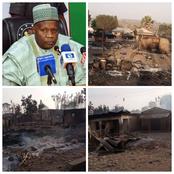