By Ayoolalaitan (self meida writer) | 20 days 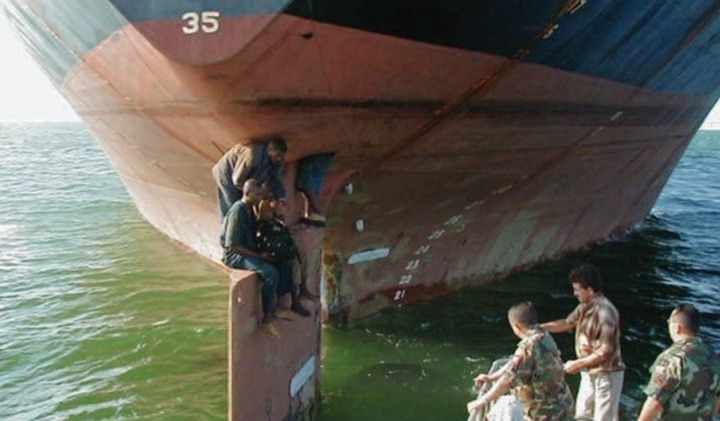 Seaports are usually regarded as the economic gateway to every nation. They play crucial roles in economic growth, stability and sustainability as the nation relies on ports for exports and imports.

In Nigeria, the Lagos Port Complex Apapa and Tin-Can Island Port Complex are the busiest ports linking the nation with the globe for trade, but the influx of ships in and out of these ports also pose opportunities for stowaway and Lagos in among the top 10 cities of the global index of stowaway.

While the more deserving accomplishments for Lagos ports is to be the leading ports in the sub-region and Africa, the reality is that Lagos ports are becoming more famous for numerous ills and challenges including stowaways which continues to record a higher number of cases over the years.

With 2017 being the latest, 432 incidents were recorded involving 1,420 stowaways. The majority of them, over 250 were Nigerian nationals with over 40 incidents cases at Lagos port.

However, a recent stowaway attempt was foiled last week, from Atlantic Pride vessel at the Petroleum Wharf Apapa (PWA) NNPC Jetty in Lagos. As seen in the viral video, four persons were seen disembarked by security operatives from the vessel with their belongings wrapped in clothes.

Meanwhile, Convention on Facilitation of International Maritime Traffic (FAL Convention) defines a stowaway as "A person who is secreted on a ship or in cargo which is subsequently loaded on the ship, without the consent of the ship-owner or the master or any other responsible person, and who is detected on boarding the ship after it has departed from a port or in the cargo while unloading it in the port of arrival, and is reported as a stowaway by the master to the appropriate authorities".

Few stowaway experiences have such happy endings as they're often granted asylum in country of destination while some may cause huge inconvenience, fines and expense on the shipping companies and occasionally end in disaster or repatriation. It is an indisputable fact that stowaways constitute a threat to maritime security and the shipping industry; as they have the capability to endanger ship and cargo and interfere with the smooth running of shipping operations.

The lack of stiffen penalty on stowaway is one of the problems in the country and there is need to call for a review of stowaway penalty.

The fine for stowaway in Nigeria is not always a tough punishment or penalty. Most people, when they're caught, they're asked to go sweep the court.At times, the lawyers will argue that these people are still within the Nigeria context depending on the location where they're caught.

And such situation is no longer regarded as stowaway; it's regarded as attempted stowaway because such persons are within the Nigeria Explicit Economic Zone (EEZ). It becomes stowaway when the person crosses over outside our EEZ.

The jurisdictional issue ,as to where and how to categorize and classify stowaway is a major challenge. The government should do something about it. Also, the maritime stakeholders; port operators, port industry regulatory body and terminal operators must all put their hands on deck to tackle this menace.

Issue of stowaway is not only a teething problem bedeviling the maritime industry, it also portrays the porosity of the nation's maritime domain.

Before You Sleep This Thursday Night, Declare God's Protection Over Your Life With These Prayers

Opinion: Here Is Why George Floyd's Killer Derek Chauvin May Get Another Trial After His Conviction

The Most Prolific Female Muderer In History—Countess Elizabeth Bathory. Read About Her Here.