By Hotnewsforyou (self media writer) | 1 year ago

DESPITE pressure, the Federal Government, Friday, said it would not increase the price of Premium Motor Spirit, PMS, in June 2021 in order not to disrupt ongoing engagement with labour. 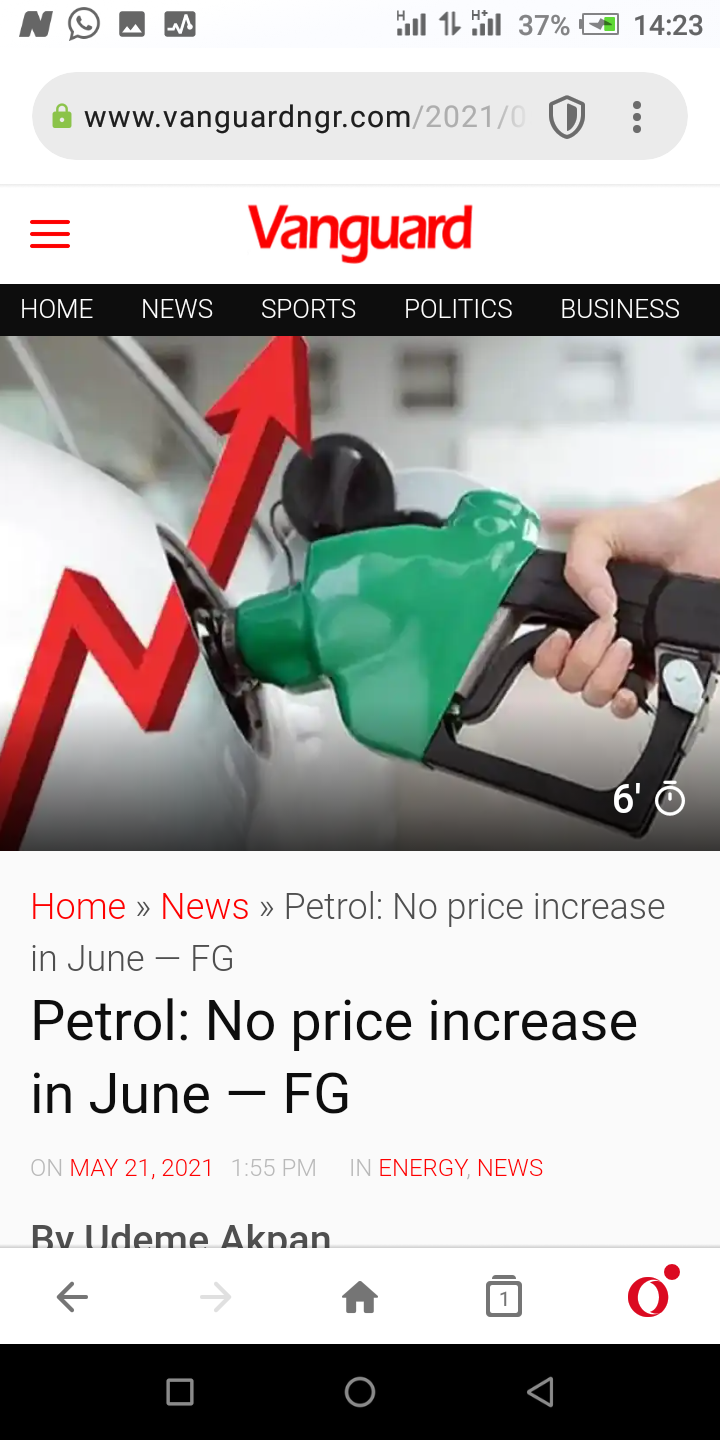 The Nigeria Governors’ Forum, NGF, had in their virtual meeting, Wednesday, considered the report of a committee headed by Kaduna State Governor, Mallam Nasir el-Rufai, and accepted its recommendation backing full deregulation of petrol price, which has been rising due mainly to the relatively high price of crude oil in the global market.

The forum which puts the pump price of the product at N385 per litre had also recommended that the federal government should buy 113 buses to cushion the effects of the price increase.

The Emene community in Enugu East local government has rejected the Enugu State government’s revocation of their ancestral land in the guise of acquiring it for a low-cost mass housing project. 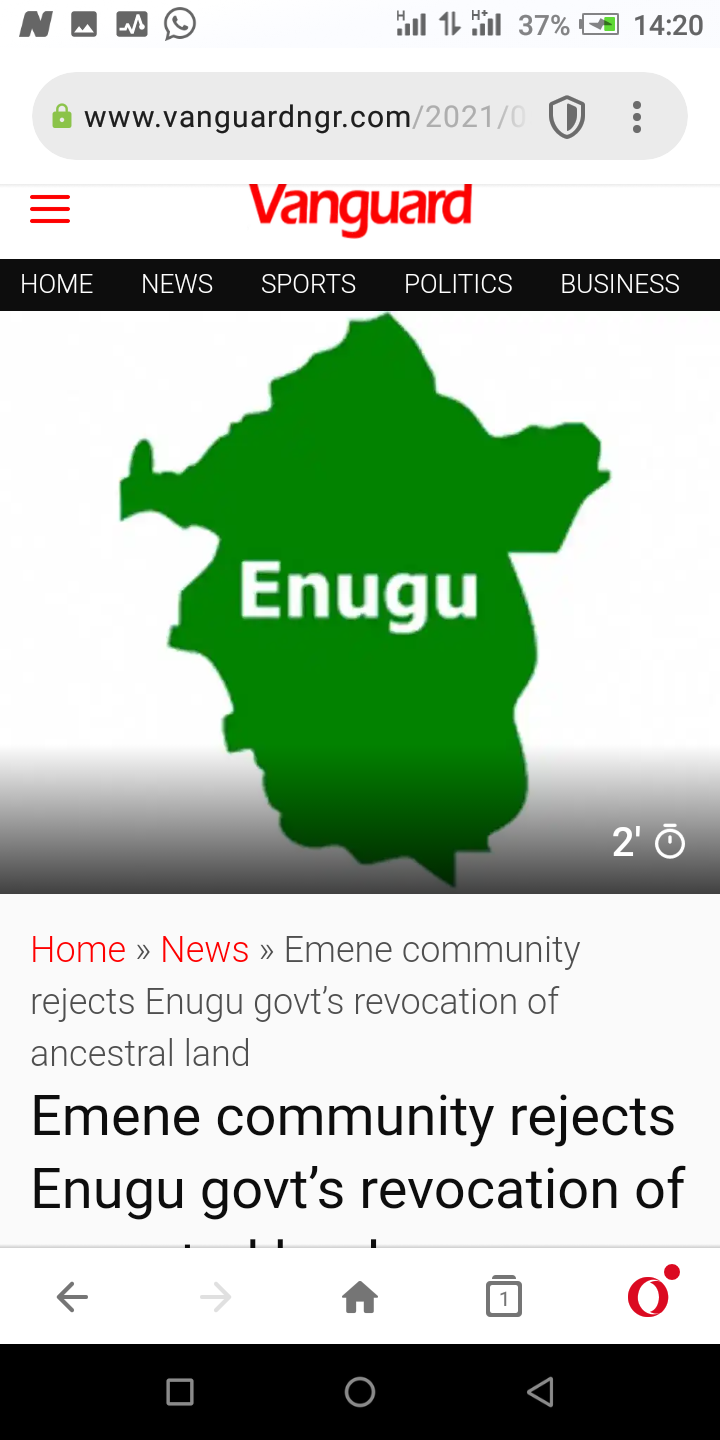 The community said that the government’s attempt was more painful given the fact that the same state government had in 2012 approved the over 200 hectares for the community’s Akani layout as their only remaining land inheritance.

They contended that the state government had taken almost all their lands except the Akani land layout which they said is the only portion remaining for their present and future generations.

Facebook Africa launches ‘Made by Africa, Loved by the World’ ahead of Africa Day

As part of its celebration around ‘Africa Day’ on 25th May, Facebook today announced the launch of its global campaign titled: ‘Made by Africa, Loved by the World’ – a series of short films unveiling the stories of eight phenomenal creatives and small business owners from across the continent who are breaking ground across the world.

Available to view on a dedicated ‘Made by Africa, Loved by the World’ microsite and the official Facebook Africa page from 21st May 2021, the films provide a glimpse into the global successes of African creatives and businesses hailing from Kenya, South Africa, Nigeria, Côte d’Ivoire and Gabon.

The European Union’s COVID-19 certificate should be up and running by July 1. 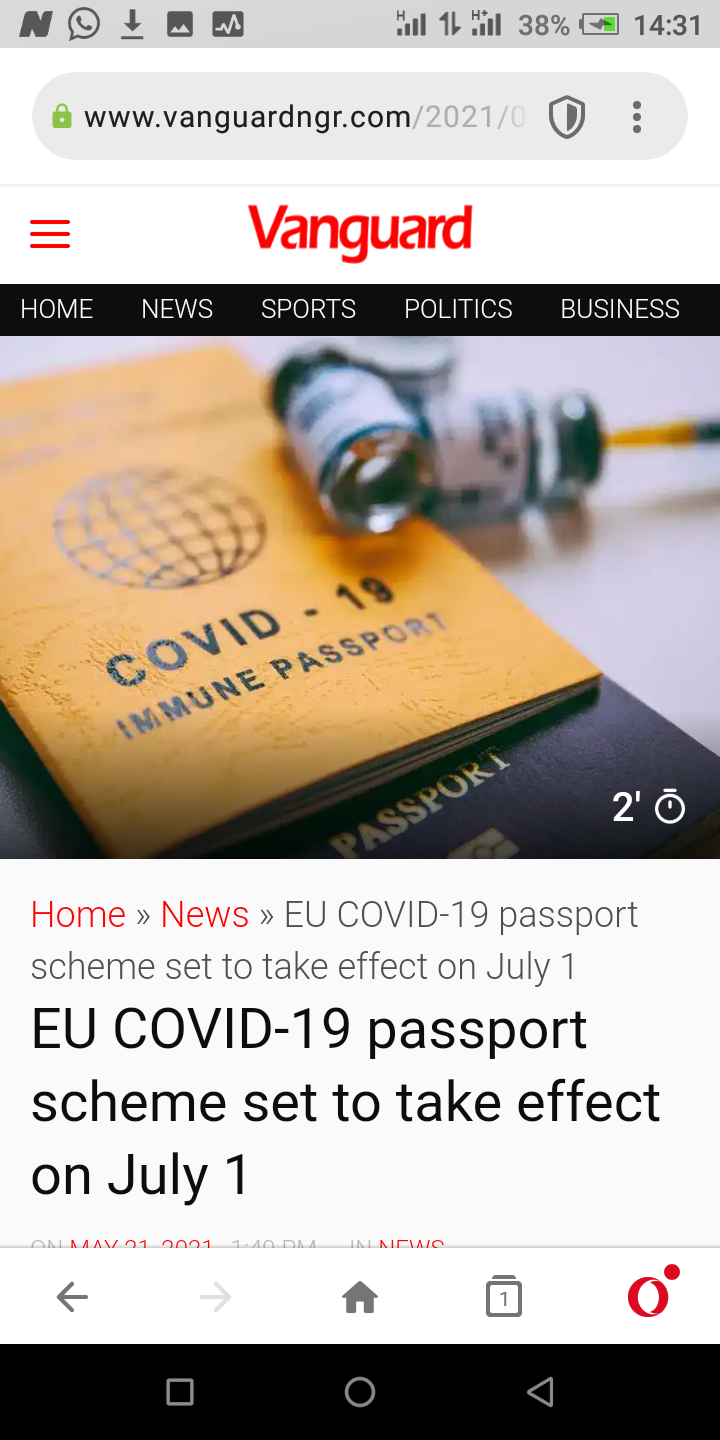 European Justice Commissioner Didier Reynders said on Friday, hailing a freshly struck deal on the scheme as good news for all European citizens.

However, a six-week transition period will follow for member states that need more time, the commissioner added.

This covers most of the peak tourism season of July and August.

Two persons were on Friday morning injured as another gas explosion woccurred at Onikoko area of Abeokuta, the Ogun State. 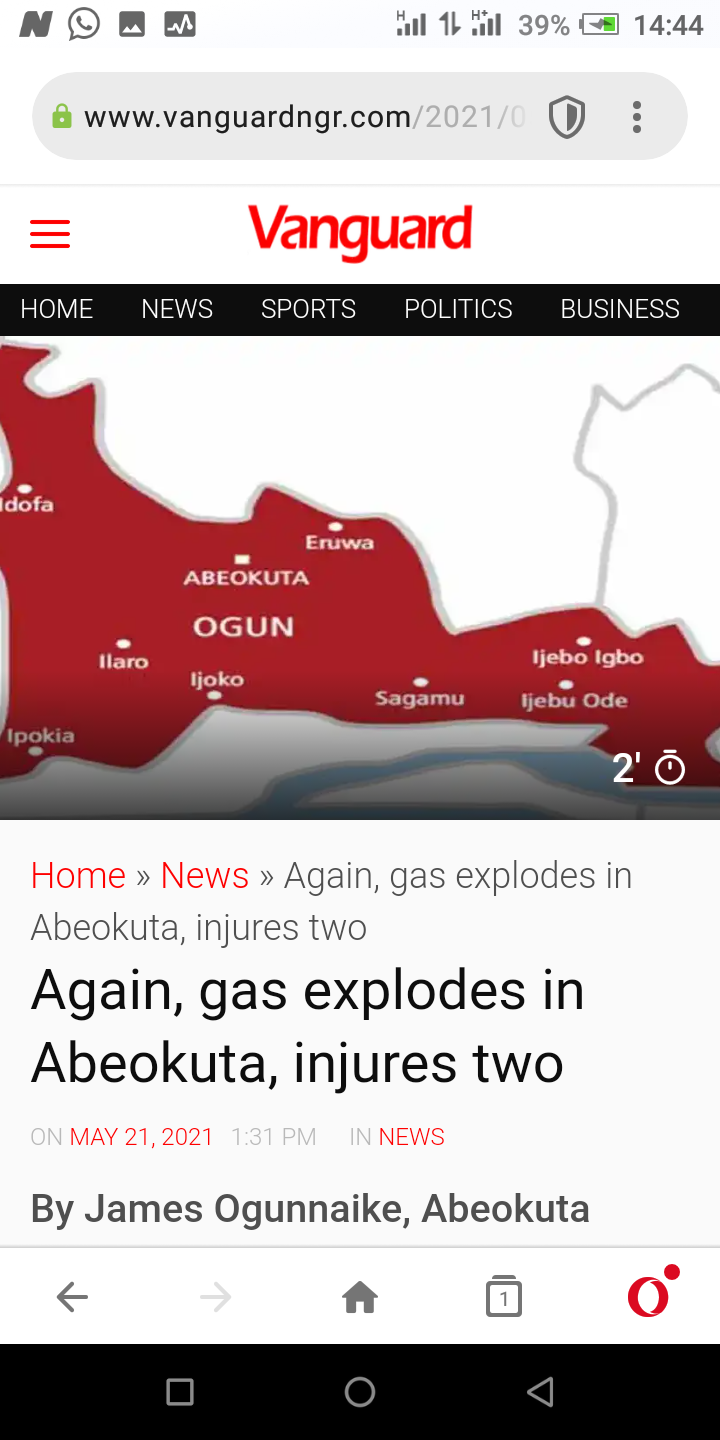 Our correspondent who visited the scene of the incident gathered that an industrial gas belonging to a construction company kept in its garage exploded throwing projectiles which injured the victims.

An iron splinter from the exploded gas cylinder flew to about 200 metres inside St. Leo’s College, Onikoko, and hit one of the victims who’s a woman on her chest, injuring one of her breasts.

The inspector-general of police, Acting IGP Usman Baba Alkali has put the Commissioners of Police in the Federal Capital Territory and Plateau State on immediate alert over planned attacks by Boko Haram terrorists.

In a signal dated May 19, 2021, with reference number TB: 0900/IGP.SEC/ABJ/VOL.TI/47 titled ‘Terror Elements to Expand Frontiers of Attack’ and addressed to the two commissioners of police, the IGP directed the commissioners to review their security architecture and beef up security around government facilities particularly in Abuja and Jos.

The circular signed by the Principal Staff Officer to the IGP, acting CP Idowu Owohunwa, also stated that the intelligence report revealed that terrorists are planning to attack other major cities not mentioned, in addition to Abuja and Jos, Plateau State.