By People'sDaily (self meida writer) | 16 days As China makes constant efforts to push forward with higher-level opening up, the country is obtaining greater competitive edges in global markets with the help of such growth drivers as technology research and development, talent cultivation, China-Europe freight trains, as well as cross-border e-commerce.

Cybrid Technologies Inc., a Chinese company mainly engaged in the development, production, and sales of functional polymer materials, had over 80 percent of its production lines operating during this year’s Spring Festival holiday in February.

“There are so many orders, and everyone is energetic at work,” said Wu Xiaoping, president of the company.

As a leading enterprise in the global photovoltaic (PV) panel market, Cybrid Technologies Inc. witnessed shrinking overseas market and declining exports at the beginning of last year due to the COVID-19 pandemic. 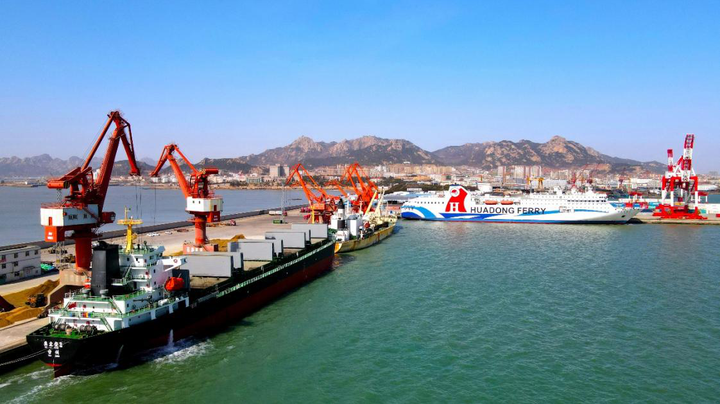 In the face of new difficulties, the company adopted a package of countermeasures timely and maintained its market share amid the pandemic. It has intensified efforts to get new customers in regions including Southeast Asia and Japan, and consolidated cooperative relations with old overseas clients through efforts to send anti-epidemic supplies to its foreign clients and provide them with technical services via video link.

What’s more important for the company is to hone its abilities, Wu said, stressing that technological innovation is where its core competitiveness lies and professional personnel hold the key to the company’s development.

Cybrid Technologies Inc. raised its number of research and development personnel from 70 to more than 100 last year, and intends to bring the number to 150 this year.

Not long ago, the company established a school, which offers courses regularly to cultivate a number of versatile employees who can shoulder the main responsibility in the company.

Innovation is the driving force for high-quality development of trade and the key to improving the value-added level of commodity value chain, said Wang Xiaohong, deputy director of the Information Department of China Center for International Economic Exchanges.

Since the cost of production factors rises continuously, traditional comparative advantages are declining, and export commodities have relatively low additional value, companies should speed up efforts to shift the driver of foreign trade from production factors to innovation, Wang noted.

China-Europe freight trains made a record 12,406 trips and carried a total of nearly 1.14 million twenty-foot equivalent unit (TEU) of cargo in 2020, marking year-on-year growth rates of 50 percent and 56 percent respectively. “This year we will send 3,800 containers of goods to Robert Bosch GmbH, and ship equipment to companies like Mercedes-Benz and Honda. Our annual value of foreign trade is expected to exceed 4 billion yuan this year, more than twice that achieved in 2020,” said Chen Jiangnan, an executive of an international freight forwarder in Chengdu, capital of southwest China’s Sichuan province.

As Chen made the above remarks, a China-Europe freight train carrying 50 containers of auto parts and electric tools for Germany’s Robert Bosch GmbH, one of the largest auto parts suppliers in the world, departed from Chengdu International Railway Port for Germany.

Thanks to the platform, small and medium-sized foreign trade companies have enjoyed new models for export trade.

According to statistics from Ningbo Municipal Bureau of Commerce, the CCEOA had driven about 24 billion yuan worth of export orders within half a year since its establishment.

This year, the alliance aims to facilitate export orders worth over 30 billion yuan and benefit more small and medium-sized firms.

10 surprising and interesting facts about Islam that you should know.

Enjoy Your Day With These Funny Lovers' Conversations And Others Pictures

A Report on DMX Public Memorial

Do these things if you want your phone to last longer as wanted.

The Reasons Why The "DOVE" Is Associated With Holiness, Divinity & Celestial Being

5 Safety Tips You Should Know While Using An ATM Machine