Naira Fails To Rise One month After Aboki FX Shutdown 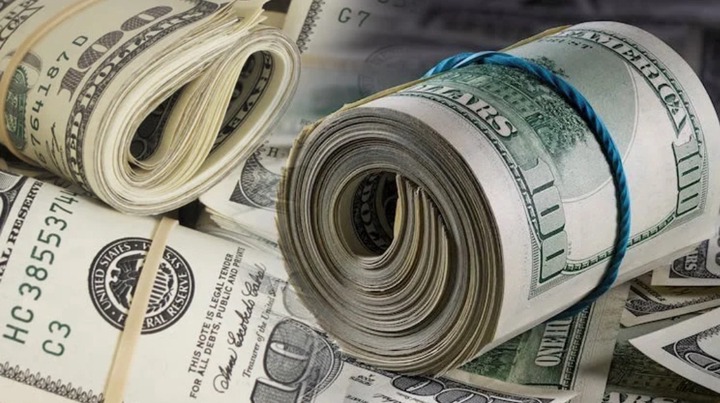 Almost a month after the Central Bank of Nigeria forced the Aboki FX currency trading platform to cease operations, the naira in the parallel market failed to rise, although it's stabilized, as observed on Saturday.

Worse still, the naira fell 2.6% to #422 per dollar, hitting an all-time high in the official market on Thursday.

Emefiele had said: "I have asked our experts to go after his website and make it clear that we will go after him as we cannot allow it to continue like this."

The platform had denied the allegations but suspended its updates, saying, "We sincerely hope that this suspension will lead to an appreciation of the naira from next week."

Speaking to Saturday PUNCH on Thursday, a former Director-General of the Lagos Chamber of Commerce and Industry, Mr Muda Yusuf, said the development was a proof that Aboki FX is not the problem, but more fundamental problems.

Yusuf, who is the Chief Executive Officer, Centre for the Promotion of Private Enterprise, said, “CBN needs to give the market a chance. Its current approach would further exacerbate the distortions in the economy, perpetuate the back and forth, fuel speculation, eliminate the supply of foreign exchange and stimulate the underground economy. The problem isn't with Aboki FX. It's essentially a question of policy. "

Yusuf attributed the current events in the foreign exchange market to the consequence of the political decision of the CBN for a fixed exchange rate regime and the administrative allocation of forex.

“It's a policy regime that a big corporation has built around the exchange of currencies: back and forth, speculation, over-invoicing, capital flight, etc. The bank's action is to combat the symptoms, not the causative factors, not a sustainable solution.

“It is unfortunate that the CBN does not believe in the market mechanism. However, market systems have proven to be effective tools for resource allocation in the world's major economies. Of course, market failures are recognized in economics, and those are exceptions that can be identified and addressed, ”said the former LCCI boss said

The economist argued that suppressing the market is like swimming against the current, which is an uphill battle to be won.

Yusuf added that moving retail forex transactions from traders from bureau de change operators to banks is like throwing the can down the road.

"The same problems would manifest with the banks," he said.