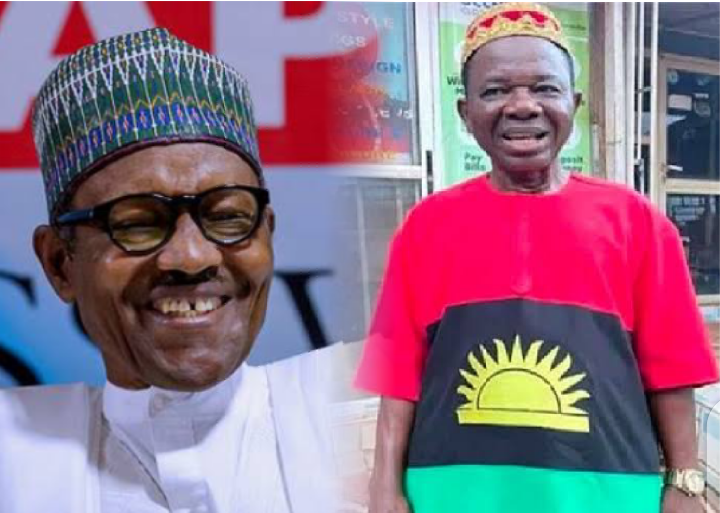 You Can Borrow To Fund 2022 Budget, NASS Tells Buhari

Members of the National Assembly gave their nod for more borrowing by the executive arm of government to fund the 2022 budget laid by President Muhammadu Buhari before a joint session of the federal legislature yesterday. 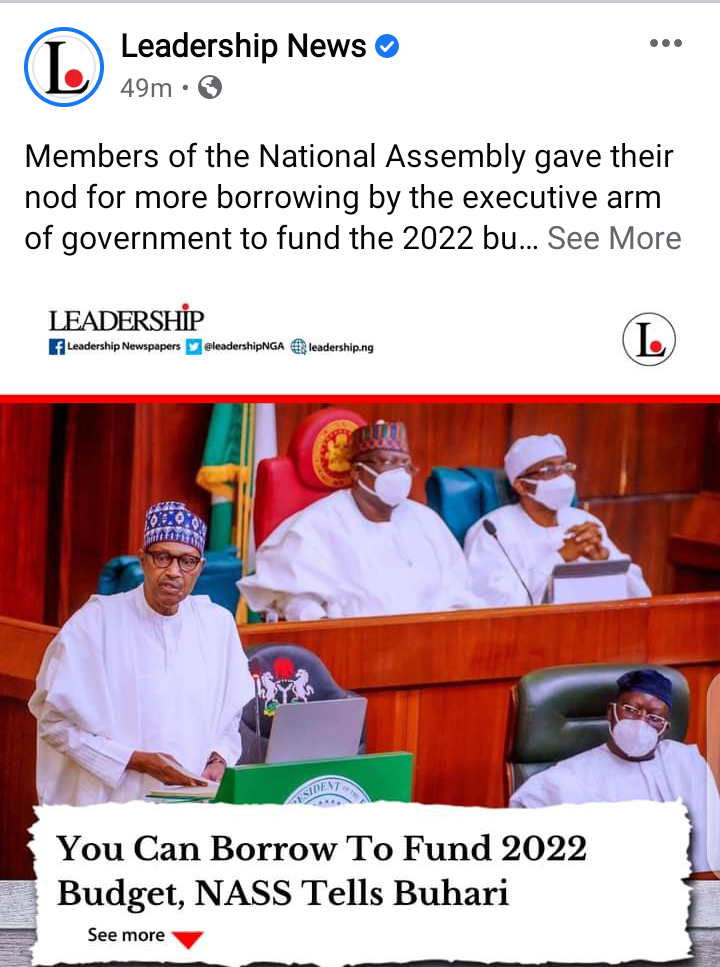 Tagged Budget of Economic Growth and Sustainability, the president assigned defence and internal security priority in a N16.39 trillion appropriation bill that requires N6.26 trillion to fund the deficit.

While presenting the budget to them, Buhari who arrived at the House of Representatives Chamber where the joint session was held at about 12:04pm said it would be the last budget his administration would be implementing fully.

Nollywood veteran actor, Chiwetalu Agu has been released by the Nigerian Army.

The actor was arrested by troops for wearing Biafra clothing. 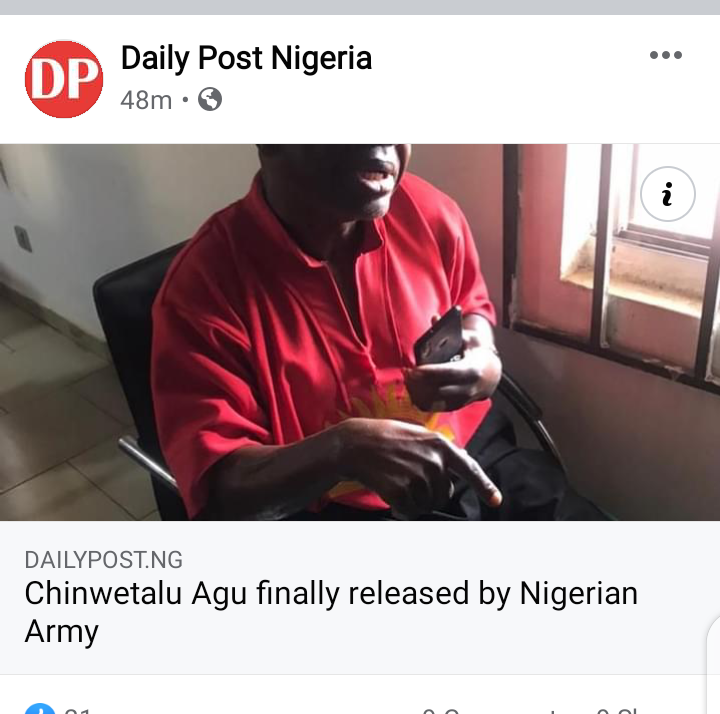 Agu was approached by two soldiers who wrestled him to the ground and dragged him away.

Speaking on the incident, Brig. Gen. Onyema Nwachukwu, the Director of Army Public Relations, said the veteran actor was apprehended for inciting members of the public and soliciting support for the proscribed Indigenous People of Biafra (IPOB).

2023: Zoning under threat as stakeholders kick in Cross River

The age-long zoning arrangement in Cross River State is under threat as some political gladiators are tinkering with the power rotation, arguing that it breeds mediocrity. 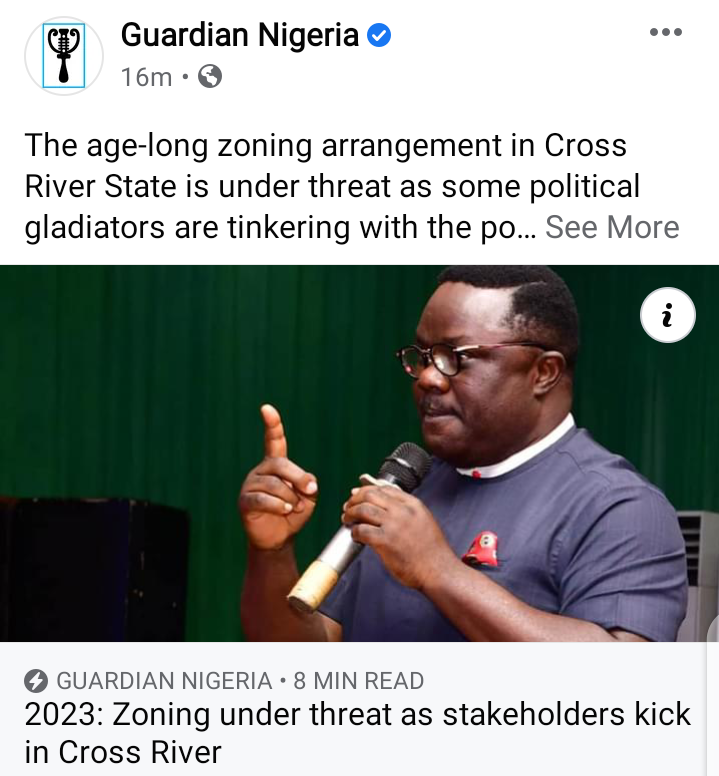 A school of thought is of the opinion that the three senatorial zones in the state have tasted the governorship; hence the next governor can come from any of the zones. To them, zoning breeds mediocrity. Another school of thought say power rotation could start from any of the zones, but excluding the North where the incumbent, Governor Ben Ayade, who will vacate office in 2023, hails from. However, some are insisting that the current zoning must continue on a rotational basis and for equity and fairness, it should continue from where it started in 1999, which is the Southern senatorial district.

The South emerged in 1999 through a fierce contest that saw Mr. Donald Duke of the Peoples Democratic Party (PDP) defeating the late Mr. Mark Ukpo of the All Peoples Party (APP) from the North.

Unknown to most Nigerians, they are now paying higher for electricity after the authorities quietly raised the tariff without notifying consumers of the product.

LEADERSHIP Friday reports that the slight electricity tariff adjustment in September points to the confirmation of plans by the federal government to withdraw its subsidy payment in the sector. 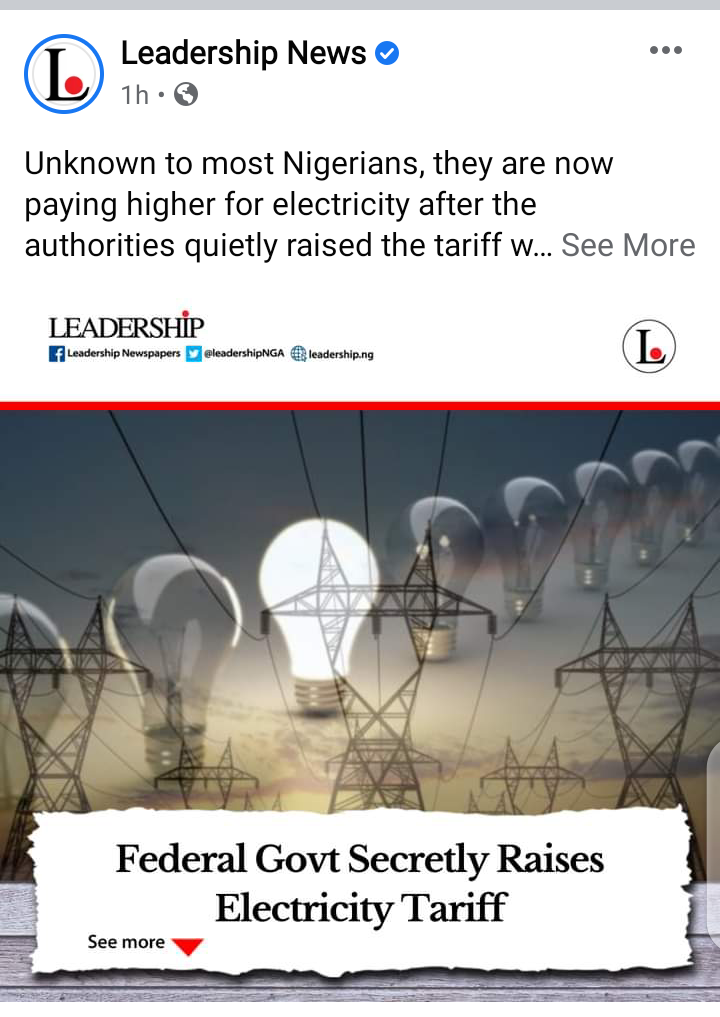 A discreet investigation by LEADERSHIP uncovered a clandestine tariff adjustment which key industry sources say was effected to gauge reactions from the public.

Though inquiry sent to Usman Arabi, spokesman of the Nigerian Electricity Regulatory Commission (NERC) to confirm the development was not responded to, LEADERSHIP Friday’s findings show that a 2 per cent hike was effected in September.