By EstherBabajideAnwo. (self meida writer) | 10 days 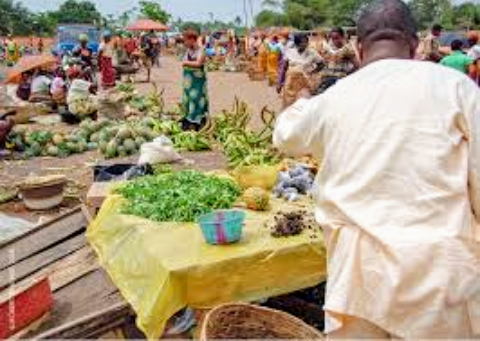 For illustration purposes only.

While it's a fact that the entire world as never be the same again due to the devastating effect of the COVID-19 virus pandemic. It's indeed essential to I critically review both the positive and negative effect of COVID-19 on the Nigeria economy bussiness and the way of life of the people in the society.

Although the impact of COVID-19 as been on how millions of people behave presently in the society and the future to come, when its becomes an history. During the hazard some lost their jobs,the Nigeria economy going down,some people bussiness went down and some lost their relatives and this result to some not having the same thinking mindset like how other fellow human-beings would think because individuals is likely to have their own challenges or financial and economic problem to face.

We all know that the world is never the same like before again i.e how its used to be. Due to the COVID-19 pandemic,at least something as definitely change and we now have a new style of working system in which some corporate offices as preferred to work or function majorly through online platform and people using face mask and sanitizer everywhere they go.

1.The previous ban on import and export.

The previous ban on the the import and export of goods and services in the country during the COVID-19 period as make some things difficult and goods expensive in such a way that people as no other choice than to buy expensive goods unlike how they buy it cheap before. Due to the fear of not risking the life of the people in the country and also not allowing non citizens and goods coming from other countries to enter, a ban was placed on anything going in and out of the country in which the border is being closed because the virus is not visible on the forehead and also touching of material things or goods can cause people to be infected as well. So the pandemic leave the people with a choice to choose between; opening the border and not being safe or closing it and making gooods and services expensive.

Since most of the materials used for production of goods and services seems to be very cost and expensive,the rate at which companies and industries will produce or manufacture their goods will be very low as well i.e they won't produce as much as before again. Taking a brief look at the law of demand and supply,its states " the higher the price,the lower the quantity demanded". Indirectly,if there's a low quantity demanded by the people due to how things are cost, definitely COVID-19 as caused scarcity of money in circulation among the people in the country.

When there is scarcity of money in circulation in which goods become expensive, people and farmers who know how to cultivate become discouraged in planting because they don't have enough money to buy farm produce and fertilizers needed to keep their farm from pests and keep it in an adequate and good proportion, this reduces the flow of food in the country economy.

Due to the facts that as goods and services become cost,the increase of tax placed on transportation and big companies makes some of them to move away from the country back to their own country or closed down finally, thereby leading to low development in the society and country at large.

The people in the society didn't have enough good food to eat in which they couldn't afford 3 square meal per day,while some may take 1 meal or 2 meal or even nothing at all daily. According to the food Agricultural organization (FAO) defines food insecurity as a situation when people lack regular access to enough good,safe and nutritious food for normal growth and development of the body system. 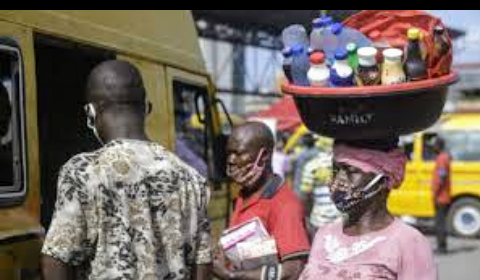 For illustration purposes only.

When people don't have money, poverty become a normal thing in the circulation,thereby leading some of the people to go on hunger strike or probably die of hunger.

Too much tax on transportation of goods and services will lead to the increase in the cost of buying and selling, thereby not making the people to buy very well as they are expected.

Some of the people who didn't know how to operate laptop, phone or computer find it very difficult to do this kind of online business, thereby hindering them of the advantage there in.

Prior to that time the COVID-19 pandemic as made some people to lose their office job and those who are Lucy not to lose theirs, the monthly salary given to them is being reduced or cut into two. For the middle and low class,it's sounds unfavorable for them because a person collecting 10-15 thousand as salary before and it's now being divided into two, how will they survive and manage themselves as a family? They will need to strife and work harder than before thereby making them overworked.

Although COVID-19 as done a lot of damage and leave the people with choice, there are some positive measures individuals as a person can take is that:

Those who knows how to farm e.g farmers should go back to it, whether only for their family (subsistence farming) or for the nation (commercial farming), it will help to sustain them and leave them not on hungry stomach and the people should try and eat more of their local food,this makes them more developed.

People who learn and know entrepreneur skills should make adequate use of it very well e.g baking, catering, fashion designer, hairstylist,e t.c, its serves as another sources of income.

People that have marketing skills should as well market their business very well, thereby enticing buyers to buy their goods and services.

Content created and supplied by: EstherBabajideAnwo. (via Opera News )

Sunday Igboho Didn't Mock Baba Adeboye As Rumoured, Here Is What He Said That People Misquoted.

Count Down Begins As Alex Finally Announces His wedding Date.

If A Lady Acts As If She Knows You In Public, Acts Like You're Friends, She Could Be In Danger- Lady

New Fraud Alert: Every Online Seller and Buyers Should Take Note of This.

Opinion: The Surest Way to make money and be relevant in your generation