Insecurity in Nigeria And Its underlying effects on the Nigerian Economy

By Pureheaven (self meida writer) | 13 days

WHAT IS CONCEPT INSECURITY 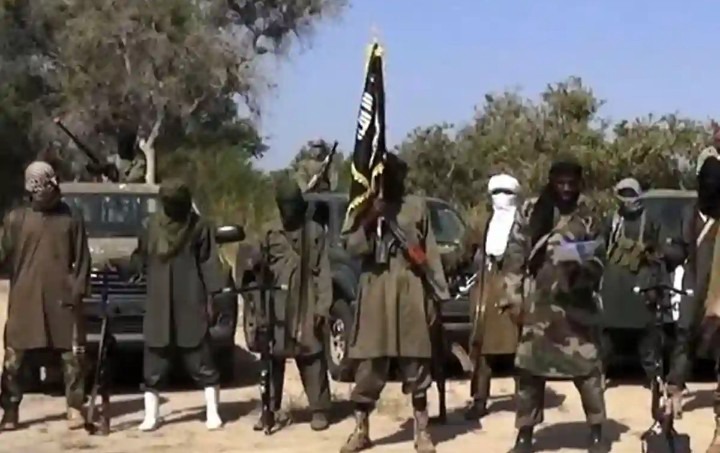 Insecurity is a feeling of inadequacy (not being good enough) and uncertainty. It produces anxiety about your goals, relationships, and ability to handle certain situations. Everybody deals with insecurityfrom time to time. It can appear in all areas of life and come from a variety of causes

Insecurity and terrorism has been a major challenge to the Nigerian government in recent times. The activities of the Islamic sect (Boko Haram) had led to loss of lives and properties in the country especially in the Northern part of Nigeria. Some of these activities include bombing, suicide bomb attacks, sporadic shooting of unarmed and innocent citizens, burning of police stations, churches, kidnapping of school girls and women, etc. Kidnapping, rape, armed robbery and political crises, murder, destruction of oil facilities by Niger Delta militants alongside the attacks carried out by Fulani Herdsmen on some communities in the North and South have been another major insecurity challenge facing the country. Nigeria has been included among one of the terrorist countries of the world. Many lives and properties have been lost and a large number of citizens rendered homeless.

Families have lost their loved ones. Many women are now widows. Children become orphans with no hope of the future. This has implications for national development. Government had made frantic efforts to tackle these challenges posed by terrorism and insecurity in the country and put an end to it but the rate of insurgency and insecurity is still alarming. The events surrounding September 11, 2001 and other recent events of terrorism across the globe especially the current wave of terrorism in Nigeria, had focused our minds on issues of terrorism and insecurity. This study therefore, investigated empirically the challenges of insecurity and terrorism on national development in Nigeria. The scope of the study spans from 1990 to 2012. Data used for this study was sourced from Central Bank of Nigeria (CBN) statistical bulletin, Newspapers and related journal articles on security issues. Using ordinary least square method of analysis, the result showed that terrorism and insecurity impacts negatively on economic development. It has made government to divert resources meant for development purposes to security votes. Expenditure made by government on security matters had significantly and positively impacted on economic development implying that expenditure on security matters has helped to ameliorate the negative effect of terrorism and insecurity despite the fact there is a crowding-in effect of security expenditure on economic development. This finding is in line with other studies on different countries of the world. It is therefore recommended that government should declare war on terrorism and seek assistance/advice from international communities who have in the time past faced this kind on challenge and were able to tackle it. The Nigerian Military should be empowered more with arms to fight this insurgency. Government should beef up security in the eastern and southern parts of the country to curb the menace of insecurity. Grazing grounds or/and ranches should be built in all states of the country for Fulani herdsmen who rear cattle

Is the Nigerian government’s real aim not to show the world that it is leading the continent despite current challenges? In its statement it says, for example, that its economy is growing faster than any other on the continent and that it ‘remains the highest destination for Foreign Direct Investment inflows into Africa over and above South Africa and Egypt’.

This may or may not be true. According to the AfDB, growth rates are higher in places like Libya (11,6%), Sierra Leone (9,6%), Chad (9,5%), Côte d’Ivoire (9,3%), the Democratic Republic of Congo (8,8%) and Ghana (8,4%). Nigeria’s growth rate for 2012 is expected to be 6,9%, which is not bad at all. However, it is evident that with the exception perhaps of Ghana, these growth rates often come from a very low base and do not necessarily translate into meaningful trickle-down to improve people’s lives. Gross domestic product (GDP) growth as the only measure of prosperity is increasingly disputed. As has been said before, in the debate over who should lead the continent in forums like BRICS or get a possible permanent seat in the United Nations Security Council, soft power is what counts – not growth rates.

Images like those of the latest killings in Borno state last week, where 35 people were killed, are sent into the world on a regular basis, with very little mitigation by the government propagandists. Over 2 000 people are said to have died at the hands of Boko Haram in the past four years.

Speaking at the ‘Institute for Security Studies’ 4th international conference: National and international perspectives on crime reduction and criminal justice’ in Johannesburg last week, Dr Samuel Obadiah, of the Centre for Conflict Management and Peace Studies at the University of Jos, said there was still a lack of political will on the part of the Nigerian government to tackle the issue of Boko Haram head-on. ‘So many states of emergencies and the problem persists,’ he said. The religious divide in the country makes this a very complex issue for any president, especially one who hails from the south of the country.

Content created and supplied by: Pureheaven (via Opera News )