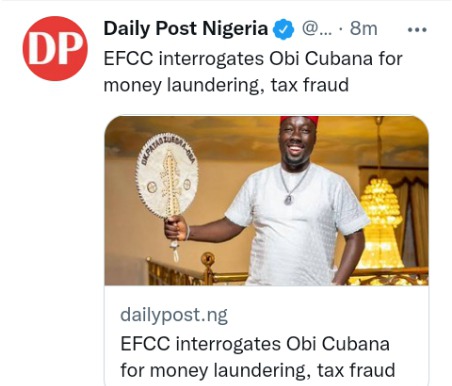 The famous socialite and entrepreneur is being probed for alleged money laundering and tax fraud.

Obi Cubana got to the EFCC headquarters in Jabi Abuja around noon on Monday.

Wilson Uwujaren, Head of Media told DAILY POST that he was out of the office and could not provide information.

"l cannot comment now, I can only speak tomorrow”, he said Monday night.

In July, Obi Cubana dominated social media after the burial of his mother in Afor Uzo, Oba town in Anambra State. 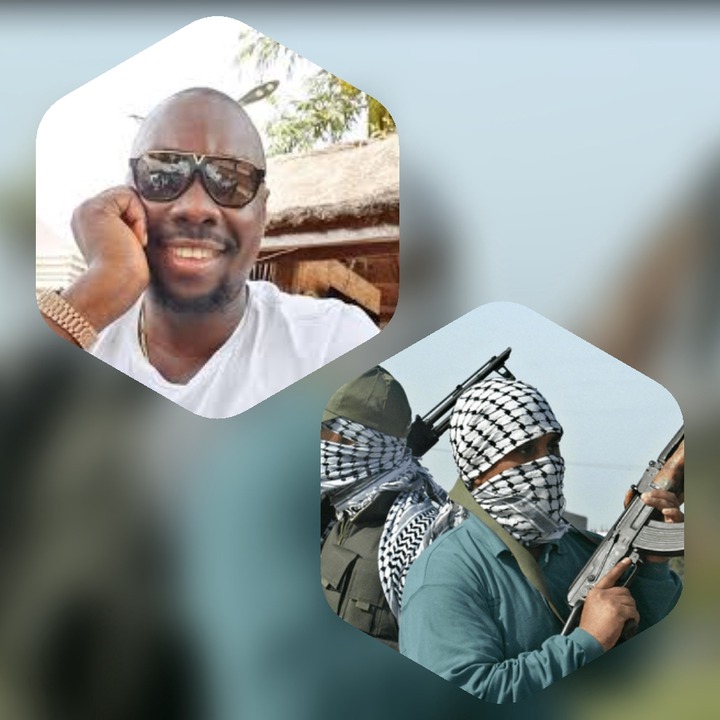 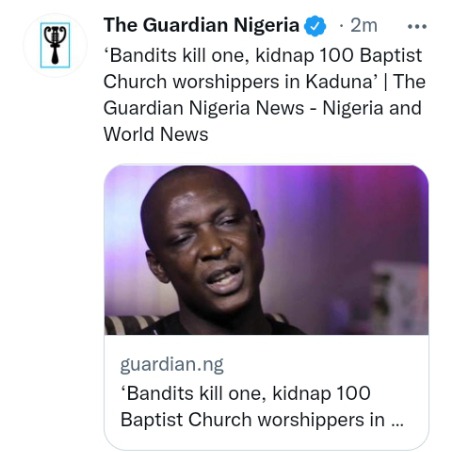 The Christian Association of Nigeria (CAN), Kaduna State chapter, has said the shutdown of telecom services in the state has worsened insecurity, as bandits had a field day on Sunday killing one and kidnapping over 100 Baptist Church worshippers.

Chairman of Kaduna CAN, Rev. Joseph Hayab, said, yesterday, that the security situation kept deteriorating, against the state government’s claims that it was on top of the situation.

According to Hayab, the insecurity in the state came to a climax on Sunday, when bandits stormed Emmanuel Baptist Church during service, killed one and abducted over 100 worshippers, while others sustained severe injuries. 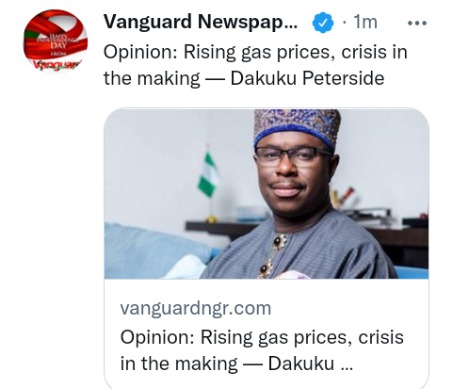 NIGERIANS are facing hydra-headed challenges on all fronts: debilitating insecurity, extreme poverty, hyperinflation, high cost of food and essential consumables, diminishing trust in government and its institutions at all levels, and worse, there is no clarity on the way forward.

In recent times, the continuous rise in the price of LPG gas (cooking gas) exemplifies everything wrong with Nigeria’s ecosystem and why our economic handlers should make a deliberate effort to create an atmosphere of optimism.

Kwara: Principals in trouble for collecting illegal fees from students 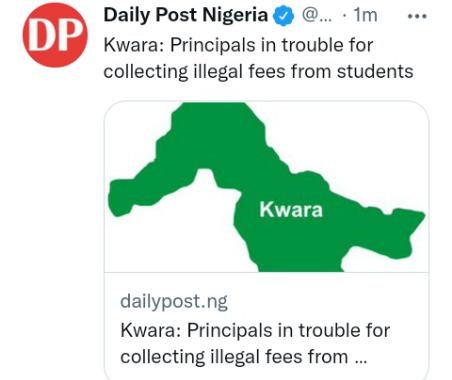 The Kwara State government has descended on some principals fingered to be collecting illegal fees not officially approved by the state government from students.

DAILY POST reports that the action of the state government followed reports by some parents to the state Ministry of Education and Human Capital Development headquarters in Ilorin.

They have been queried to serve as deterrent to those still in the act of collecting the illegal fees from students. 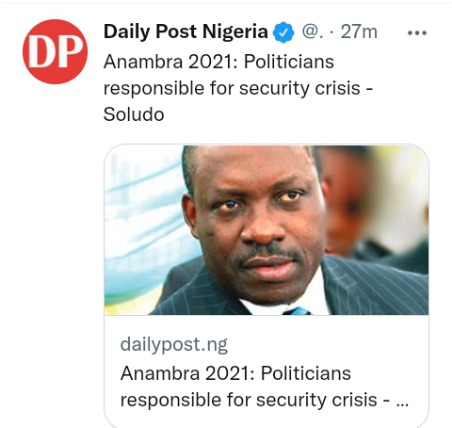 Professor Charles Soludo, candidate of the All Progressives Grand Alliance, APGA, for the November governorship election in Anambra State, has accused politicians of being responsible for the ongoing security crisis in the State.

While many people mostly in government have maintained that members of the Indigenous People of Biafra, IPOB, are responsible for the current crisis in the state, Soludo believes that politicians should be held responsible.

He suggested that Andy Uba, candidate of the All Progressives Congress, APC for the upcoming election might have a better explanation as to why the security situation in the state has deteriorated over the last couple of months.