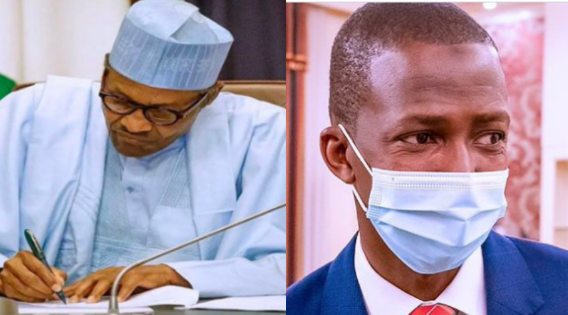 The federal government, yesterday listed its $3 billion eurobond in three tranches for investors, offering up to 8.6 percent for a 30-year tenor.

Eurobond issuances are debt instruments denominated in a different currency than the local one of the country where the bond is issued. 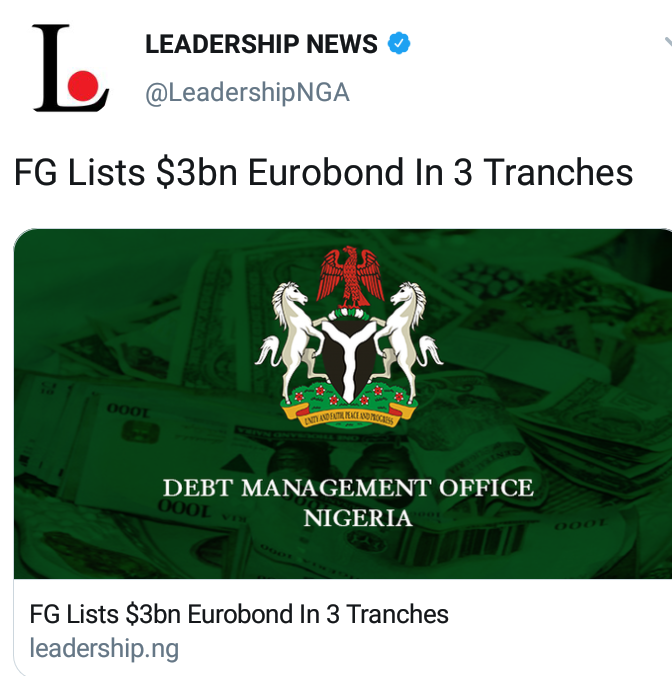 The federal government had earlier announced plans for the eurobond issuance at the international capital market (ICM) — and tapped local investors to participate for the first time.

“Through the eurobond issuance, Nigeria is expected to raise up to $3 billion but no more than $6.2 billion,” the Debt Management Office (DMO) had said, in a statement.

THE Chairman of the Economic and Financial Crimes Commission, Abdulrasheed Bawa, will appear in court on Wednesday to testify in the ongoing trial of Abubakar Peters and his company, Nadabo Energy Limited, for an alleged N1.4bn fraud before Justice Sedoton Ogunsanya of the Lagos State High Court, Ikeja. 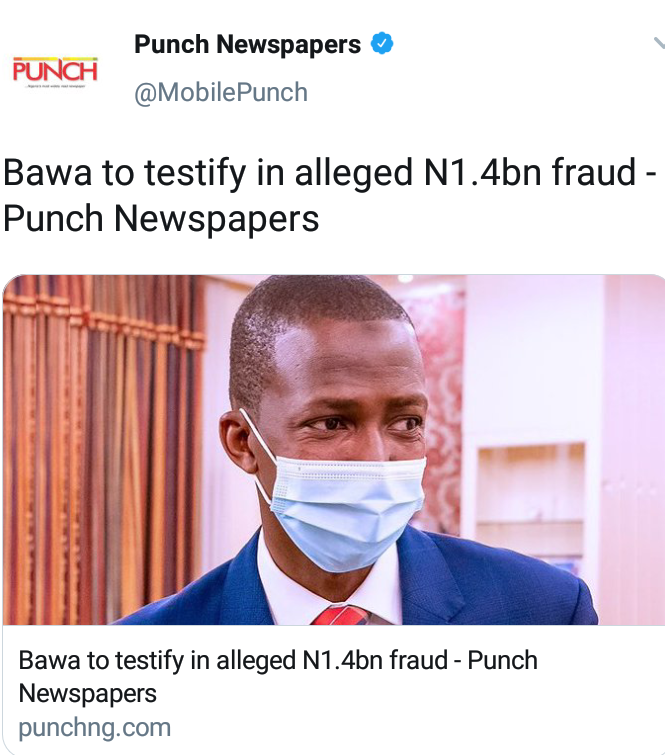 The matter, which was to be heard on Tuesday, was adjourned till Wednesday due to the absence of the defendant’s counsel.

Recall that Bawa had earlier testified in court in 2015, long before his appointment as the EFCC chairman, giving further evidence against Nadabo Energy in the N1.4bn oil subsidy fraud case.

The Amotekun corps in Oyo State has arrested three men for allegedly kidnapping and beheading a 73-year-old man, Adebisi Adeniyi. 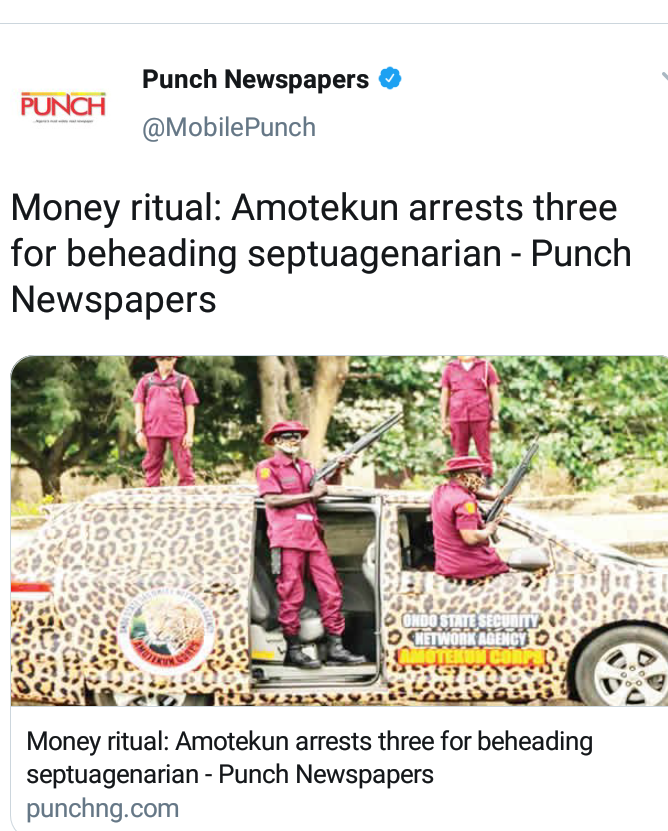 The suspects — Muraina Ismail, Olalekan Muhideen and Abdurasheed Olanrewaju — told journalists on Tuesday that the victim was kidnapped on Amuloko-Akanran Road on Sunday.

Ismail explained that he had been given N35,000 to get a human head, which Olanrewaju needed to prepare a ritual for money.

The suspect said when he and his colleagues could not get the head, Muhideen brought the victim, whom they slaughtered and beheaded.

The National Youth Service Corps (NYSC) has appealed to landlords in Lagos State to consider giving concessions to corps members posted to the state to alleviate their accommodation challenges.

Mr Eddy Megwa, the Lagos State Coordinator of the NYSC, made the appeal on Tuesday at the closing ceremony for 2021 Batch ‘B’ stream ‘2’ three-week orientation camp held at the NYSC temporary camp, Iyana-Ipaja, Lagos. 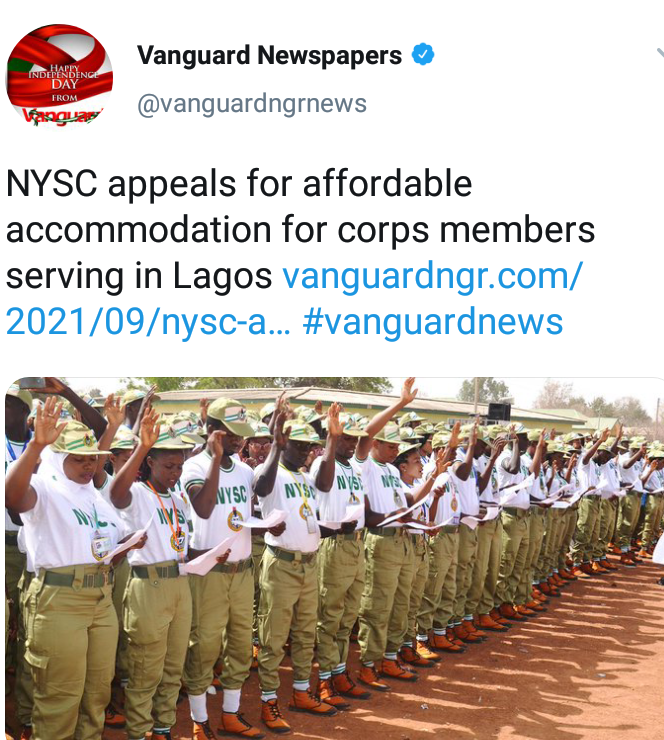 He called on landlords in the state, especially parents and guardians, to receive the corps members wholeheartedly and accord them necessary assistance, especially in providing them with cheaper accommodation.

“They will be discharging the one-year mandatory service to their fatherland here in this state of excellence, as required by the scheme of NYSC.