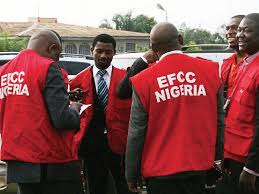 The story of the Anambra-born oil magnet engineer, Arthur Eze, is always a kind of national issue. The philanthropist who has made many billionaires has his own bad times too. Since the world is not a bed of roses. The Igbo billionaire has made many rich, while some have also stolen his hard-earned common wealth to become rich too.

Some of these people escaped from him unnoticed, while some were caught in the act. The report has it that Arthur Eze reported two brothers, Mr. Olisa Ebuka Eze and Onyeka Eze, to the EFCC for acquiring properties worth billions of naira in strategic places in Abuja while they were still on his salary payroll. Both were charged in court for illegal possession of properties with stolen funds.

It has been a court case for some time now. At the end of the day of the final judgement, the two brothers were not present in court to present the desired evidence to prove that those properties were legitimately bought by their own resources. After the trial judge waited in vain for the accused to show up in court, he declared that the properties be seized and returned to the rightful owner, Engineer Arthur Eze. From the looks of things, this is another victory for the Igbo-born philanthropist, who is loved by many for his open-arms gestures both to individuals and the government at large. Why would someone working as a staff member of a company want to liquidate the company they were employed to work for? 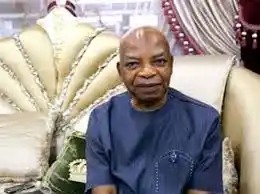 Looking at the issue, one may conclude that the two brothers were from the same family with Arthur, since they bear the same surname "Eze". Why would they do such evil to their elder brother, who may have wanted to help them, since they would also criticize him if he failed to accommodate his extended family members in his business empire?

There was no record that they were imprisoned for the crime, but only that the stolen properties were returned to the Igbo billionaire. This act shows that Arthur does not want to have issues with his family members, but only wants to recover the billions that were stolen.

What do you think about this? Do you think that Arthur Eze committed any crime by employing his family members in his multi-billion naira investment? Kindly send us your comments below the box. Share and like this work. Follow us for updates.