Okonjo-Iweala is a firm believer in multilateral institutions: Tunji Ajibade

By Sunnystyles (self media writer) | 8 months ago

In fact, the WTO was the main backdrop for my doctoral research in political science, so even years after I finished, I could still follow closely some of the issues that concern the body that Okonjo-Iweala has been discussing. In a recent interview, she said, "We need to strengthen multilateralism," and asked the WTO, "Are we fit for purpose" to deliver on some of the world's most difficult issues? She has also stated that the WTO rules should be updated to reflect the demands of the twenty-first century. When I first heard her say this, I was convinced she knew everything there was to know about the major issues that the WTO had to deal with since its inception in 1995.

This is where I am now concentrating my efforts. After the new DG took office, she presided over a WTO meeting in which members pushed for the removal of patents on COVID-19 vaccines, allowing other countries to produce them instead of the private drug companies that invented them. Joe Biden, the vice president of the United States, has also spoken out in support. That's fine, except the situation isn't so simple, and I believe this approach will continue to encourage "poor" countries to sit on their hands and do nothing. China hasn't thrown in the towel yet. It has its own vaccines, which the WHO recently approved for worldwide use after much criticism from its competitors. Russia's vaccine is also mocked by its adversaries. India, on the other hand, has decided to import Russia's Sputnik in order to halt its spiraling infection rate.

Much of Okonjo-argument Iwaela's support for COVID-19 vaccines for "poor" countries makes sense to me.In fact, she has used the words "poor" and "developing" so frequently and sympathetically that I believe she believes some countries must be helped to limp along forever. This should not be the case when we see what political leaders in supposedly poor countries do with their abundant natural resources. With the level of sympathy she has shown, I believe Okonjo-Iweala is speaking from an economic standpoint, as well as diplomatically, so as not to offend the "poor" nations who voted for her. But I think and speak from the standpoint of power, political power, and the many things that good leaders in ‘poor' countries could have accomplished with it. I've sat across from politicians who know exactly what political power can be used for and how they want to use it to elevate their states and people from nothing to something. This is what they're doing, and they've already accomplished a great deal. As a result, I believe there is nothing political power can't accomplish if its wielder is serious about doing so.

In the more than a dozen years that I've been on this page, I've expressed similar sentiments about "poor" countries. China was where many of today's "developing" countries were fifty years ago. When China sneezes, the US now takes notice. How many things do ‘poor' countries do to undermine themselves are we going to count? Thabo Mbeki, the former President of South Africa, was speaking under the auspices of the African Union (AU) about the massive sums of money that have been siphoned from the African continent over the last 50 years. We hear about funds that African leaders continue to withdraw from their countries. Despite this, we make excuses for "poor" countries and why they should be given free things.

The situation is more complicated than that when it comes to the WTO's demand for a patent waiver on COVID-19 vaccines. These vaccines contain over 200 ingredients sourced from more than 20 countries. There's the technology to be used, the lab, and other facilities, such as a reliable power supply. It will take anywhere from six months to a year to put all of this together and make viable vaccines. As a result, an alternative is suggested, such as advanced countries contributing vaccines to the COVAX negotiated by the WHO. For the time being, the World Trade Organization (WTO) should concentrate on this.

As the head of the World Trade Organization, Okonjo-Iweala has stated that she has been relaying the viewpoints of developing countries to developed nations and vice versa. That's fantastic! Could she therefore use her clout to ensure that the continent is given the authority to produce vaccines at the African Union level in the future? Shouldn't the continent's disease-control mechanisms be aided in their pursuit of viable research so that we don't find ourselves in this situation again? Furthermore, she can not continue to carry ‘poor' nations in front of advanced nations like babies. They must be encouraged to stand up for themselves on some of these issues rather than begging under the auspices of multilateral organizations. 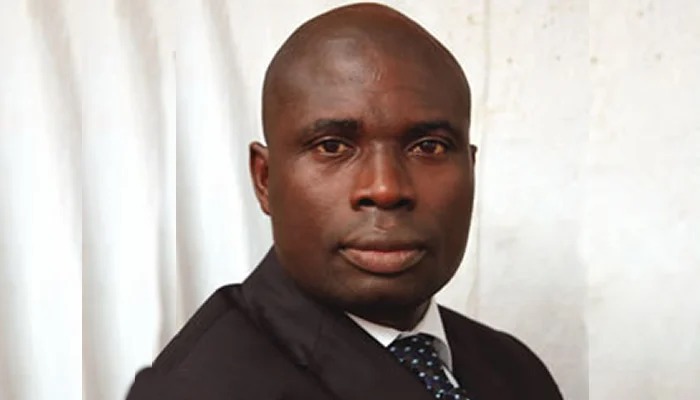 The national level is where real power resides, and it is here that power should be used for the benefit of each country. Because if ‘poor' countries continue to muck up their own affairs, they will muck up whatever multilateral bodies, such as the WTO, organize for them to benefit from. Meanwhile, I extend my congratulations to Big Sister, Ngozi Okonjo-Iweala, on her new position. Her success is something I wish for her.