By Adexx2bahd (self media writer) | 2 months ago 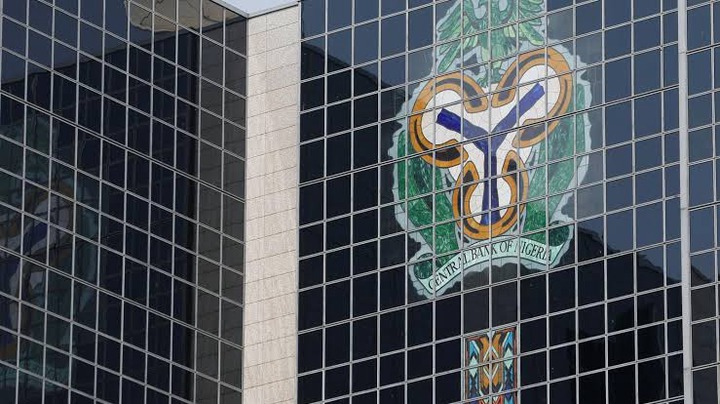 A photo collage of the CBN building and eNaira logo.

A fintech expert, Ayowande Adaelemo has described the Nigerian Central Bank Digital Currency (CBDC), known as the eNaira, as a game-changer that will open a new world of innovations.

The founder of a fintech company called Atmosphere said this on Monday in an interview on Channels Television breakfast programme, Sunrise Daily, maintaining that people in rural areas, especially at the bottom of the pyramid, will benefit more from the use of the digital currency.

“The most significant thing that would happen is that these people (in rural areas) will begin to see a huge difference between money in the bank and money in the hand but that is data. What this will do is that it will open a whole new world of innovation and I am hoping that mobile money operators and mobile network operators will latch onto this and roll out innovative services to rural areas,” he explained, hours before the planned launch of the digital currency by the CBN.

“You can pay money peer-to-peer, not necessarily with the use of cash; that is the game-changer. With eNaira, (as long as I have NFC, wifi, BlueTooth) I just point my phone to your phone and the transfer is done. A lot of stores in the rural areas will begin to latch onto this once they see the speed and the fact that there is no cost on transactions.”

Adalemo also hailed the move by the Federal government noting that eNaira is a win-win for all.

“It is powered by blockchain and this technology confers on it some levels of security even if your phone is stolen,” he added.

Despite the laudable benefits which the new digital currency will bring to Nigerians, calls for more enlightenment about the eNaira have also been drummed up.

According to the National Coordinator, Nigeria Alliance for Affordable Internet, Teniola Olushola, Nigeria’s apex bank needs to do more to enlighten Nigerians about how to use the eNaira and its benefits.

“CBN is right to call it a journey. It has some underlined assumptions. The CBN still needs to do a lot of awareness,” he said during the show.

“Because there are those that are still not aware of this eNaira; there has to be some level of trust so they can accept this at the physical layer.

“The level of internet penetration is still very low. The CBN has started the digital transformation of the country. The government needs to build user acceptance and trust in the currency,” Olushola said.

eNaira Is A Journey

The eNaira is set to be launched later in the day. According to the CBN, the launch is a culmination of years of research in advancing the boundaries of the payments system to make financial transactions easier and seamless for every strata of the society.

The eNaira, the bank added, marks a major step forward in the evolution of money.

“Given that the eNaira is a journey, the unveiling marks the first step in that journey which will continue with a series of further modifications, capabilities, and enhancements to the platforms.

“The CBN will continue to work with relevant partners to ensure a seamless process that will benefit every user, particularly those in the rural areas and the unbanked population,” it said in a press release on Monday.

It explained that since the eNaira is a new product, and amongst the first CBDCs in the world, there are structures to promptly address issues that might arise from the pilot implementation of the digital currency.

Content created and supplied by: Adexx2bahd (via Opera News )