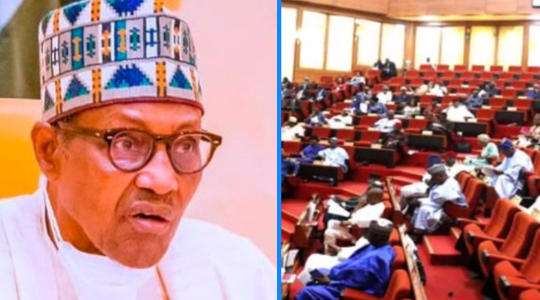 Post-pandemic: What’s next on Nigeria economy?

Nigerians are asking what’s next on the economy post-COVID-19 pandemic. But first, we can identify with the fact that Nigeria’s economic structure is a factor of endowments that evolves from one level of development to another. 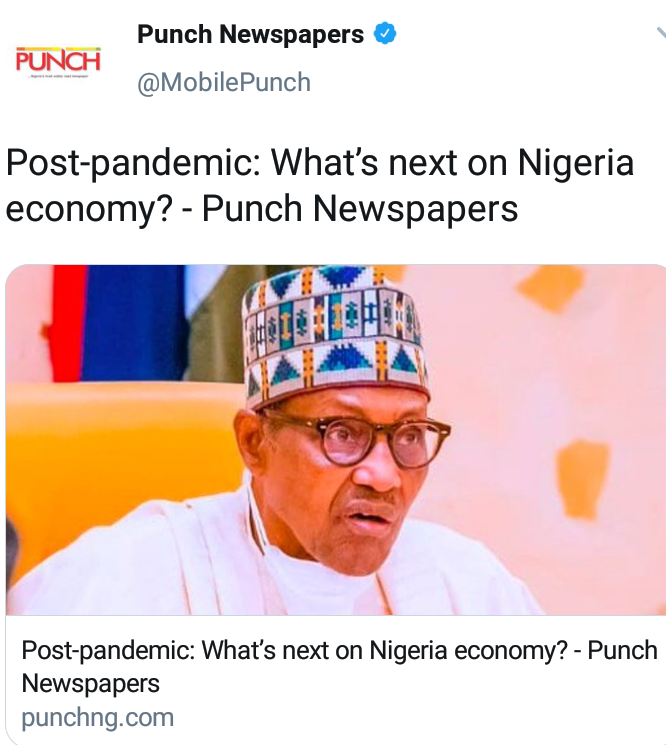 Therefore, the country’s economic growth will be different at various levels of development, which means Nigeria’s economy requires corresponding infrastructure (both tangible and intangible) to facilitate its operations and transformation.

Nigeria needs to create more opportunities for markets in Africa and beyond. Make no mistake about it, Nigeria indeed needs institutional changes where efficiency drives progress.

The Senate on Wednesday asked the President, Major General Muhammadu Buhari (retd.), to declare bandits as terrorists in the country.

The red chamber also asked the commander-in-chief of the Armed Forces to wage a total war against the criminals, including bombing all their locations, to annihilate and eliminate them. 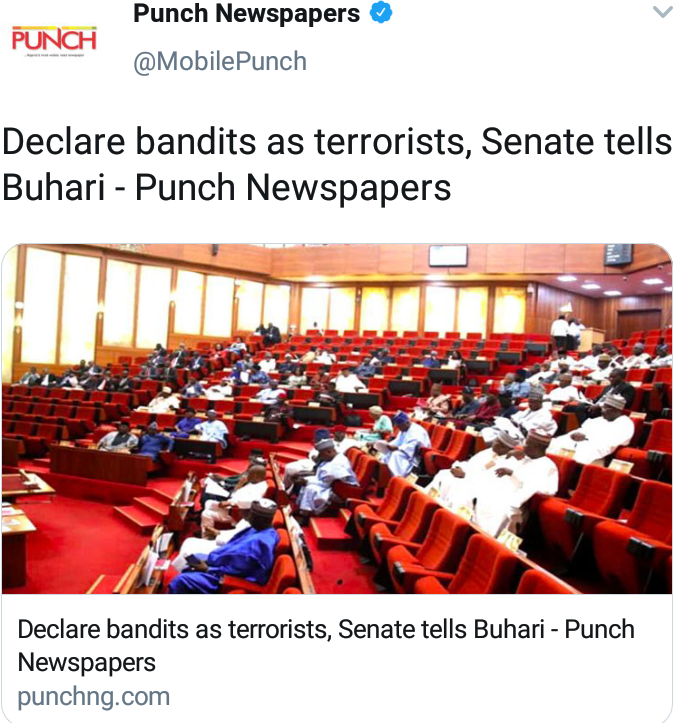 The Senate also asked Buhari to declare all known leadership of the bandits wanted and track them wherever they are, for arrest and prosecution.

These were part of the resolutions of the red chamber after considering a motion sponsored by Senator Ibrahim Gobir (Sokoto East), and co-sponsored by eight other senators.

A lawyer resident in Anambra, Chijioke Ifediora, had filed a suit seeking to declare CBN’s cashless policy as biased as it is in contravention to Section 42 of the 1999 constitution of Nigeria (as amended). 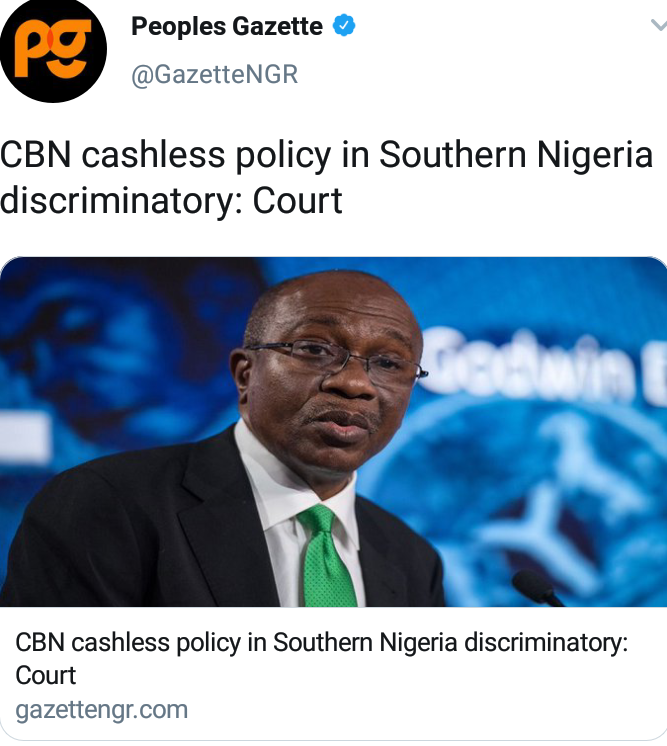 The Nigerian Lawyer reports that the presiding judge, N.O. Dimgba, described the policy as unreasonable, saying CBN should provide justification for such policy as provided by the Nigerian law.

“This aspect of the policy imposing financial levies on lodgements/deposits, in my view, appears unreasonable. And it makes no difference if same was applied throughout the federation or limited to only the residents of a few states,” Mr Dimgba said.

SPECIAL: Coping with the menace of motor park touts in Abuja

The glory of every nation is in the serenity of its capital city which is often the first point of contact for visitors, tourists and investors. But there is an ugly trend threatening orderliness in Nigeria’s capital city, Abuja. 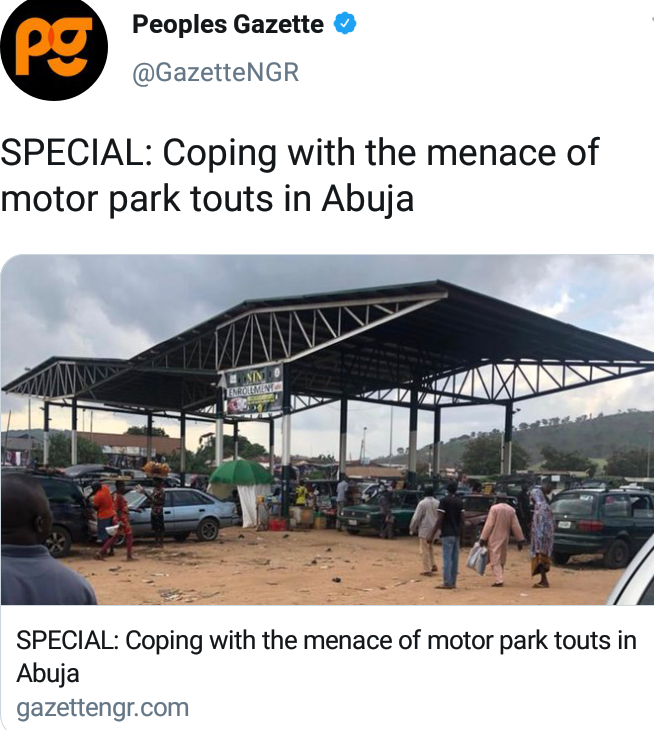 Activities of touts around the Abuja city centre are becoming more brazen, posing threats to commuters and other road users due to their unruly mode of operation.

There have been complaints about how these urchins constitute security threats to residents of the Federal Capital Territory (FCT), especially in many black spots around the city centre.