Don’t relax on your success.

By Afulukwenawgu (self media writer) | 1 year ago 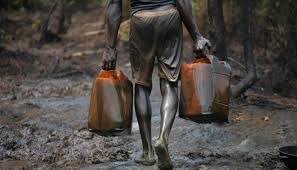 Success can slow down success. It can even impede it. How does that sound? Strange? Many people relax when success begins to befriend them. A kiss or hug of success can be the beginning of parting between you and the beautiful life you have come to know.

The Nigerian Civil War of 6, July 1967 - 15 January 1970, was political, but with a hidden economic factor. Remember the crude oil discovery in commercial quantity before the war. Britain was at the centre of the action. That’s a story for another day.

The war over, Nigeria’s federal government invented the slogan, ‘No Victor, No vanquished’. The slogan pierced the air. On the other hand, the “No Victor, No Vanquished” slogan was hitting some people emotionally and psychologically. Britain richly rewarded through Shell BP.

Nigeria is one country today, but some wounds haven’t been healed. Let’s move on. The oil boom after the war would launch surplus money, agriculture the mainstay of Nigeria's economy suffered relegation to the background. I wonder which country will ever be talking of food without taking agriculture seriously.

A common argument on the African continent is that oil discovery slowed the continent’s growth and development than without it; a typical example is Nigeria.

Before the oil boom in Nigeria, the North was known for the groundnut pyramid that Nigeria was a major player on the global scene. Cocoa production in the Western region of Nigeria was at par with Ivory Coast, who into the 21st century is the world largest Cocoa producer. Palm produce in Eastern Nigeria was also competing with Malaysia and Indonesia; the two countries have left Nigeria behind

In 1960, Nigeria produced almost half of the world’s palm oil. Fast track into the second decade of the 21st century, Nigeria produces less than 3 per cent of world palm oil production; not even enough for local consumption.

Before discovering crude oil in commercial quantities in 1957, it is no hidden fact that the then three regions were able to embark on massive industrialisation with the revenue earnings from agricultural produce. According to Richard Dowden of Africa Royal Society (ARS), “In the 1970 oil was 60 per cent of export. By 1982, it was 99 per cent of export and almost the same proportion of fiscal revenue. Almost all other exports like Cocoa, rubber, cotton and groundnuts have been wiped out.”

He went further to say that, “Between 1970 and 2001 per capita income fell from 264 dollars to 256 dollars in the constant Dollar rate. Moreover, by 2000 Nigeria became an oil-rich deeply indebted country and the experience of the vast majority of Nigerians became poorer.”

The petro-dollar money began to roll in; every other sector of the economy was paid less attention. It was a time the government said it has surplus money and has no idea what to do with it. Sometimes excess money just like alcohol can intoxicate. Wealth, especially newfound wealth, needs careful handling. That singular act of complacency and wastefulness contributed largely to the nation’s problems fifty years later, a retrogressive policy that successive leaders and government emulate. The oil is there they say, it is a gift from the Creator; a trap that they say that could never run, besides the notion that they can always import or exchange anything with oil money.

A mere fall in the price of crude oil affects our economy. With massive oil and gas reserves, the country cannot produce enough to feed the local population instead of exporting, thus becoming a net importer of staple food items. In a normal clime, this ought not to happen.

If the oil wells dry up with the way we run our economy, what happens to us? Some people will argue this. They believe like a functional water utility board, even when we have not experienced that the oil tap will keep running forever. To people that firmly hold to that view, it never occurred to them there could be better alternatives for crude oil, which its exploration might be from the soil of the human mind (innovation or invention) than from the earthly ground. Even if some people doubt the first, the second shouldn’t be something they should.

The air you breathe has everything it takes to produce crude oil, only that it is processing for now is a bit expensive. More oil fields are being discovered all over the world. More research into its alternatives is what the science-friendly and less endowed nations are into. Research into eco-friendly and cheaper sources of energy are going on every day. Even some countries with vast deposits of these mineral resources, know that no key sector of the economy becomes a thing to toy within the name of crude oil and natural gas. Besides, they have their eyes set on their alternatives.

Every wise man knows that success demands more attention, more planning more work. It requires the need to be better, the need to leave a better place for posterity.

As some farsighted people are advocating for a green society, the myopic is not bothered. The world will be in grave trouble without green-friendly earth.

You can’t be too comfortable with success not to work harder or improve on it. Somebody said, ‘The place we feel the most familiar with can be the most perilous because the menace is not obvious to us.’ In other words, success tends to promote complacency. I have told myself that one of the vital things I can do in pursuit of success is to avoid complacency.

Don’t be a slave to your achievements; neither should you be carried away not to be more successful. At the peak of his career, quick and smooth-talking boxing legend Muhammad Ali, in one of his animated talk said, ‘Only last week, I murdered a rock, injured a stone, hospitalised a brick! I’m so mean I make medicine sick.’ You can apply that principle when managing success. You can murder complacency, injure complacency and make complacency sick to be more successful.

Content created and supplied by: Afulukwenawgu (via Opera News )