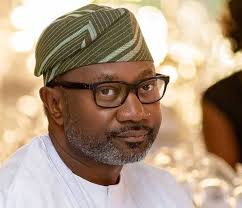 According to reports, billionaire Femi Otedola has purchased the majority of shares in FBN Holdings, the company that owns First Bank of Nigeria Limited.

Otedola is said to have taken over the bank by purchasing 30 billion worth of shares, making him the bank's single largest stakeholder.

Because Otedola is the largest shareholder, he has the most voting shares, allowing him to control the bank's course through his voting power.

FBN Holdings will soon make a public declaration about Otedola's historic acquisition of the company's shares on the floor of the Nigerian Stock Exchange, according to sources who spoke to this news platform on the subject. 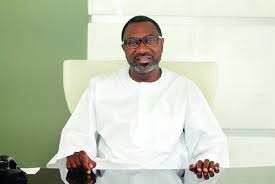 According to reports, Otedola has been buying bank shares through a vehicle called Calvados Global Services Ltd. It's also possible that Mr. Otedola's other vehicles were scooping up shares as well.

FBNH now has 34.7 billion shares floating freely, indicating that it is held by a diversified group of investors. This makes it simple to buy shares on the stock exchange.

According to FBN Holdings' most recent audited financial statements, no shareholder owns more than 5% of the banking behemoth. According to Nairametrics, Mr Otedola now owns almost 5% of the bank through proxies and investment companies, putting him on track to become the bank's single largest shareholder. 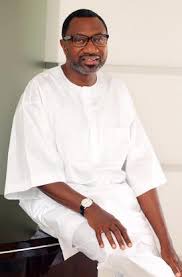 According to reports, Otedola opted to take over First Bank Nigeria due to the bank's internal crisis.

The crisis was a struggle for control of the bank between two main shareholders at the time, one led by Oba Otudeko, the chairman of FBN Holdings' board of directors, and Mr. Adenuga, who ultimately became one of the firm's largest shareholders.

According to people familiar with the situation, Mr. Otudeko and Ibukun Awosika, his ally on the board of FirstBank of Nigeria Limited, were removed from their positions as chairmen of FBN Holdings and FirstBank, respectively, while Mr. Adeduntan, who represented the interests of a late Ibadan mogul and prominent shareholder, Arisekola Alao, was reinstated as the bank's chief executive.