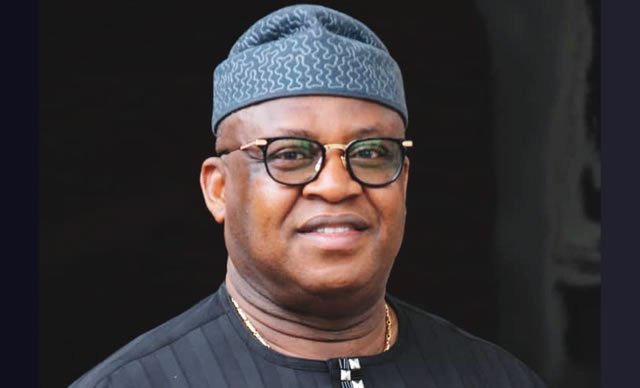 The People's Democratic Party called on South-South governors to support the recent legal decision to reposition the collection of value-added tax to states.

PDP's national vice-president, South-South, Chief Dan Orbih, made the call on Saturday in an interview with the Nigeria News Agency in Benin.

The party said the recent judicial interpretation of the VAT law, which gave federated states the powers of superintendent of consumption tax, showed that the judiciary was aware of its responsibilities.

"The court has placed VAT where the right rightfully belongs," he said, adding that it would be a catalyst for grassroots development.

Orbih noted that the recent move to seek the interpretation of the VAT law by Rivers, and later by Lagos State, was a big window for the South-South and indeed other states to realize the long desired quest for fiscal federalism.

“Yes, we must first salute the innovative and careful pursuit of this case by Governor Nyesom Wike of Rivers.

“This is a great window for South-South states to realize the long desired quest for fiscal federalism.

“With this development, the long-desired dream of many Nigerians for an equitable distribution of resources has received very strong impetus.

“This is a bold and salutary initiative in the restructuring of our tax collection system.

“The strength of Wike's stock economy is seen in the speed at which Lagos State has moved in the same direction towards the pursuit of the same goal,” he said.

Orbih described the domestication of VAT law by Rivers and Lagos states as a non-partisan move motivated by a burning desire to make fiscal federalism practical.

“I call on other state governors, especially in the South-South, to act diligently in support of state collection and retention of VAT.

"And I say to them, the governors of the South-South, Take action now that the iron is hot."

The leader of the South-South PDP further stated that the nation could not continue to practice political federalism with authoritarian “unitary” economic policies.

He stressed that the action was in everyone's interest.

What the court ruling will accomplish, he said, is that it will encourage states to redouble their efforts to boost economic activity and engender a healthy competitive spirit that will ultimately make Nigeria a better place. for everyone.

Orbih therefore urged other governors to adopt such a welcome move and ignore the obvious but expected opposition from the Federal Inland Revenue Service.