By Jaydamik (self media writer) | 1 month ago

On the 25th of October 2021, Buhari's led administration launched Nigerian digital currency, E–Naira at the States House in FCT. 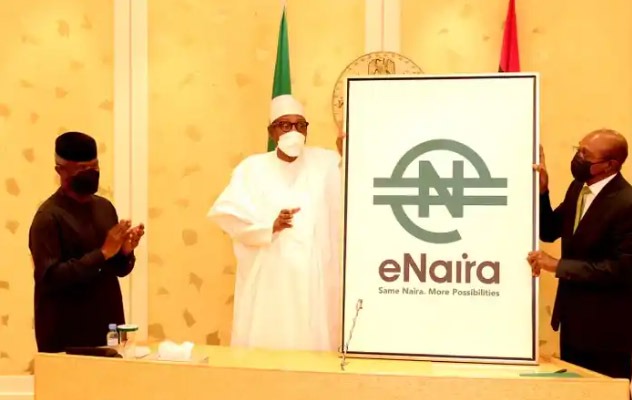 The Central Bank of Nigeria, CBN had earlier announced that President Muhammadu Buhari will on Monday 25th of October, unveil the e-Naira.

The CBN had previously suspended the launch of its digital currency on September 27th, called e-Naira. The suspension of the launch was announced by CBN spokesman Osita Nwanisobi in Abuja. He said the rollout was suspended because of other events slated for the country’s 61st independence anniversary.

But in a statement released by CBN on Saturday, CBN spokesman stated that the e-Naira is now expected to be activated on Monday by the president. The CBN Director noted that the launching would take place at the States House, Abuja. 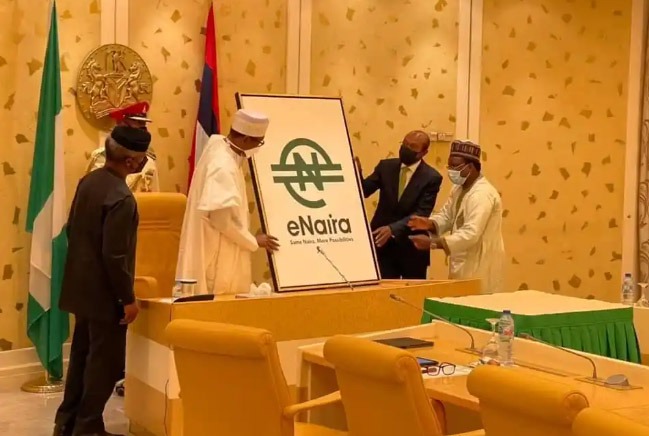 Coming to reality, President Buhari has on Monday, declared the official use of the new era electronic version of the nation’s local paper currency.

Present at the unveiling was the Vice-President and the Central Bank of Nigeria (CBN) Governor.

The E-Naira would have the same value as the paper currency and will only be issued by the CBN.

CBN director said the currency will not replace cash but will function as a safe and efficient alternative means of payment.

The eNaira will be a Central Bank Digital Currency (CBDC), issued by the government, and it will have the same value as the paper naira or fiat.