I Can't Date A Poor And Wretched Man, My Billionaire Father Will Disown Me If I Do -Lady Brags

A lady on social media has caused a stir among her followers after making a statement that got people's reactions. Her statement reminded me of a popular dictum that “pride goes before a fall.” As a matter of fact, nobody knows tomorrow, and in that regard, nobody should be looked down on because we don't know what a man becomes tomorrow.

However, being rich is a matter of choice, hard work and sacrifice. Nobody wants to be poor as everyone is doing everything possible to break away from poverty. It was shocking to me after a lady on social media (Twitter) identified as Queen Vivian said that she cannot go into a relationship with a wretched and poor man. 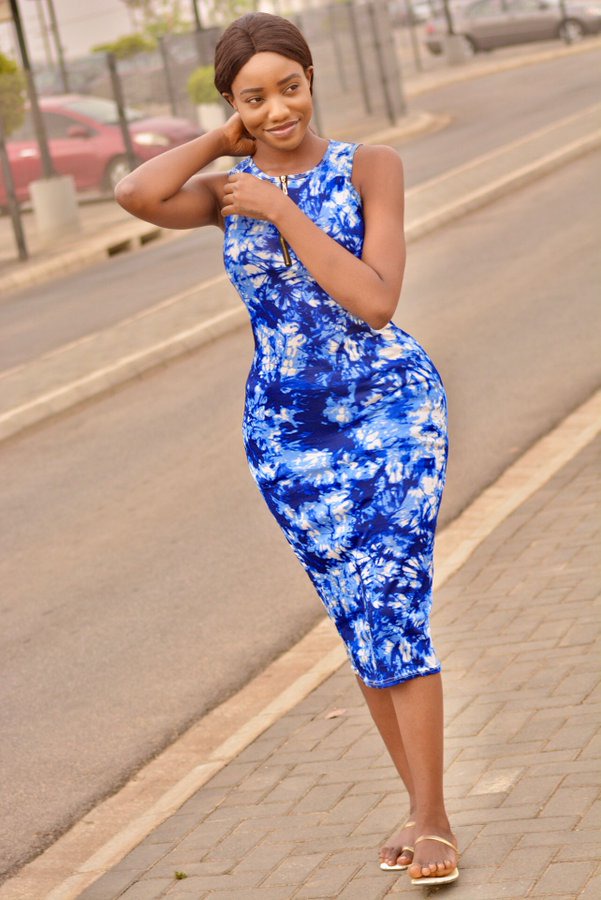 Queen's reason for saying that is because of what her father would do to her if she tries that. According to her, if she dares to date a poor man, her billionaire father would disown her. 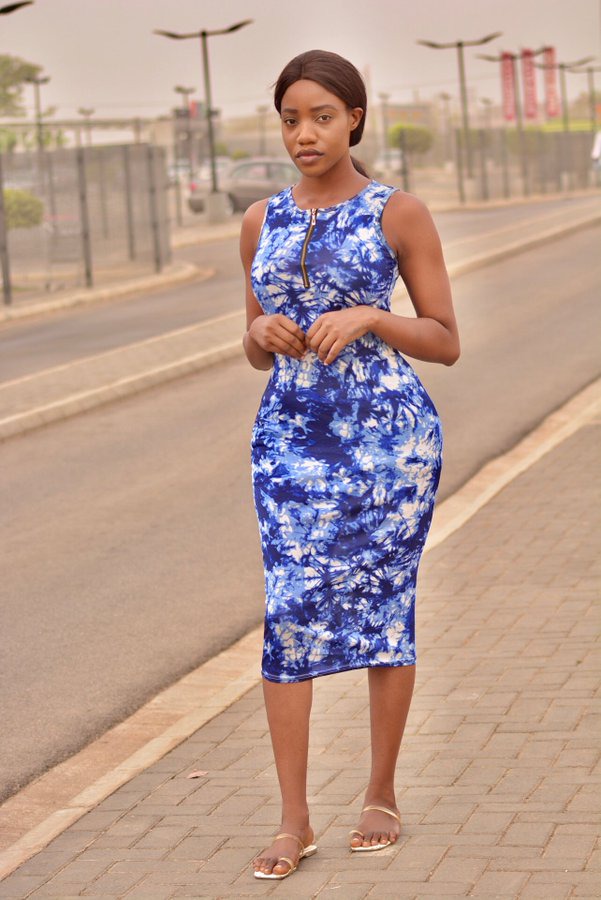 After making the controversial statement, some people have blasted her for saying that. Looking at the photos she uploaded on social media, some people said that she doesn't look like a Billionaire's daughter. As a matter of fact, we all have the power and freedom to make choices and take responsibility for our own actions. 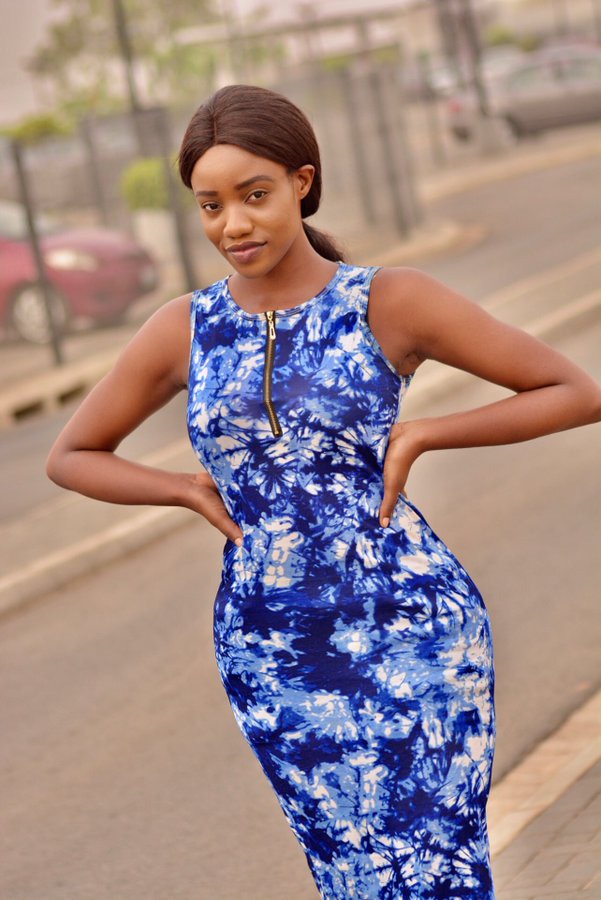 When a person falls in love with another, it's a matter of choice and personal decision, in as long as you are mature enough to handle the responsibilities that comes with it. But looking down on the other person because he is poor is what I totally kick against. See her tweet below; 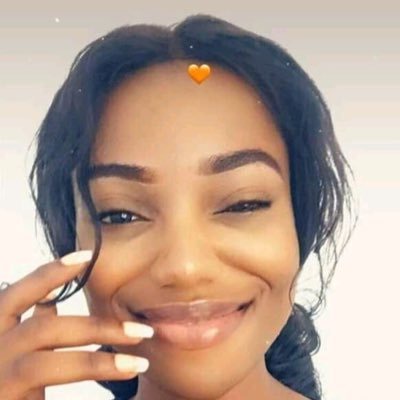 "I can’t go into any Relationship with a Wretched and poor man, My billionaire father will disown me if I do." 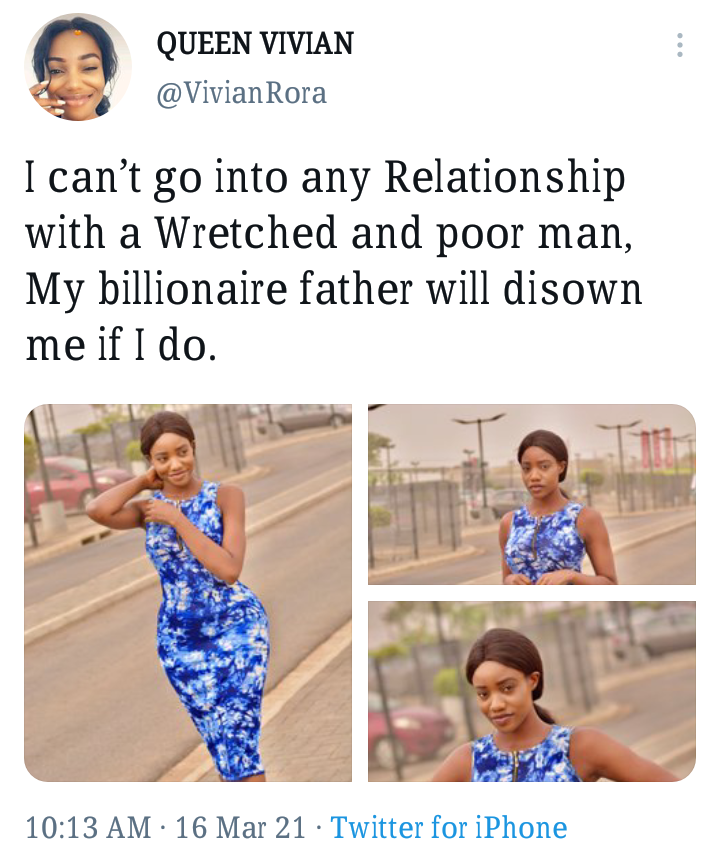 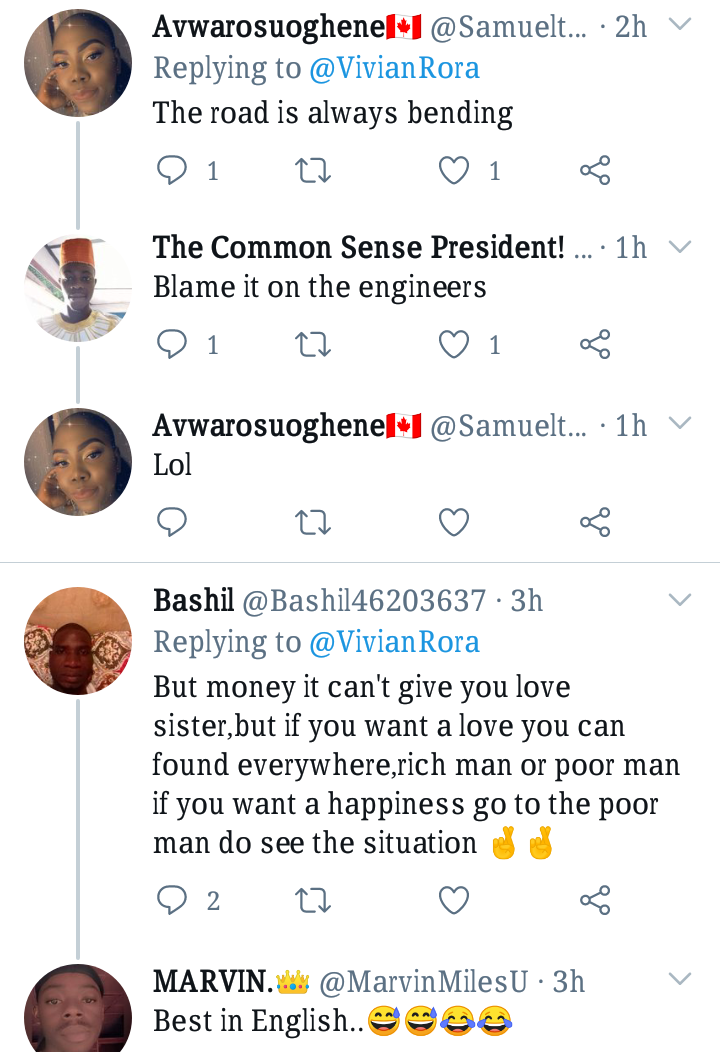 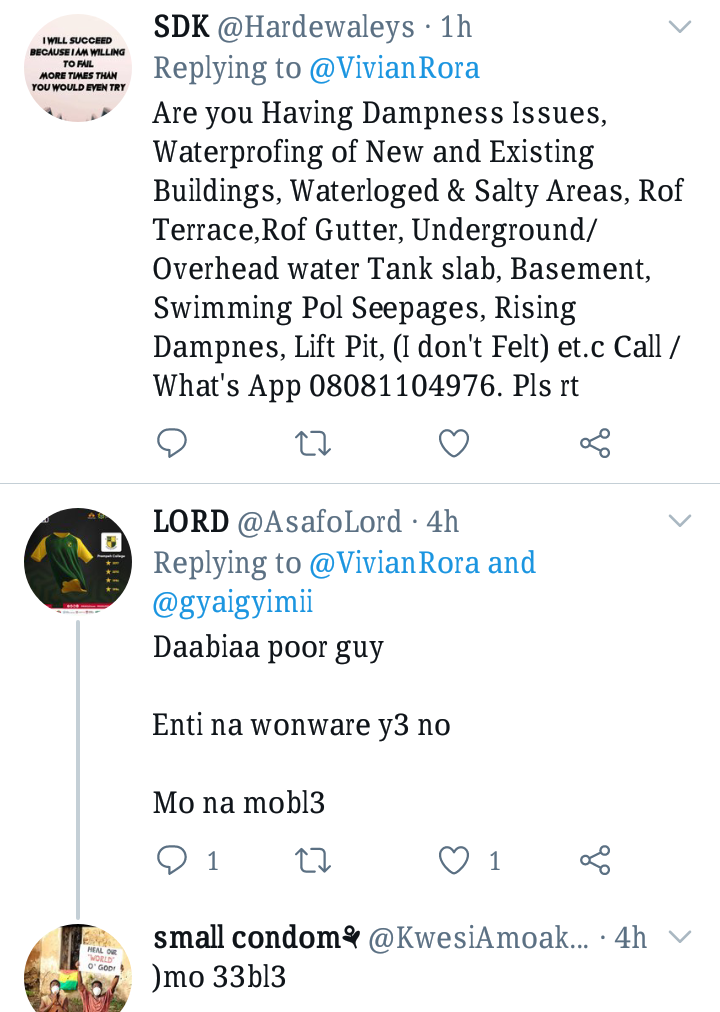 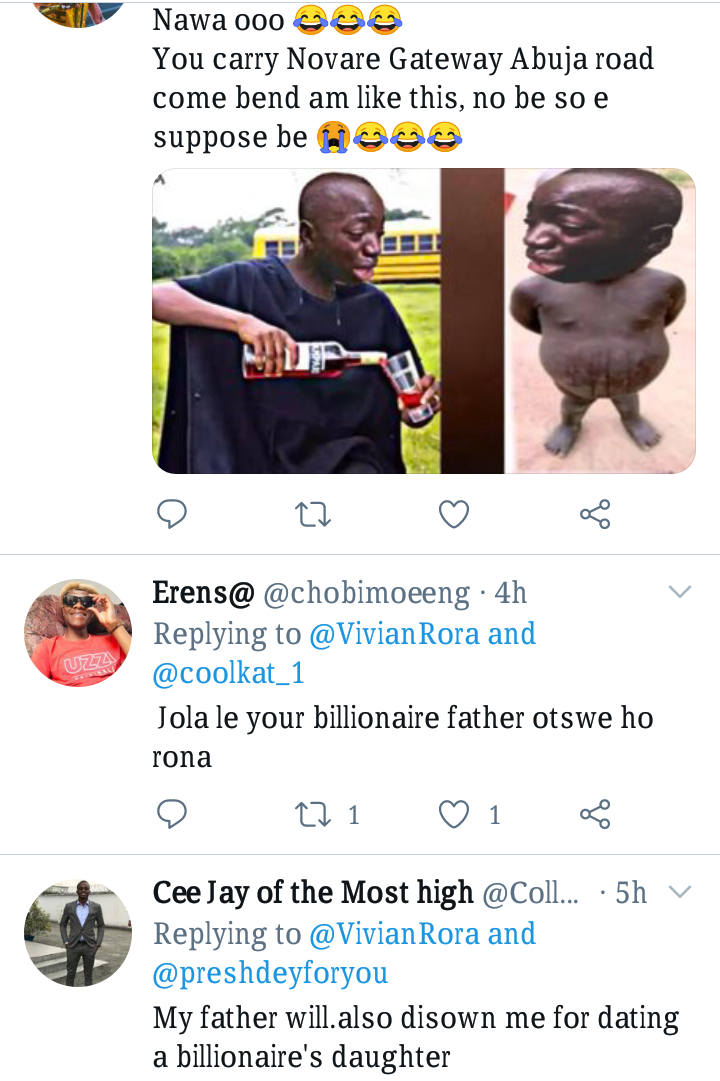 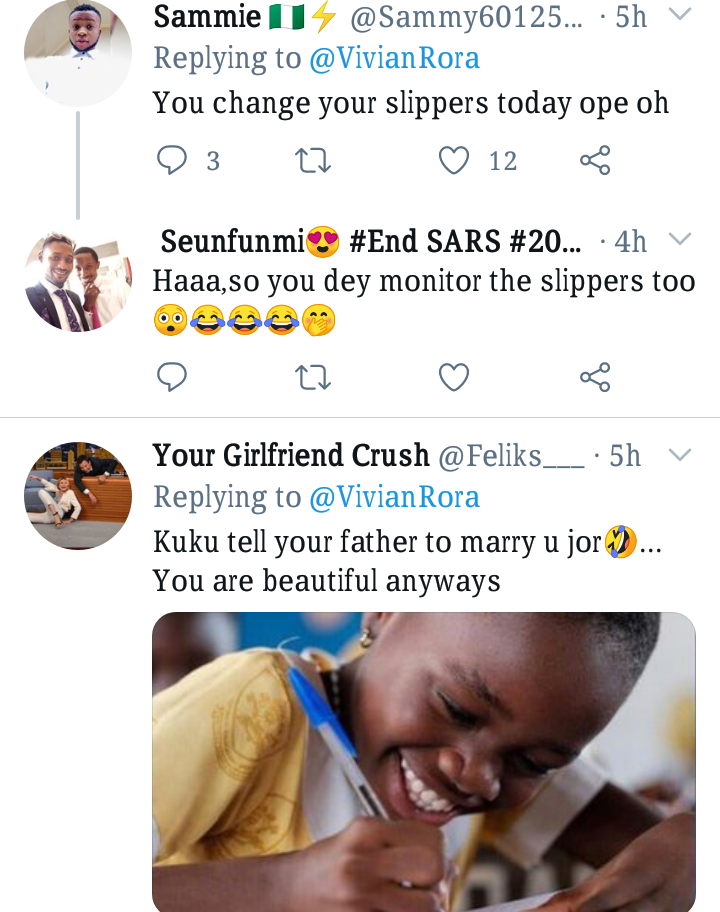 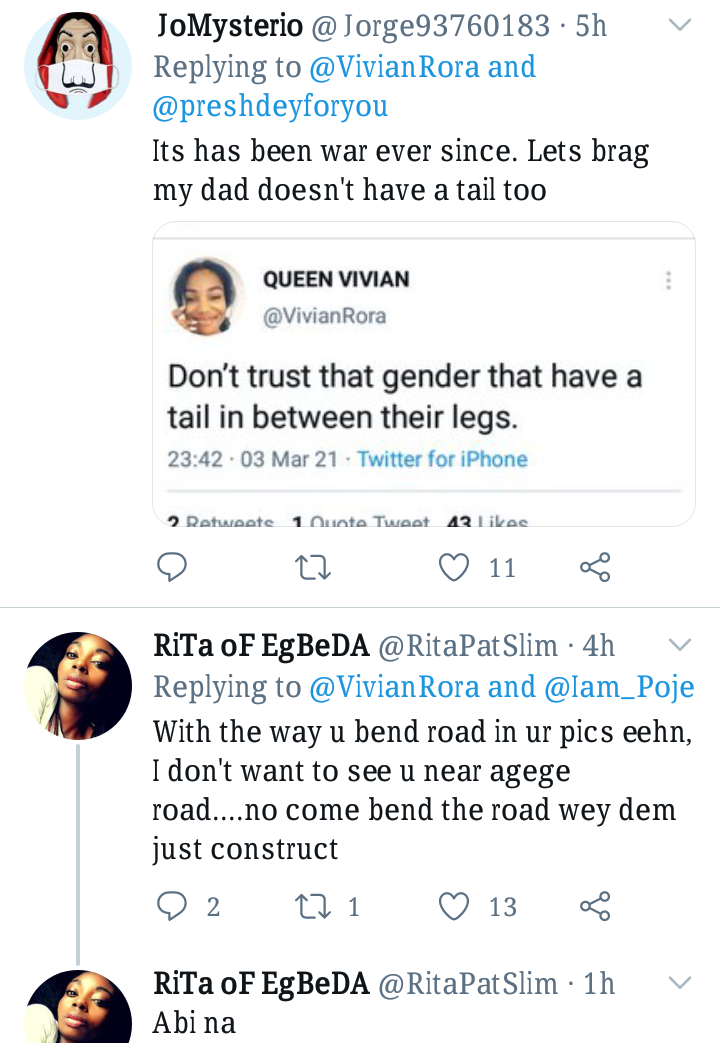 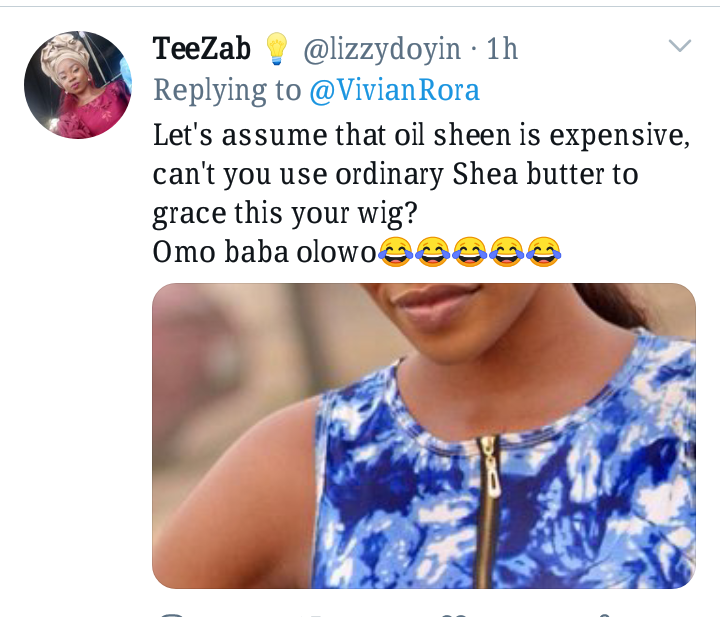 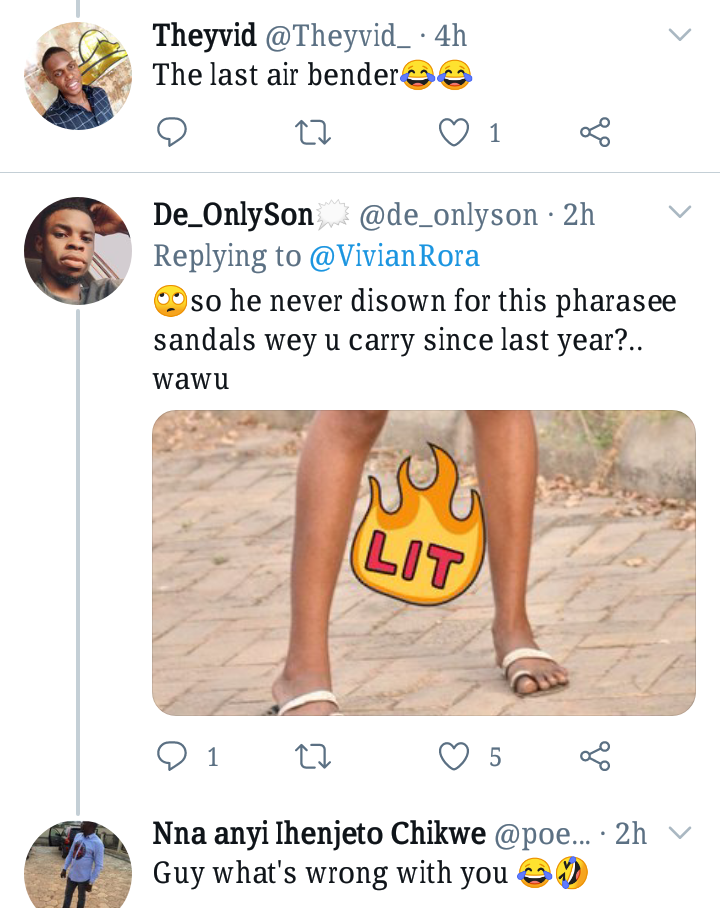 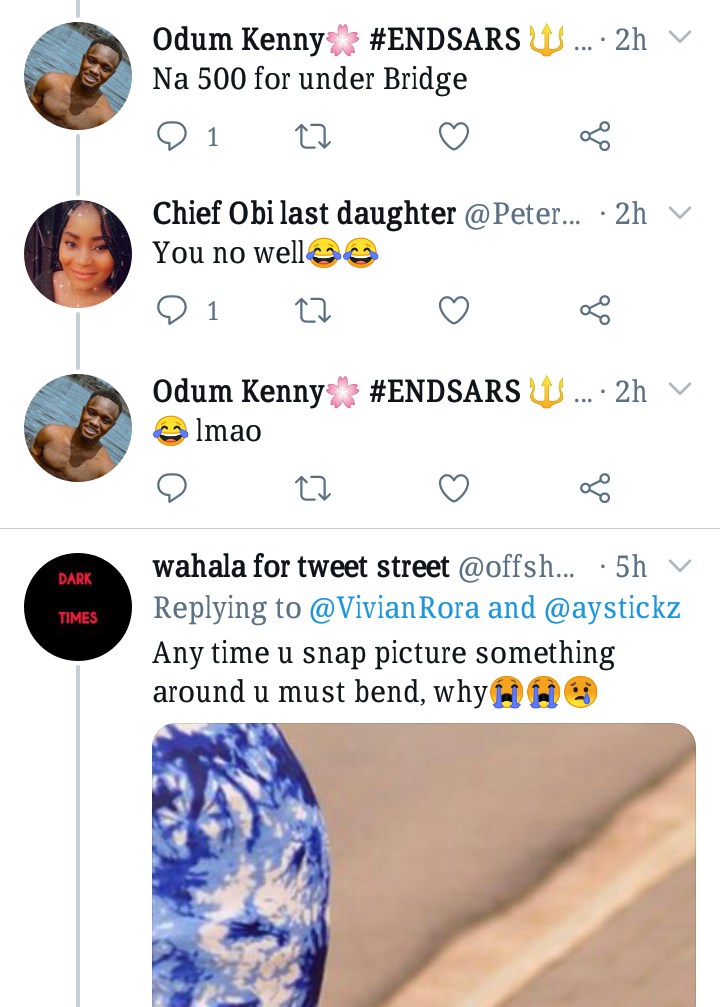 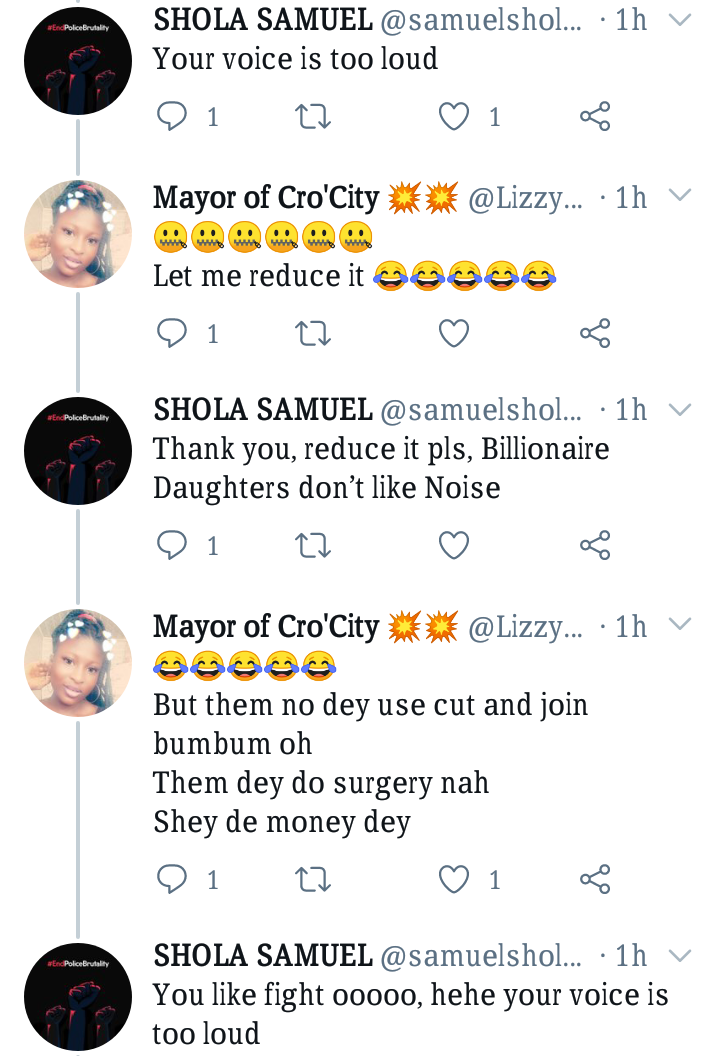 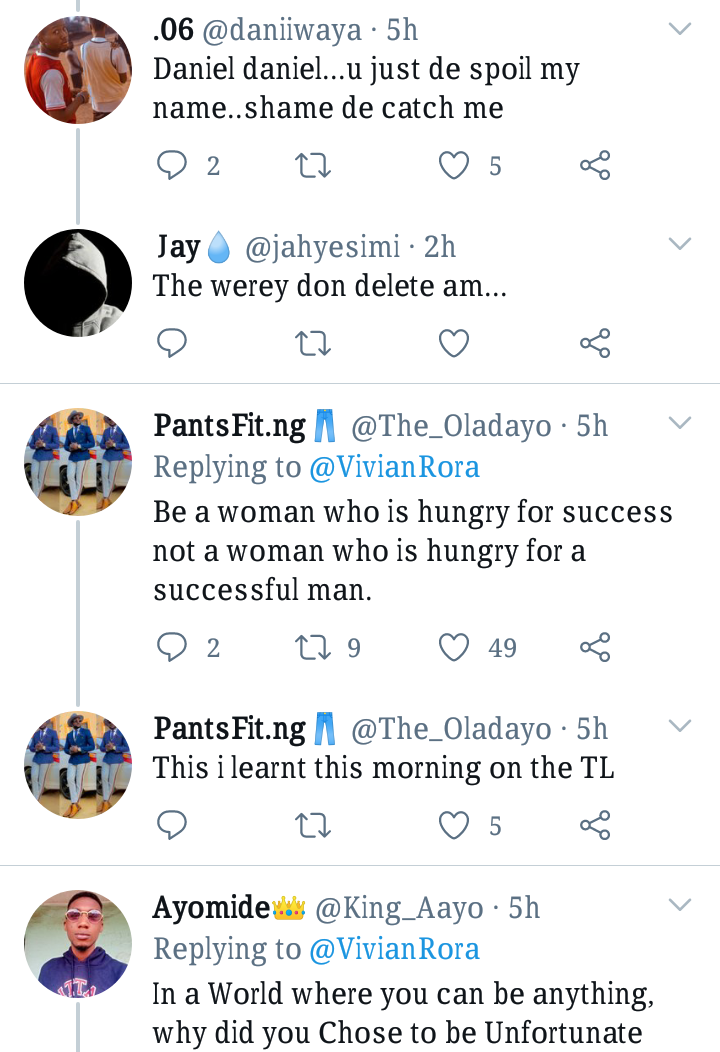 Would you go into a relationship with her if you had the opportunity? 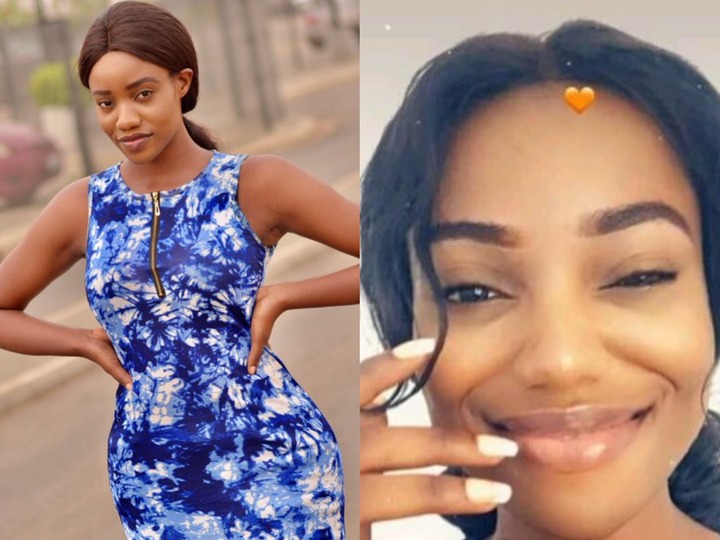 CHELSEA VS MAN CITY: Read What Pep Guardiola Said About Chelsea And Tuchel Ahead Of Tomorrow's Game

Ramos, David Luiz, others reacts as Aubameyang reveals why he has not played for Arsenal recently

Simple And Adorable Ankara Styles For Any Kind Of Occasion