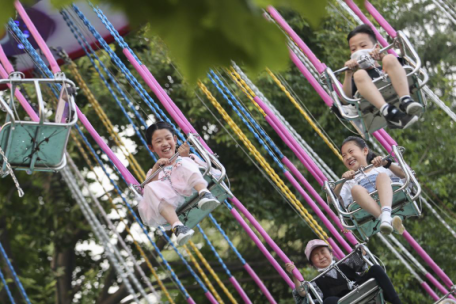 Despite the lingering COVID-19 epidemic, Chinese people have shown great enthusiasm for consumption during this year’s National Day holiday, or the Golden Week holiday, which ran from Oct. 1 to 7.

The National Day holiday has always been considered an important window into China’s economic vitality. Compared with previous ones, this year’s National Day holiday has demonstrated some new consumption trends, according to Wang Bin, deputy director general of the Department of Market Operation and Consumption Promotion of the Ministry of Commerce.

As many people called off their travel plans during July and August because of the pandemic, they were eager to “compensate” themselves with relaxing trips during the week-long National Day holiday. 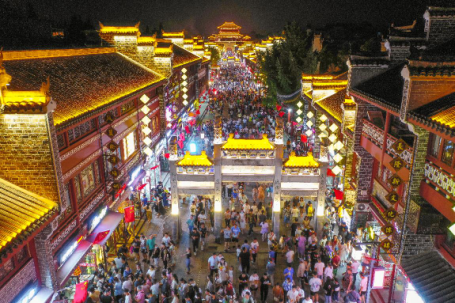 From Oct. 1 to 7, China witnessed 515 million domestic tourist trips, which generated over 389 billion yuan ($60.37 billion) in tourism revenue, according to China’s Ministry of Culture and Tourism.

Data from the country’s Ministry of Transport suggest that the transport service providers in China handled about over 400 million passenger trips during the just-ended holiday.

Against the backdrop of regular epidemic prevention and control, people’s ways of spending their vacations are altering gradually. During the National Day holiday, tourists mainly traveled within the provinces they live.

Traveling light, short-distance trips, and spending leisure time in hotels were particularly favored by tourists, resort hotels in the suburbs of big cities, quality rural B&Bs and hotels near theme parks were very busy, and recreational vehicle camping and road trips to nearby destinations were popular during the Golden Week holiday.

The dividends of China’s accelerating consumption upgrading were prominently displayed during the Golden Week holiday.

Sales of flowers surged during the holiday, said Lyu Yan, purchasing manager at Chinese e-commerce platform Hema Fresh’s flower department, who noted that decorating houses with flowers has become one of the ways of consumers to improve the quality of life.

From Oct. 1 to 4, Hema Fresh’s flower department saw the sales of its flowers rocket by 290 percent year on year, according to Lyu.

Data from China’s e-commerce giant JD.com suggest that home appliances, computers and other office equipment, mobile phones, food and beverages and digital products were the five most popular categories among consumers during the Golden Week holiday.

The transaction volume of robot vacuums grew over 30 percent year on year in Beijing and Shanghai and that of smart devices for health monitoring in Beijing and Guangzhou saw a year-on-year increase of over two times, according to the data, which indicate that high-quality and customized products are preferred by more and more people. 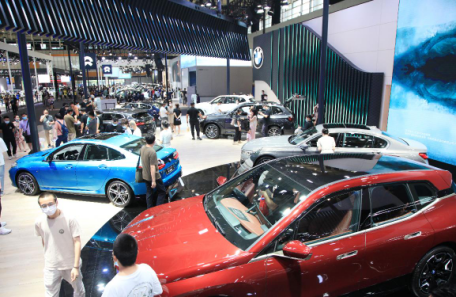 Consumption upgrading has also swept across China’s rural areas. Data from Tmall Global, China’s largest cross-border online marketplace, show that the spending of consumers from small cities and rural areas on imports grew even faster than that of their counterparts in relatively larger cities during the National Day holiday, with the consumption of imports in some townships and villages increasing over 55 percent year on year.

Going to the movies represented a new consumption trend during the holiday. With more than 90 million tickets sold for movies screened during the seven-day holiday, China’s box office reached nearly 4.39 billion yuan from Oct. 1 to 7, the second highest among those of China’s National Day holidays, according to data from China Film Administration.

“The Battle at Lake Changjin”, a film released just on the eve of the holiday, had grossed over 3.4 billion yuan as of Oct. 7. It has broken more than 10 records in China’s film history and significantly contributed to the country’s box office revenue during the period.

The increase in passenger flow and surge in online orders have mirrored China’s stronger consumer confidence as the epidemic situation has been improving in the country.

Data from China’s service-focused e-commerce giant Meituan suggest that consumers’ total expenditure on various services and products via the platform, which cover catering, accommodation, tourism, leisure and recreation, as well as traveling, rose about 30 percent year on year during the holiday and 51.6 percent from the same period in 2019.

Experts pointed out that the thriving consumption during the Golden Week holiday was underpinned by China’s super-large market and enormous demand potential and reflected the high-quality development of the Chinese economy as well as the steady rise in Chinese residents’ income.