Omo we are finished in Texas, No water, No light and it's snowing - Nigerian Lady laments bitterly.

By Sirlloyd (self media writer) | 11 months ago 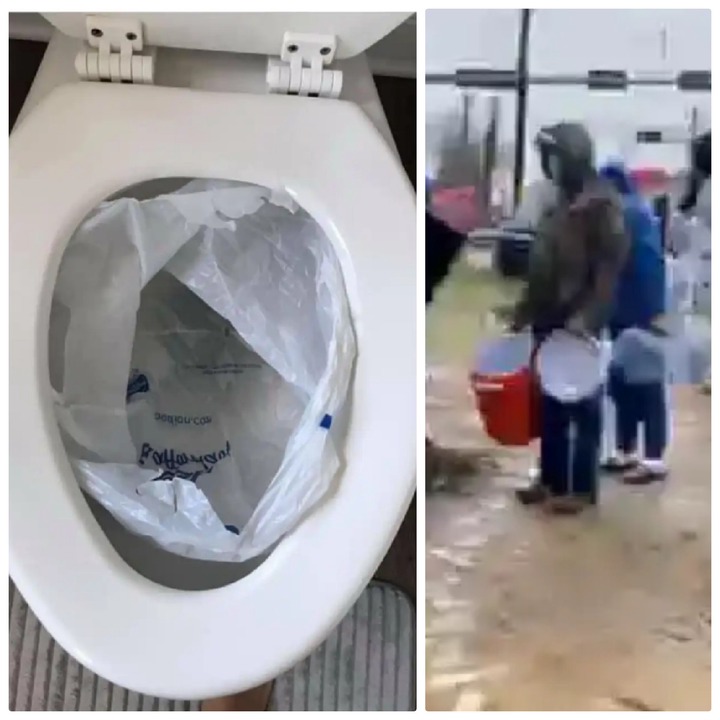 The residents of Houston Texas, have been thrown into total confusion, as they are presently experiencing what they have not experienced in their lifetime.

This so because, for the past four days now, the people have been without electricity as there have been serious power outage in city of Texas, which was caused by a ferocious winter storm that destroyed the power supply system. The destruction didn't just affect the power supply system alone, but also cut the power of their water system, thereby making it hell for the residents to get water supplies to their various homes. This was made worse, as most of the pipes have been broken due to the winter which has turned water into ice, to the dismay of Texas residents, who are presently on a cross road as they can't bath, flush after using their bathrooms, and can't even cook for themselves. 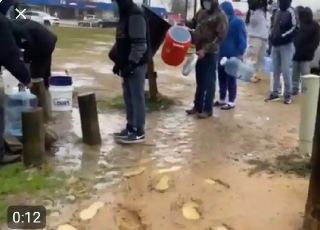 This has prompted the residents to lament in their thousands, as the situation has really distabilized them all. The Nigerians living in the country, are not left out as one lady simply identified as Mixz Bee on Twitter complained bitterly about the situation, as they have resulted in the usual Nigerian bush man style of excreting in a nylon bag and disposing it which is what they never saw coming.

The Nigerian lady, decided to share the photo of a polythene bag in a toilet and wrote:

"Omo, we're finished in Texas. No water, no light, and it's snowing." 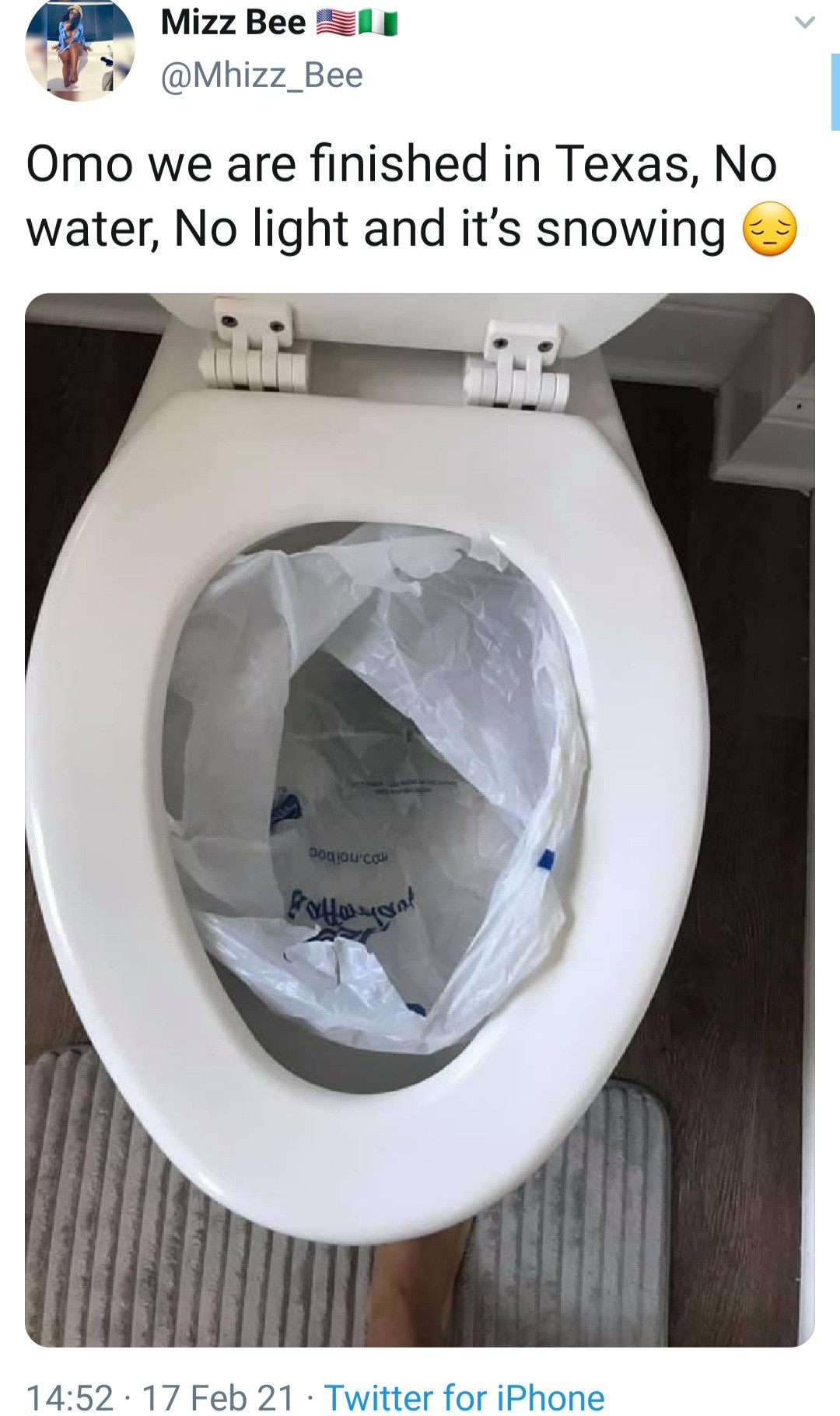 Other Twitter users from Nigeria living in Texas also complained bitterly about the situation of things in Texas as seen below; 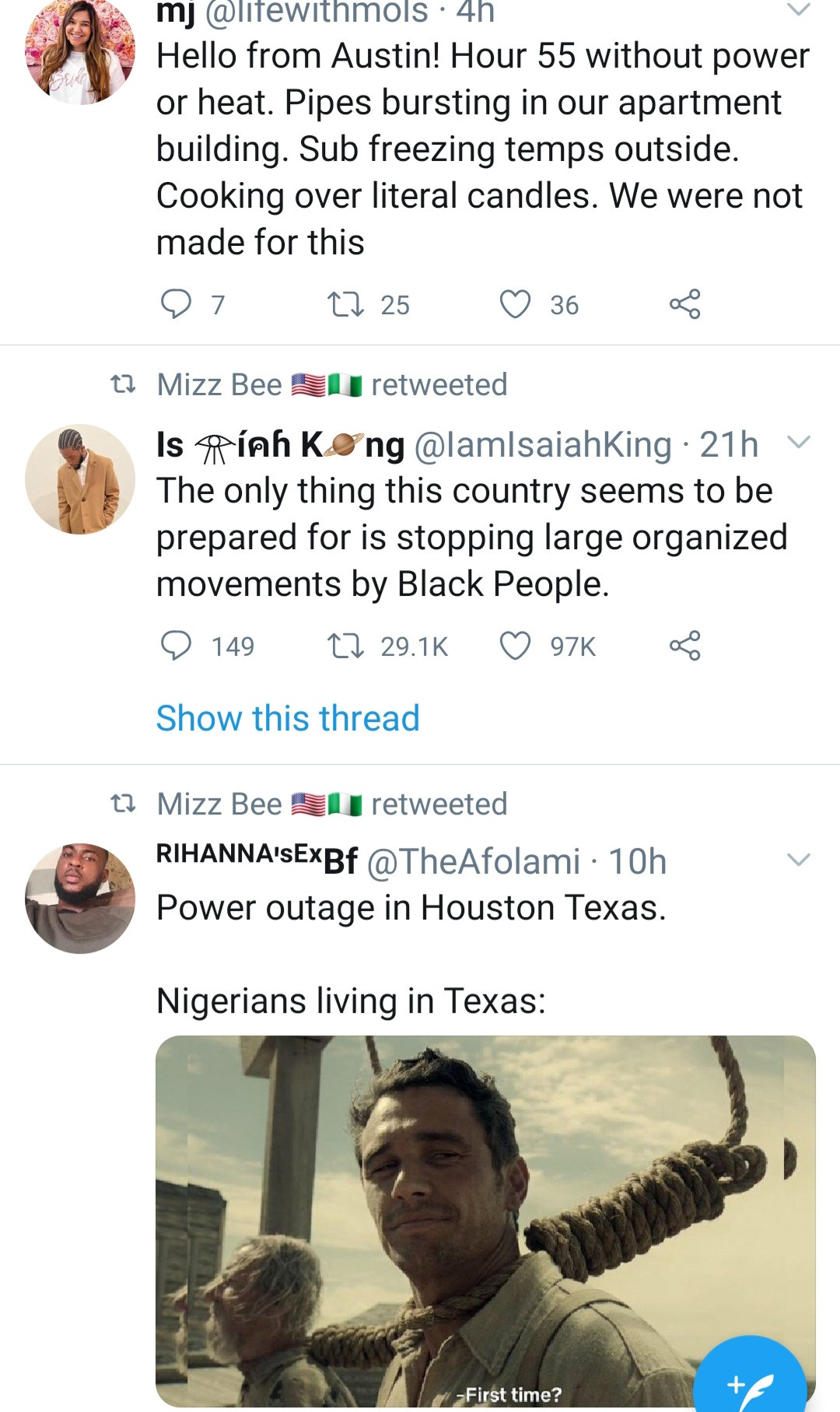 The situation is becoming worst every minute, as a recent footage has just surfaced showing Houston Texas residents queuing up to fetch water from a public tap, which non of them would have dreamt of happening to them in a lifetime.

One of ABC 13 reporter simply identified as Erica Simon, share a heart breaking video of the helpless residents queuing up to fetch water from a public tap on Twitter and wrote;

"This is not a third world country. This is Houston, Texas. I spotted a line of people filing up buckets of water from a spigot at Haden Park. Why? Millions either have no water or are under a Boil Water Advisory." 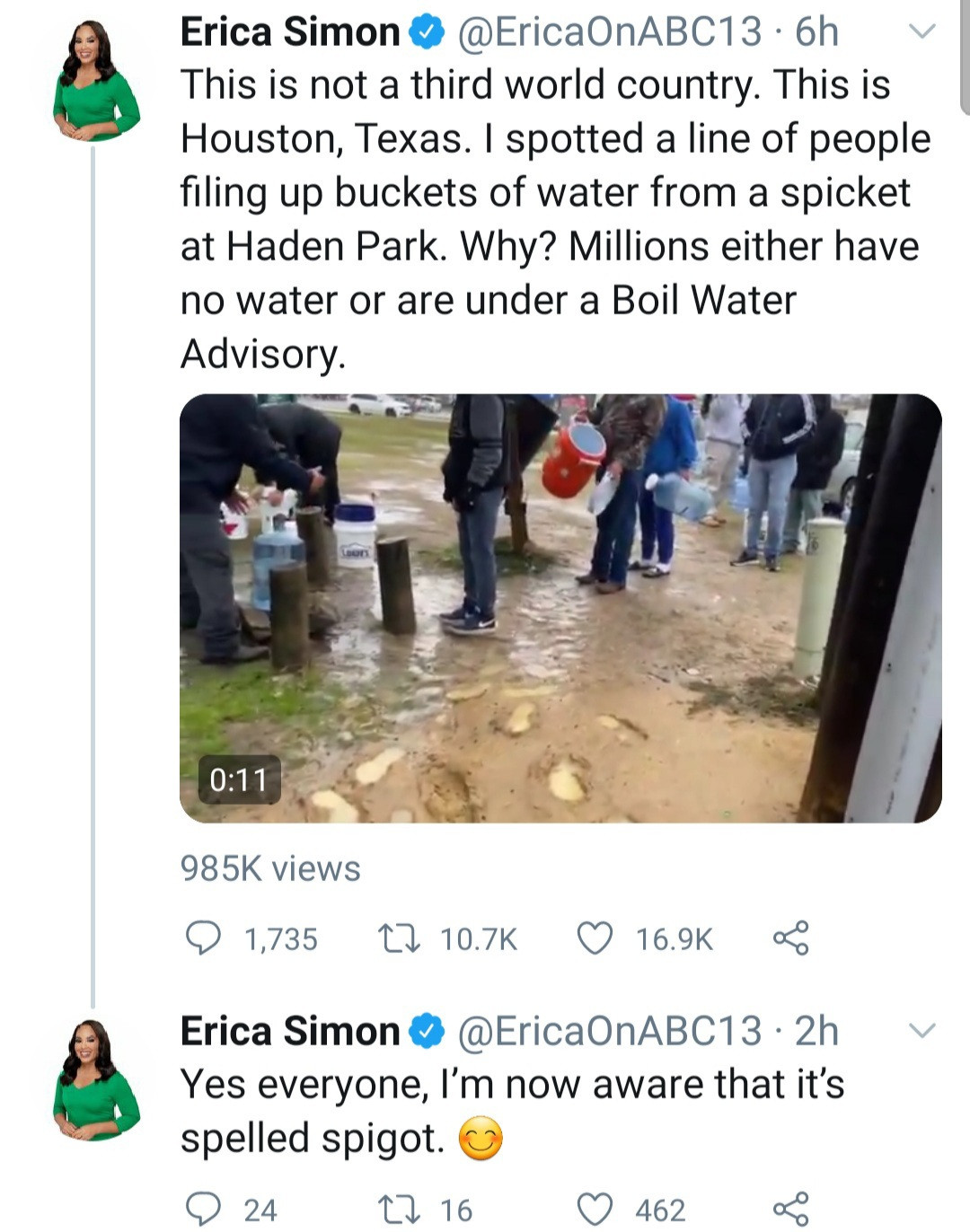 The situation is becoming a horrible one, as residents from Texas are really going through hell just to get themselves water to be used domestically, which is an eyesore. Like the reporter said, this is not a third world country but our almighty U.S.A, and it really doesn't say nice things about the government who need to do something drastic about the whole terrible situation.