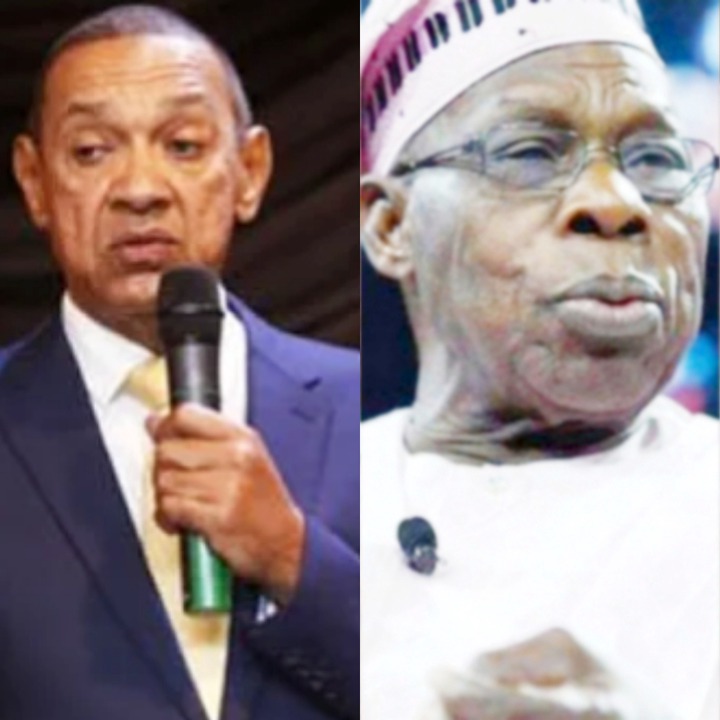 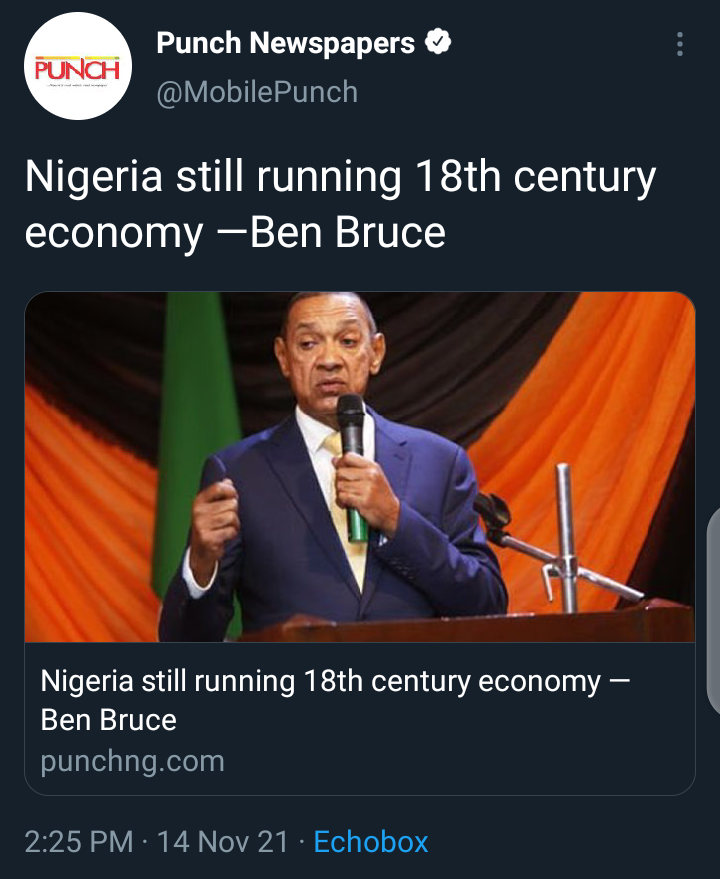 This is as he urged the President, Major General Muhammadu Buhari (retd.), to start the process which will enable Nigeria to join the rest of the world in the 21st century.

In a video on Twitter, Ben Murray-Bruce called for the Ministry of Science and Technology to be properly funded, noting that the biggest economies in the world are technology-driven.

He said, “We are already 21 years into the 21st Century, but here in Nigeria, we still run an 18th Century economy dependent on crude oil and its turbulent market prices.

“Mr President, I urge you, we need to move to the 21st Century and join the rest of the world. We cannot afford to be left behind waiting for the price of crude oil to rise”.

Obasanjo Reacts To Crisis In Ethiopia 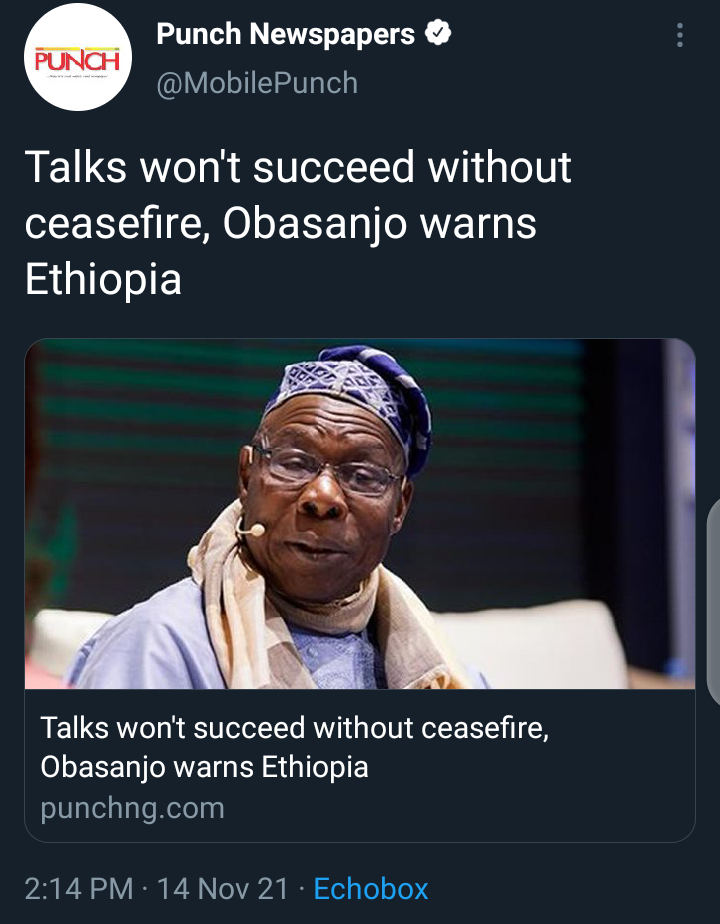 African Union’s special envoy for the Horn of Africa, Olusegun Obasanjo, remains hopeful that dialogue can end Ethiopia’s year-long war, but warned in a statement released Sunday that “such talks cannot deliver” without an immediate ceasefire.

The former Nigerian president is leading an international push to end a conflict that has cost thousands of lives and displaced two million people, as fears of a rebel march on Ethiopia’s capital Addis Ababa prompt a flurry of diplomatic activity.

Obasanjo, who left Ethiopia on Thursday after meetings with Prime Minister Abiy Ahmed and the leadership of the Tigray People’s Liberation Front rebel group, said he was “optimistic that common ground towards a peaceful resolution of the conflict can be secured.”

But with fighting intensifying in recent weeks and the TPLF claiming major territorial gains, he warned that “such talks cannot deliver in an environment of escalated military hostilities.”

“I, therefore, appeal to the leadership of all sides to halt their military offensives. This will allow an opportunity for dialogue to continue to progress.” 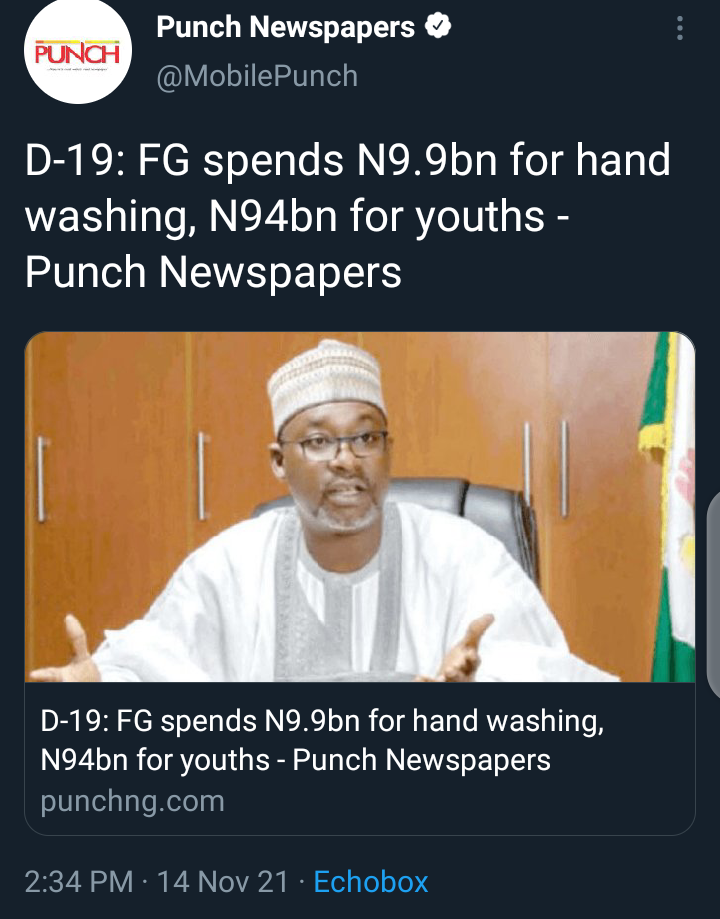 Federal Government through the Ministry of Water Resources got N9.9bn from the N2.3tn COVID-19 intervention fund to implement the ‘wash programme’ which involves water sanitation and health projects.

This is just as N94bn was disbursed for youth empowerment and job creation.

These details were revealed by the Federal Ministry of Finance, Budget and National Planning in response to a Freedom of Information request sent to the ministry by human rights lawyer, Mr Femi Falana (SAN).

The document titled, ‘Re: Request for Information on Utilisation of the Sum of N1.5tn Spent by the Federal Government of Nigeria on Managing the Effect of COVID-19,’ was signed by the Director, National Monitoring and Evaluation at the ministry, Dr Zakari Lawal.

The document showed that in June 2020, the Federal Executive Council approved a N2.3tn stimulus plan proposed in the Nigeria Economic Sustainability Plan designed to support the nation’s economy to mitigate the challenges of the COVID-19 pandemic.