By FirmBeliever (self meida writer) | 9 days 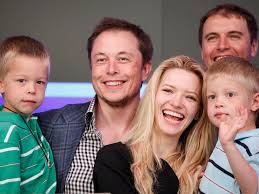 Elon Musk is a known Global Businessman and billionaire, though he is quite famous for being a fun loving Billionaire, he is known as the CEO and the Cogfounder of electric vehicle company Tesla. Asides from the known companies, he is also the founder of one of the most important companies in the space program, an aerospace engineering company, SpaceX. According to Inc., the Billionaire is a South African-born entrepreneur who has created and founded so many companies and is well on his way to becoming the first trillionaire by 2025.

Though this is based on statistics and economic sighting. Obviously, with so much money, comes deep controversy a d public consciousness since he is probably the only billionaire who is so active on Twitter, and has made several iconic, and sometimes funny appearances on some popular podcasts and shows, including the famous Joe Rogan's podcast back in 2020. Though a busy man, with several things to do, Musk is quite a troll on the social media space.

This attitude and constant use of social media apps, especially Twitter, has made his followers sometimes assume the billionaire is simply joking when he makes certain posts. For instance, his followers thought he was just being a troll when he announced the birth of his son on Twitter, by sharing the name of his baby boy. Such interesting name, Musk named his son, X Æ A-12. A name he claimed was real. Musk and his baby mama and longterm Bae, a Canadian Singer Grimes have been together since 2018. In May 2020, the couple welcomed their first child together. The day was quite interesting mostly because the child had such unique name that trended on the Twitter website for hours and people tried to decipher if Musk was serious... Or he was just being his normal self. 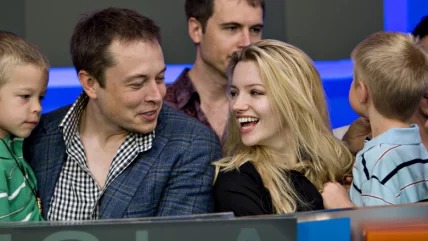 Though Musk simply shared the name, Grimes actually went as far as clearing out people's ignorance towards the name, she went to Twitter to explain the unique etymology of the baby s name a day later. Eventually, Musk came on board to also explain the pronounciation of his son's name on the Joe Rogan Podcast. Here is what he explained, X Ash Archangel 12. But weeks later they'd made another change to the name, reported Vanity Fair.

Well, he is after all a billionaire so it makes sense that he would have run into some marital issues in the past. A young perhaps playboy who is wealthy enough to have any girl. Asides from his now famous kid whose name trended on the internet for its uniqueness, Musk also has other kids and obviously, Bing Musk, he gave them unique names too.

Musk is actually a father of sic children in total, yes, you read that right. The billionaire has been married twice, his second marriage was to British actor, Tatulah Riley, they actually got married and divorced twice, billionaires right? His first marriage on the other hand was with Justine Wilson. Interestingly, between his two ex wives, only one had children with him. His first wife, Justine Wilson gave birth to five of his kids, namely, Griffin and Xavier who are actually twin boys and were born in 204, and triplet boys named Damian, Kai, and Saxson, born in 2006.

The billionaire would have been the father of seven of not for an unfortunate event that happened back in 2002. The birth of his first child ended tragically in 2002. Justine and Musk lost their first son who they named Nevada to an infant death syndrome at just 10 weeks old. Afterwards, they sought out in-vitro fertilization treatments for the birth of their next dive sons.

China is Indeed The Home Of Bridges. Check Out Pictures Of This Mind Boggling Ruyi Bridge In China