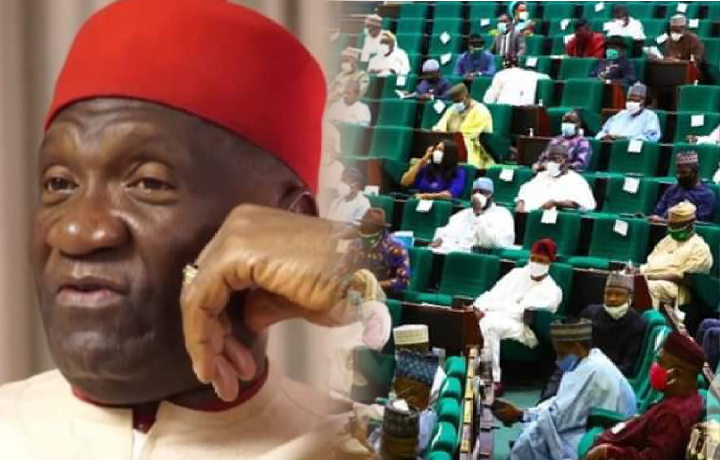 A former President-General of the Ohanaeze Ndigbo, Chief John Nwodo, has urged the Federal Government to initiate talks with the Indigenous People of Biafra.

Nwodo, who was the guest speaker at the 14th edition of the annual Anthony Cardinal Okogie Foundation held in Lagos on Thursday, said the declaration of IPOB as a terrorist organisation by the Federal Government was unfair. 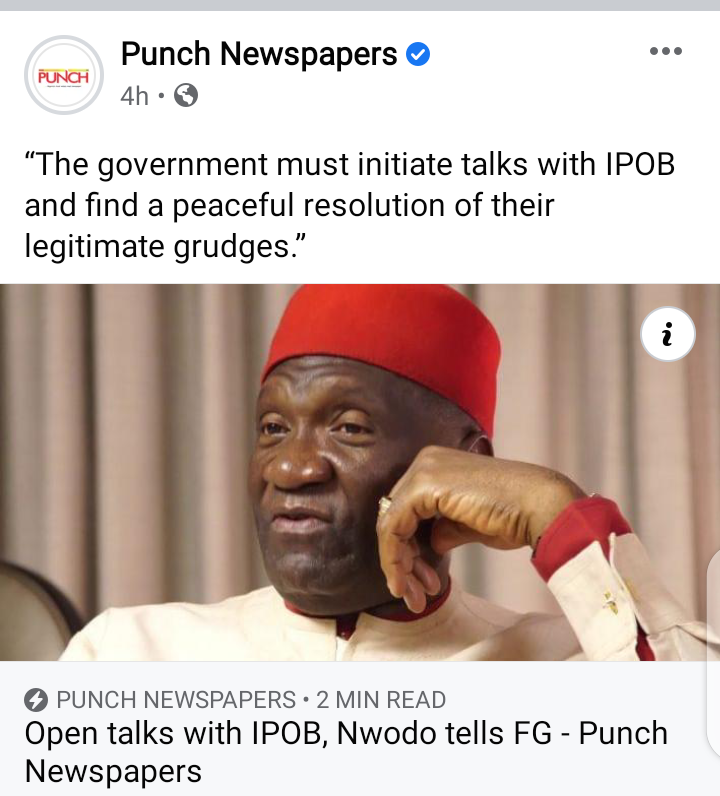 He said the only hope for Nigeria was the call for restructuring pioneered by the Southern and Middle Belt Forum Leadership.

The former President-General of the Ohanaeze Ndigbo said there was a need for the President, Major General Muhammadu Buhari (retd.), to constitute a nationwide conversation of all ethic nationalities to look into the 2014 national conference report.

The House of Representatives, on Thursday, threatened that it will ask the Central Bank of Nigeria to take over the ownership of Heritage Bank of Nigeria for owing the Federal Government more money than its entire share capital.

The threat was made by its ad hoc committee on the assessment and status of all recovered loots (movable and Immovable assets) from 2002 to 2020 by agencies of the Federal Government for effective efficient management and utilisation. 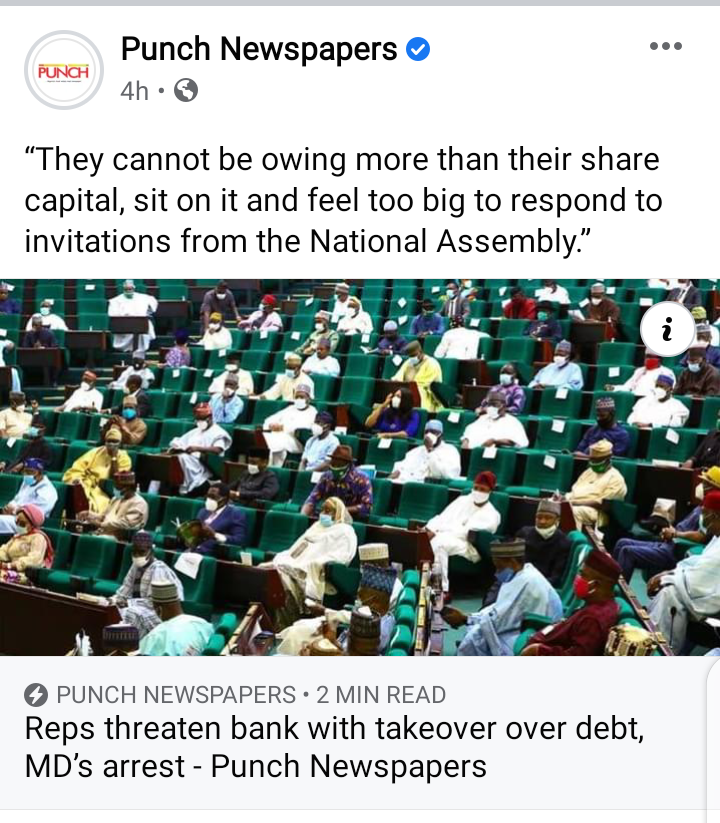 The committee also threatened to issue an arrest warrant on the Managing Director of Polaris Bank for failing to appear before it to explain why the bank had not remitted over $32m owed to the Nigerian National Petroleum Corporation.

The Chairman of the committee, Adejoro Adeogun, issued the threats at an investigative hearing in Abuja.

Ganduje in a paid advertorial on Thursday eulogized Sen. Kwankwaso on the developmental pedestal the Kwankwasiyya leader placed the state. 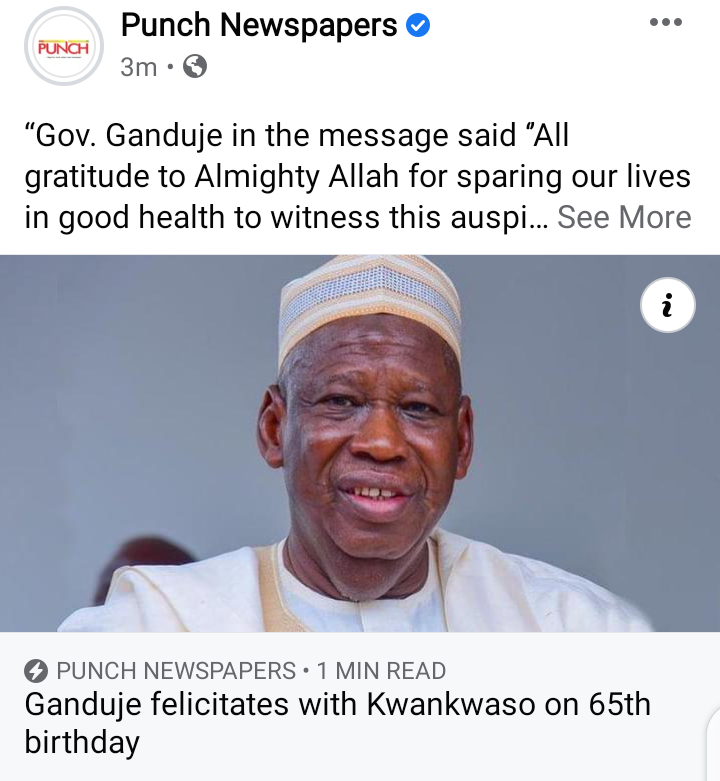 Kwankwaso, the former governor of Kano State and ex-Defence Minister was born on October 21, 1956.

Gov. Ganduje in the message said ‘’All gratitude to Almighty Allah for sparing our lives in good health to witness this auspicious anniversary on your birthday.’

There have been speculations in the past weeks over the candidates for the next general elections, especially with the issues raised around zoning. 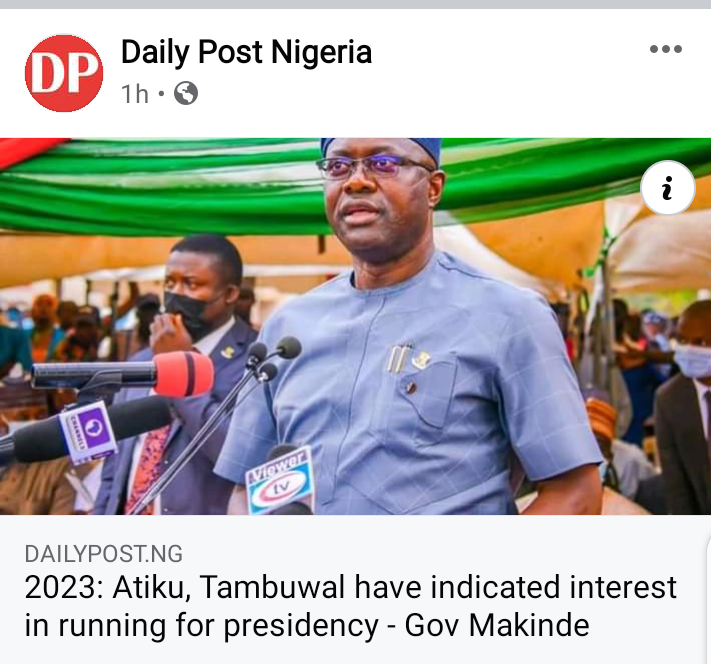 Makinde, speaking during an interview on Channels Television on Thursday, boasted that the Peoples Democratic Party (PDP) has “eminently qualified” personalities that can lead Nigeria.

He also said the only way PDP can be stopped, is if the party is divided internally.