NDDC Audit Report Reveals That At Least 13,000 Projects Are Abandoned In The Niger Delta Region

By Tpublish (self media writer) | 9 months ago

Sen. Godswill Akpabio, Minister of Niger Delta Affairs, said on Thursday that 13,000 projects in the region had been abandoned while submitting the Forensic Audit Report on the Niger Delta Development Commission (NDDC).

Mr. Abubakar Malami, SAN, Attorney General of the Federation (AGF) and Minister of Justice, submitted the report to Mr. President in Abuja.

"The audit committee's study revealed that the Niger Delta has over 13,000 abandoned projects, and even before the report was submitted, some contractors returned to the site on their own and completed roughly 77 road projects. 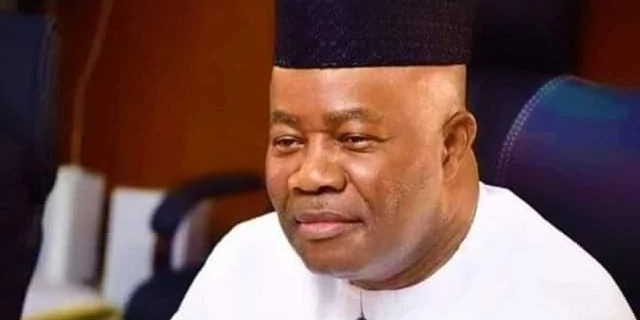 "I appreciate Mr. President and all those who supported and secured the exercise's success, despite its tumultuous history."

He emphasized that the exercise was not conducted to persecute anyone, but rather to guarantee that the massive sums of money invested in the area each year are justified.

He lamented the fact that, despite successive administrations' attempts through the construction of different interventionist programs and projects, the region had remained backwards since 1958.

In a summary of the findings, Lead Forensic Auditor Alhaji Kabir Ahmed noted that the team proposed management and structural adjustments, the most important of which is the shrinking of the NDDC's board.

He stated that, in order to save money, the team advised that members of the team be appointed on a part-time basis.

According to the Nigerian News Agency (NAN), the selection of members of the NDDC board of directors has been put on hold until the audit report is released.

Ahmed also revealed that the country's oil corporations had yet to pay their contributions to the Commission.

"We proposed that any oil business that fails for three years have its license revoked by the government.

Also, a 15% ecological fund deduction at source should be made and given to the commission because both the federal and state governments have neglected to pay the commission.

"As a measure of effective revenue collection, the panel proposed that the Federal Inland Revenue Service collect funds on behalf of NDDC from oil businesses around the country."