The Nigerian Man Who Uses A Wheelchair, But Has Many Employees Working Under Him In His Workshop

By Miracleikwor (self media writer) | 1 day ago

Some people have decided to work with their hands no matter the situation they find themselves in. It is better to work as a man than to beg for food or money. As a man, it is very normal to hustle for your money, this is the same story with a man known as Okechukwu Anthony, who has decided to hustle hard despite he sits in a wheelchair. 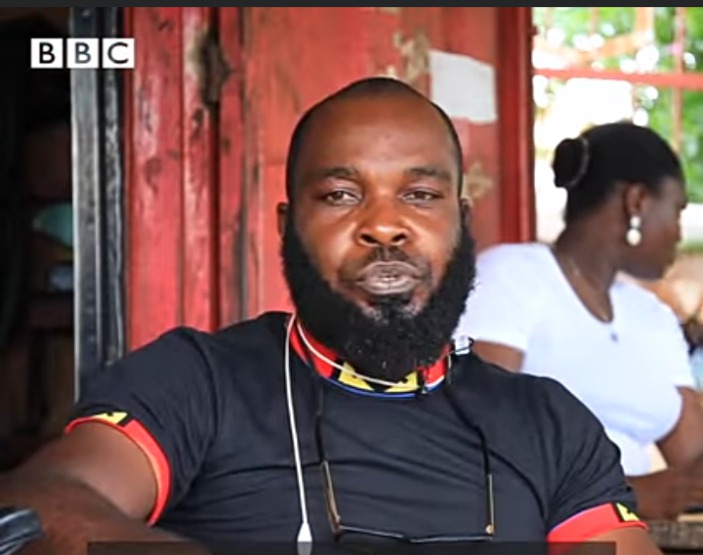 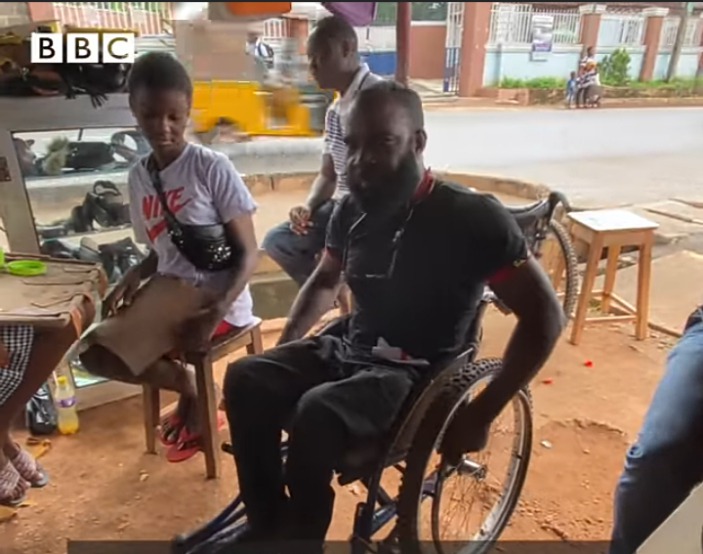 According to Okechukwu, he said he vowed never to beg anyone for money or food in the street despite he couldn't walk, so he decided to learn handwork that will put food on his table. He is from Enugu state, and that's where he stays with his family. 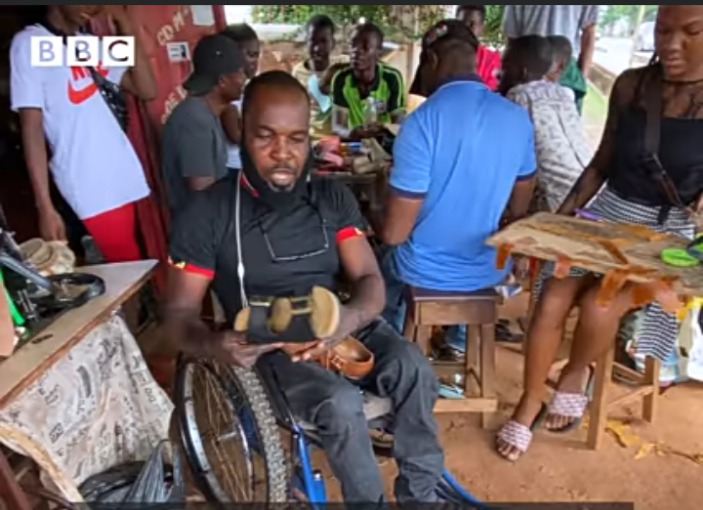 He learned shoemaking work, and also opened his shop after learning from his master. Not only did he open his workshop, but he also does the shoemaking work very well, and that's one of the reasons why people like patronizing him. He produces leather shoes, sandals, palms, and other footwear. 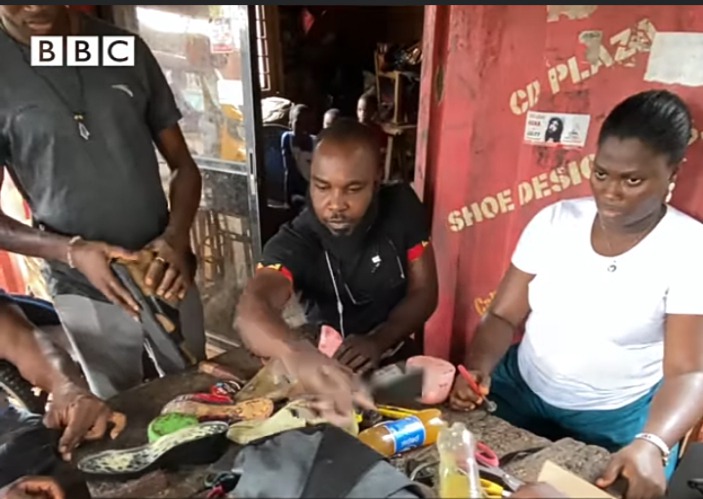 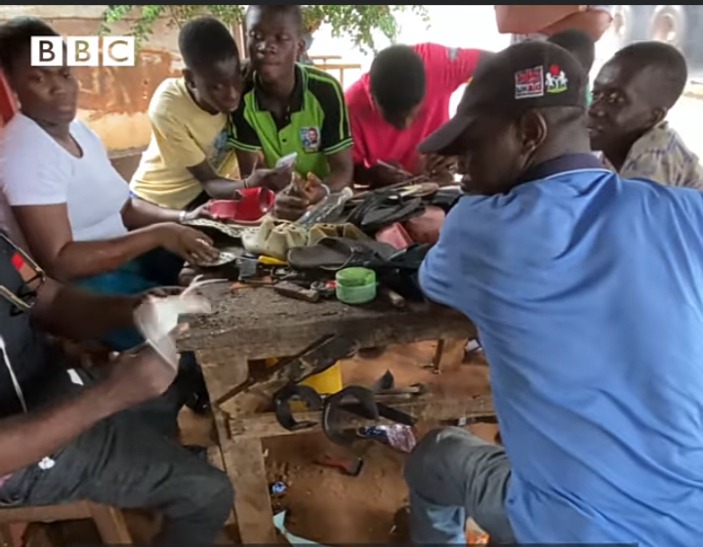 He has a lot of workers under him who are learning the work from him. He has been teaching them, and he's very good at what he does. According to some of his apprentices, they said he's a very good boss to them. He's the kinda boss who takes everyone along in his workshop. He treats them like a family, and they are very happy learning the handwork from him. 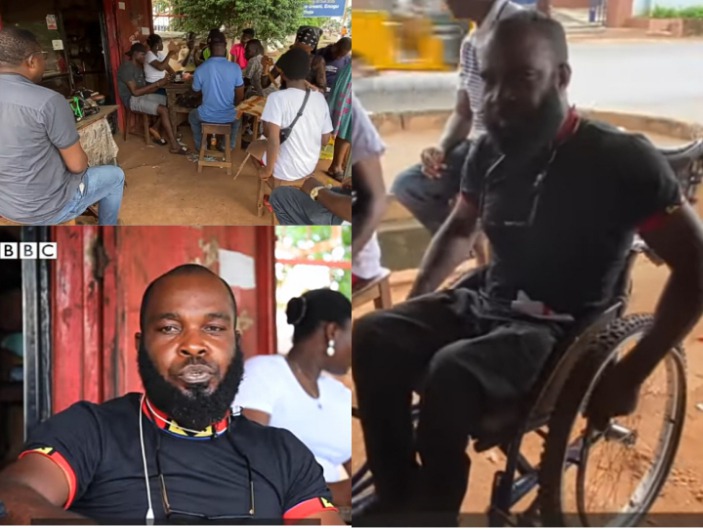 He also said that he has trained many people who can't walk like him. He uses his business to pay his children's school fees, pay his house rent, provide food for his family. So he's doing well in his business, and he's very happy with his work. Finally, he urged everyone to work instead of begging on the street. If he can do something with his hands despite his condition, then you can do it too. Please like, share, and follow me up. Thanks for reading.