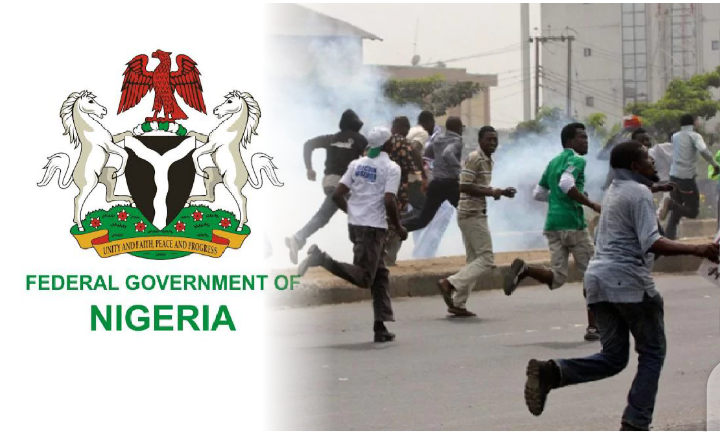 Amidst on - going controversy over its rights to collection of Value Added Tax, VAT, across the country, the Federal Government is set to implement an aggressive VAT revenue drive which it expects to yield about N316 billion next year.

This forms part of the 2022 fiscal policy plan which is also reflected in the Appropriation Act presented previous week to the National Assembly by the executive arm of the government. 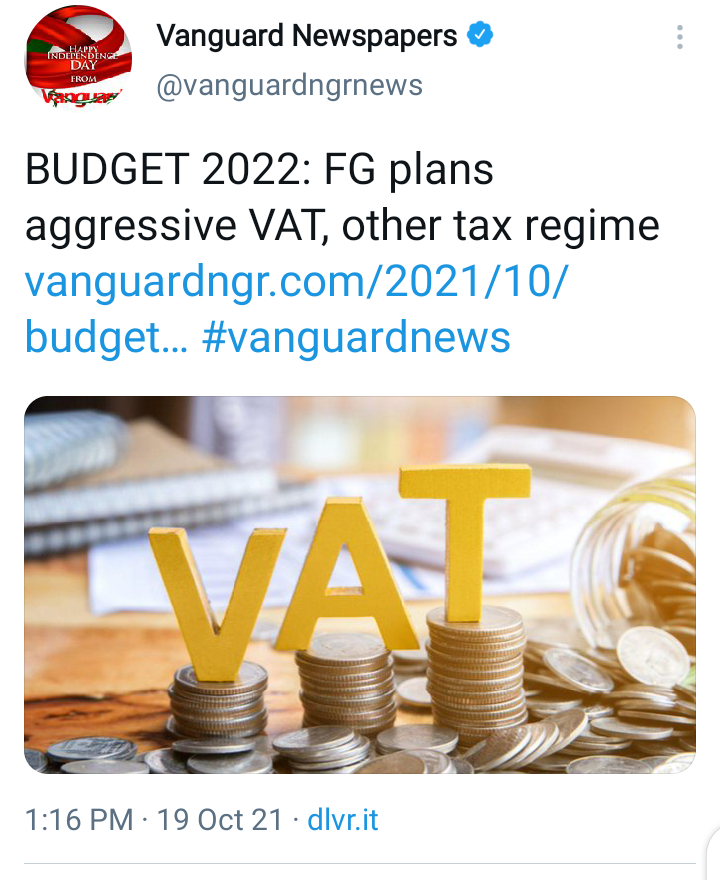 Under the aggressive tax revenue drive, the FG is also expecting to rake in N29.3 billion as charges from electronic money transfers, a new revenue line it hopes to implement in 2022.

The targeted VAT revenue for 2022 is 99.2 percent higher than N158.95 billion budgeted in 2021 and represents 3.12 percent contribution to the total targeted N10.13 trillion government’s revenue for the year.

Four persons have been reportedly killed during a cult clash between the Iceland and Debam fraternities in Akwa Ibom. 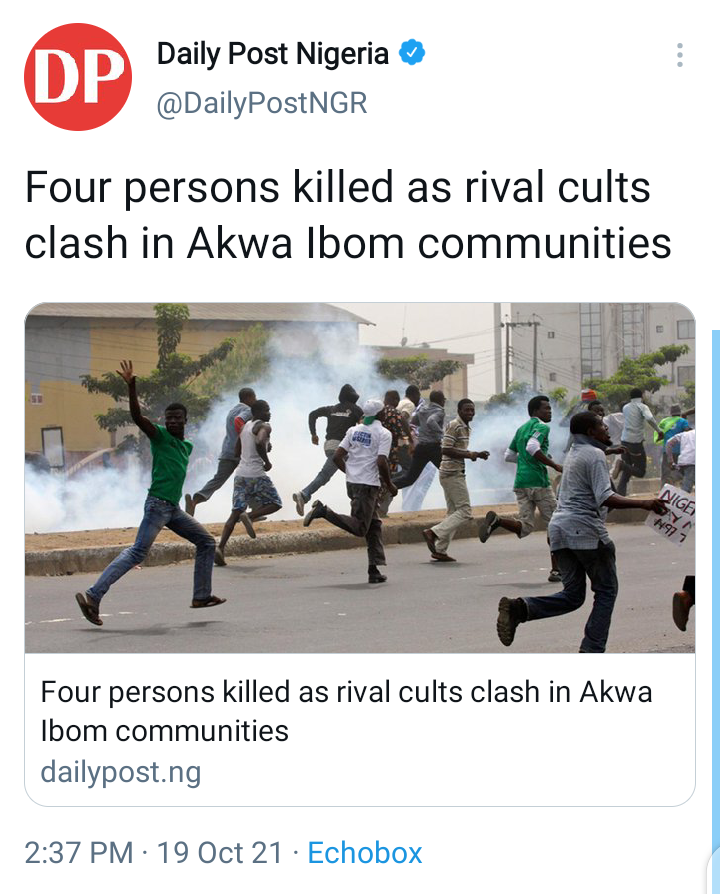 The incident, it was gathered, occurred on Sunday, October 17, 2021 in Etim Ekpo and Ukanafun local government areas of Akwa Ibom State.

The two local governments have been engulfed in cult-related crisis over the years which later sacked the entire communities making them to find refuge in designated primary schools and a local churches as Internally Displaced Persons.

The Northern Youths Council of Nigeria (NYCN) has withdrawn its petition against Senator Jibrin Barau representing Kano North Senatorial District to the Economic and Financial Crimes Commission (EFCC) saying it was wrongly informed of the activities of the Senator. 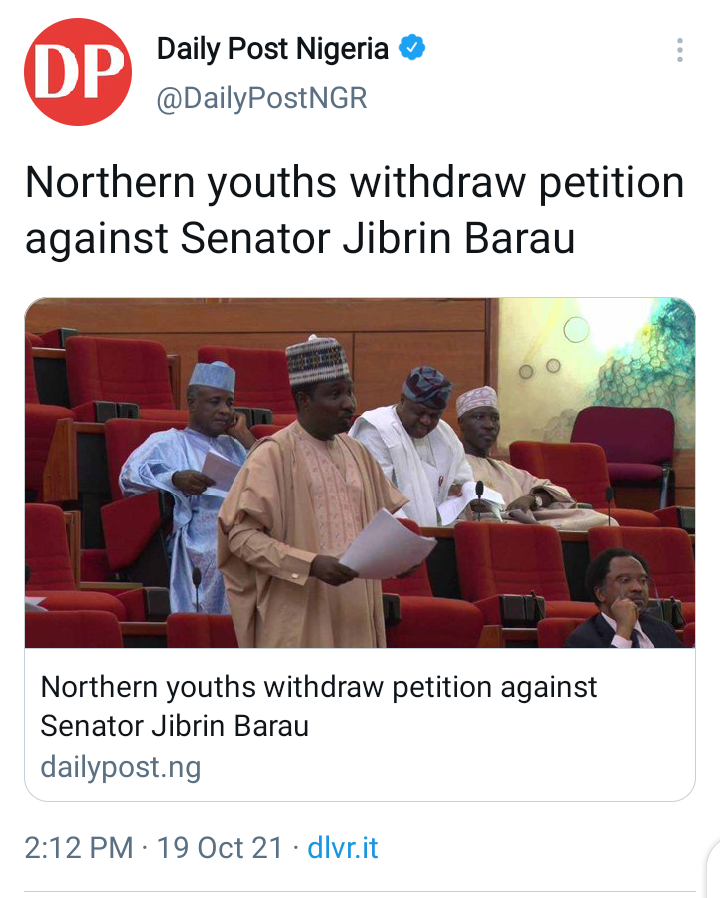 A letter addressed to the Chairman, Economic and Financial Crimes Commission (EFCC), Abdulrasheed Bawa, on the petition against Senator Barau, also included his children and their companions in the petition.

Briefing newsmen in Kaduna on Tuesday, President, Northern Youths Council of Nigeria, Comrade Isah Abubakar, explained that the group has intercepted a video clip of a press conference that was read by one Dr Ibrahim Baba Jimweta, the purported leader of “Centre for Democratic Research and Budget Tracking” where he stressed his desire to see Senator Jibrin Barau “suspended and investigated” as a result of a petition by the National Youths Council of Nigeria.

Governor of Adamawa State, Ahmadu Umaru Fintiri, has called on Muslim faithful to imbibe the virtues of humility, sacrifice and sharing of Prophet Muhammad SAW.

This is contained in a statement issued by the Press Secretary to the governor, Humwashi Wonosikou. 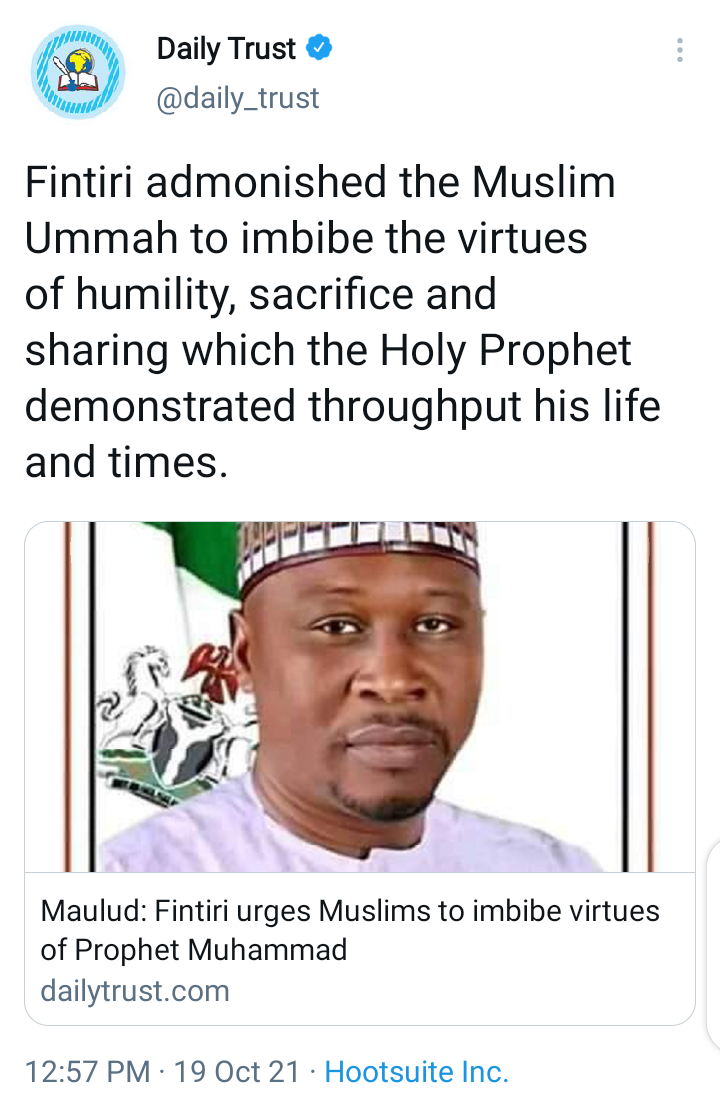 He said Fintiri felicitated with Muslims on the occasion of Eid-el-Maulud, the birthday of the Holy Prophet Mohammed (SAW).

Fintiri admonished the Muslim Ummah to imbibe the virtues of humility, sacrifice and sharing which the Holy Prophet demonstrated throughput his life and times.