It is essential to understand how to avoid making costly mistakes when investing in cryptocurrencies or other financial markets. 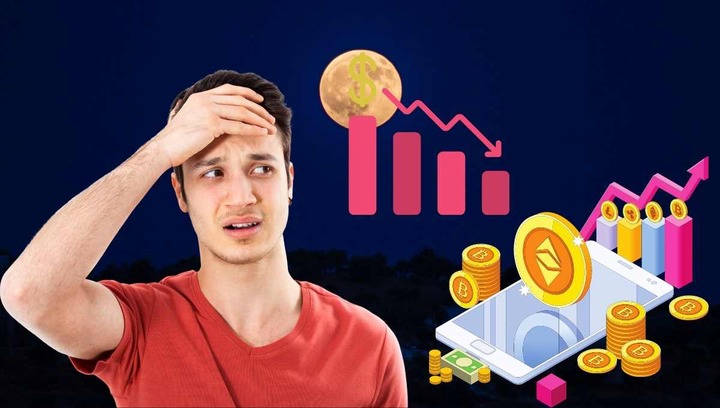 Lack of Patience When Investing

One of the main reasons why people avoid the crypto markets is because everything is so volatile. Markets can soar by thousands of percent one month, then crash and lose everything the next.

One of the most common mistakes people make is failing to remain patient and calm during market fluctuations. People are always hesitant to stay in one position and are always eager to make new trades.

It's not only impossible to time the market, but it's also a major reason why people can't wait. When their portfolio isn't consistently profitable, they feel compelled to act. Sometimes the best course of action is to take none at all.

Gambling Instead of Investing

This space of greed is unlike anything we've ever seen.

People are pouring money into random NFTs, meme coins, and worthless tokens in the hopes of becoming instant millionaires. While the dream is appealing, it is a dangerous trap in which 99 percent of traders lose money.

Whether you have prior market experience or not, you must distinguish between gambling and investing. Investing necessitates extensive research and due diligence using logic, whereas gambling necessitates uncontrollable emotional outbursts and delusional thoughts, which are frequently regretted.

When there is only speculation and no fundamentals or utility, I consider it a waste of time.

Almost the entire crypto market has continued to rise due to extreme speculation and greed, but this will not last forever. This was perfectly demonstrated in 2018, when almost all alts plummeted 90–99 percent after the Crypto Bubble finally burst.

Most of those alts no longer exist, and we now have a new wave of worthless tokens to replace them, which will undoubtedly result in thousands of bag holders after the crypto bubble bursts once more.

Gambling appears to be as follows:

Purchasing the most popular token

Deferring decisions and burying your head in the sand

Investing, on the other hand, appears to be as follows:

Developing a financial plan based on your objectives and risk tolerance

Building a diversified portfolio in accordance with the plan

Following the plan until something changes

Making decisions based on your strategy rather than your emotions

Taking a long-term perspective (gambling is all about rapid gains)

The key distinction is having a plan. It will be far more difficult to make the right decisions if you don't know where you want to end up.

The notion that one should "HODL forever" without ever taking profits has become a dangerous mentality that has been ingrained in the crypto markets' foundations, primarily by big players, insiders, and institutions.

Why are CEOs of large projects, exchange owners, or high-profile investors urging others to buy and "HODL" forever? It's a very simple concept, and it's because they want to be first.

How would they be able to dump their belongings if everyone else was doing the same? The HODL narrative gives them the stability and liquidity they need to sell at higher prices.

The Litecoin Bubble and Charlie Lee

If you were into the digital market in 2017–2018, you may have heard about the scandal involving Charlie Lee, the CEO of Litecoin. At the peak of Litecoin, he advised his millions of followers and investors to "hodl on for dear life!"

Within 24 hours, Lee dumped his entire Litecoin portfolio, and prices plummeted by 99 percent over the next 12 months.

This entire "HODL" and "Diamond Hands" movement is nothing more than a ploy by insiders and big players to dump their bags on retail investors.

HODL during early stages of a Bull Market

HODLing isn't always a bad thing. In fact, it is advised during the early stages of a bull market. For example, when Bitcoin fell below $4000 in March 2020, I made several comments advising people to HODL and prepare for the upcoming bull market due to the bullish fundamentals.

When prices are significantly lower than their ATHs and you have strong reasons to believe in a long bull market, HODLing isn't a bad idea. Unfortunately, it's mostly pushed near the bubble's apex, which is why many people get rekt.

You do not conduct your own research

People who are lazy or expect others to always do things for them are rarely rewarded. As millions of new retailers enter the market, many are looking for quick profits rather than going through the entire process of researching and analyzing projects on their own.

Unlike other crypto influencers, I've always encouraged people to make their own decisions rather than blindly following me (or anyone else). No one can ever be completely correct with their predictions and speculations, which is why conducting your own research is critical.

With over 12,000 coins on the market, each one claims to have a revolutionary solution to a non-existent and self-invented problem. If you take their word for it, or that of some YouTubers, you could end up with worthless shitcoins, which is frequently the case.

You should also take everything you read with a grain of salt. Many people will shamelessly promote their own crypto positions. That is just human nature. Just be cautious of that.

A good way to actively employ this strategy is as follows:

Identify potential projects in which to invest.

Rate the projects on a scale of 1 to 5 in each category.

Only invest in projects that have received the highest overall score.

Anyone with an internet connection can use this strategy to increase the value of their cryptocurrency investments. All it takes is your time and effort. And it will have a significant impact on the decisions you make.

Using Emotions Instead of Logic in Trading

One thing I've noticed is how much the crypto community relies on Emotions rather than Logic when trading. This is a dangerous path to take, and it should be avoided at all costs if you want to succeed.

Market cycles are something that everyone should research and comprehend. The chart below depicts several different phases that we will experience during a market bubble, which can help you better understand and prepare to act logically against current market sentiment.

Confidence is built through research.

If you can easily persuade yourself to buy high and sell low, it's highly unlikely that you've done any real research on the asset you're trading. Instead, you're overly concerned with making quick gains, which often leads to quick losses.

Let us presume Bob has $100,000 to invest. Bob can either ape in and out of worthless shitcoins as his mood changes due to price fluctuations, or he can conduct extensive research on several tokens he's interested in.

Assume Bob discovers a token he really likes as a result of thorough technical and fundamental analysis and decides to invest. Bob is aware that he has done the research and is confident in his analysis, so he will not experience the same emotions as others.

People who fully understand what they're investing in are more likely to be able to deal with the emotional factors that make investing difficult.

Thank you for your time!

My intention in writing articles like this is to assist others. I hope that the points I mentioned above can help to reinforce ideas that are critical to success.

If you want to show your support, click the follow button to be notified of future articles like this. I'd appreciate your likes and comments so that we can rank higher on the algorithm!