By DanielCE (self media writer) | 2 months ago 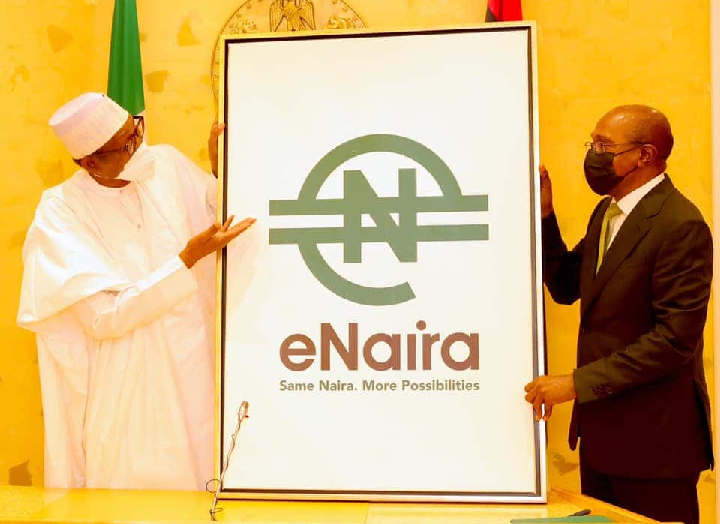 It's no longer news that President Muhammadu Buhari has launched the Nigerian Central Bank Digital Currency (CBDC), known as the eNaira, and the application for the digital currency introduced by the CBN is available for download.

However, in this article are other things you need to know about the digital currency.

The eNaira is the digital form of the Fiat currency (Naira), issued by the CBN in line with Section 19 of the CBN Act. It is believed to be a legal tender that will form part of the currency-in-circulation. The eNaira will be a non-interest bearing currency and won't serve as a hedge to escape inflation which many have used Bitcoin and Ethereum.

• Its benefit to Nigerian Government and citizens according to a circular signed by Mr Chibuzo Efobi, the CBN director Financial Policy and Regulation Department, are:

(1) The eNaira will complement cash as a less costly, more efficient, generally acceptable, safe and trusted means of payment and store of value.

(3) It will enhance government's capacity to deploy targeted social interventions.

(4) The digital currency will provide alternative less costly channel for collection of government revenue and boost remittances through formal channels.

(5) Nigerians won't be charged by the financial institution for the utilisation of the eNaira through POS or the banks.

• Below are all the eNaira Wallets available for different stakeholders:

Charges for transactions that originate from the eNaira platform will be free in the first 90 days commencing from Oct. 25. After this period, applicable charges as outlined in the Guide to Charges by Banks, Other Financial and Non-bank Financial Institutions will become effective. Banks will automatically be onboarded by the CBN while merchants will be onboarded once they download the app and individuals will have to onboard by themselves.

The eNaira stock wallet belongs solely to the CBN and it shall warehouse all minted eNaira. While the eNaira speedwallet app belongs to individuals.

To ensure security of funds, the enaira is expected to have two-factor authentication and other measures.

For Tier 0 category, which is just phone number without verified National Identity Number, the daily transaction limits was set at 20,000 with a balance limit of 120,000 naira.

For Tier 1 category, which has a verified number, their daily transaction limit is 50,000, while the balance limit is 300,000 naira.

Tier 2 and Tier 3 categories, have daily transaction limits of 200,000 and 1million naira as well as a 500,000 and 5 million naira balance limits while merchants have no limit.

When more information is made available concerning this digital currency, this article will be updated.