By AdeAdek (self media writer) | 23 days ago 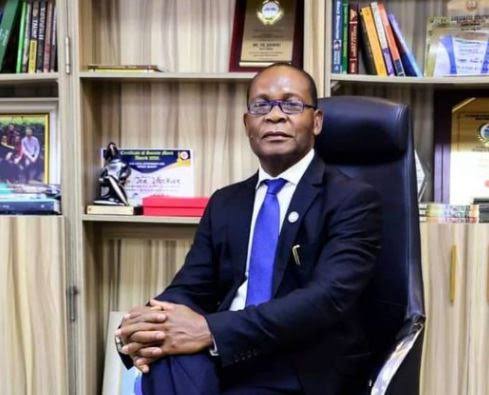 The post shared by Joe Igbokwe started with the list of top 20 most indebted countries in the world. The United States of America was the first country on the list, which means that America is the country that owes the largest amount of debt in the world, also note that America's economy is the biggest in the world. Other top and developed countries like United Kingdom, France, Germany, Netherlands, Canada also made the list, even China that lends money to other countries was also on the list. This information signifies that countries can't do without borrowing, even if they are the biggest economy.

The top 10 most indebted African nations to China were also listed, with Angola leading the pack. Other countries like Ethiopia, Kenya, Congo and Sudan were also at the top of the list. Nigeria is the number eight country on the list, with a debt of $4.8 billion.

The point the compiler of this list is trying to make is that Nigeria is not among the world's top indebted countries, and even in Africa, Nigeria is the number eight country on the list of countries that owes China. The writer also said that people should not be deceived because every country lives on borrowing, he also asked people to confirm these figures on Google.

In essence, what the writer is saying is that, borrowing is not only peculiar to Nigeria, other developed economies also borrow. So when the government tries to borrow money to fund infrastructural projects that will help this country grow, people that condemn such action should know that borrowing is a universal practise, if America still borrows money, what stops Nigeria from also borrowing to fund projects that will help it develop to America's level.

Read what Joe Igbokwe posted below. 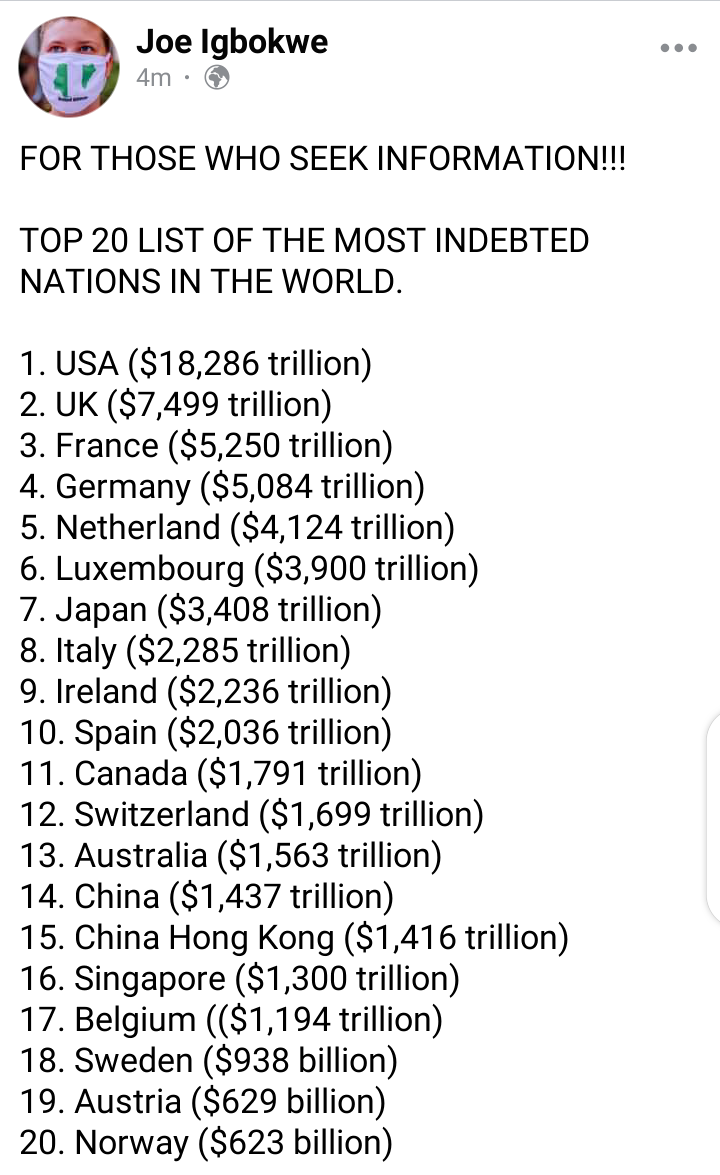 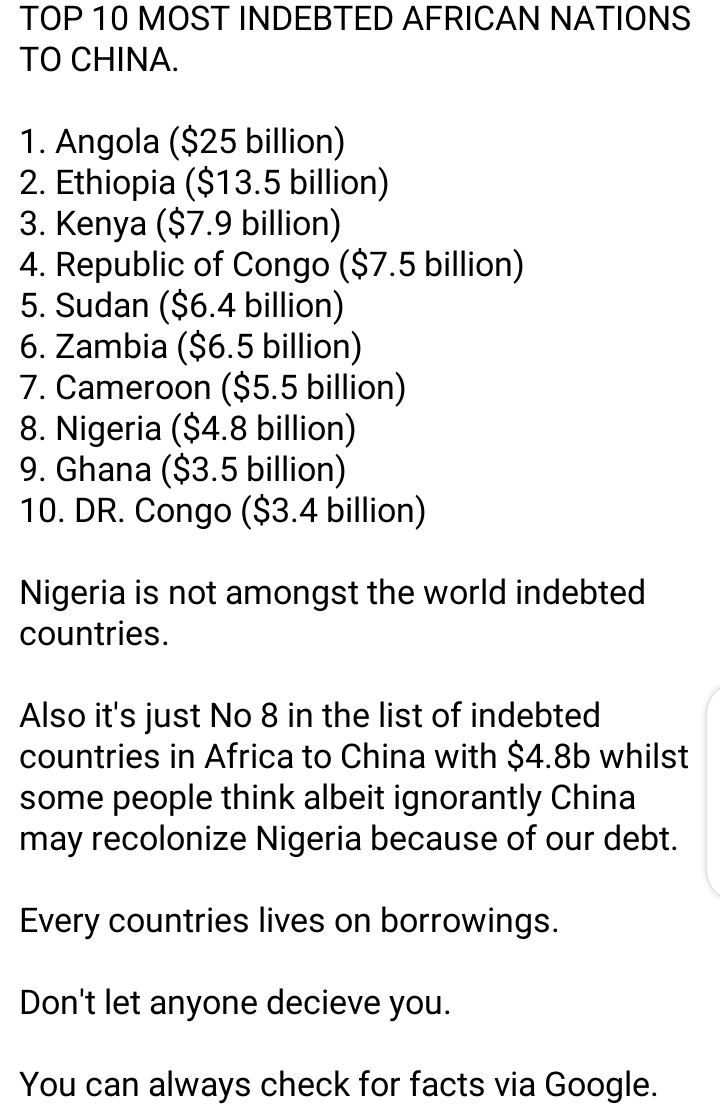 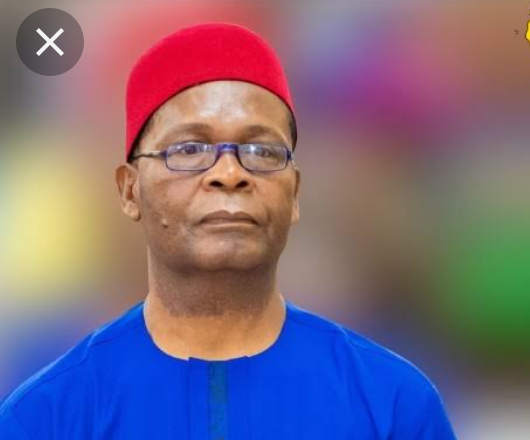