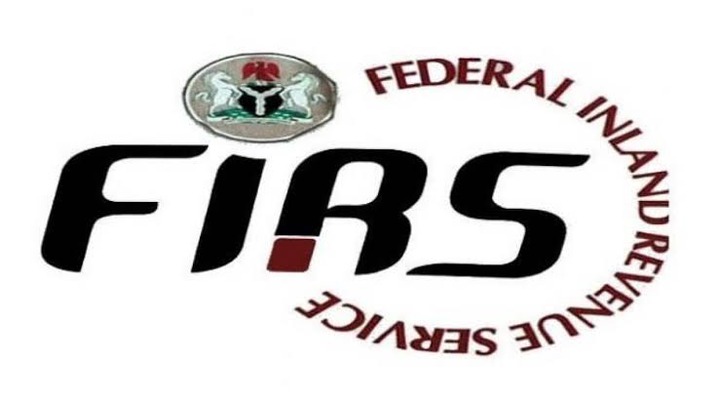 The Federal Inland Revenue Service, says it is proposing the introduction of Road Infrastructure Tax in Nigeria, to make the informal sector contribute to building a modern society.

The Executive Chairman of FIRS, Muhammad Nami, disclosed this on Thursday while receiving a delegation of the Nigeria Union of Journalists, led by its National President, Chris Isiguzo, in his office, in Abuja. 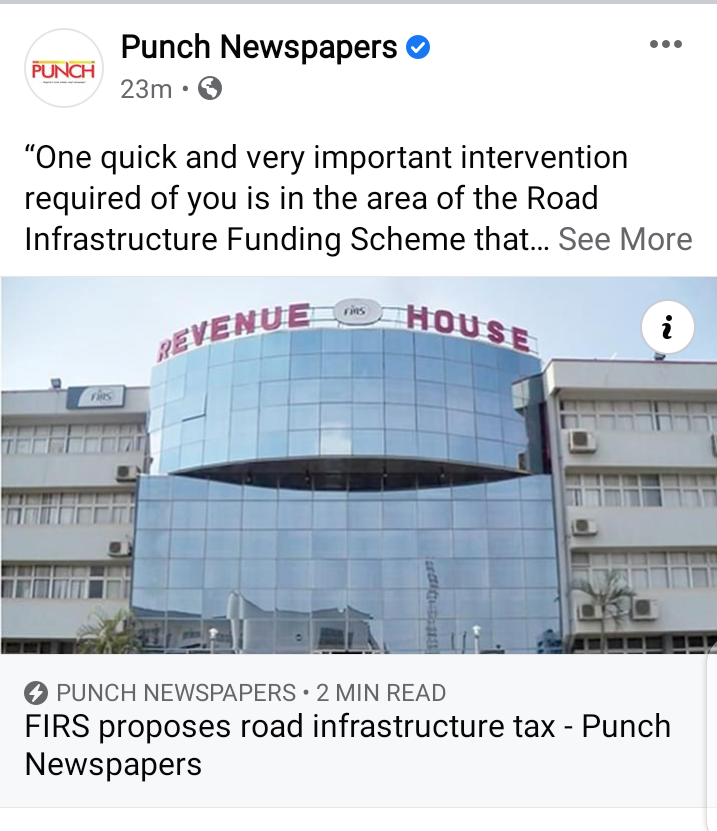 Nami said the proposed Road Infrastructure tax to be administered by FIRS, will provide government with adequate funding for road construction, rehabilitation, and maintenance, as well as providing the needed security for roads in the country.

He said “One quick and very important intervention required of you is in the area of the Road Infrastructure Funding Scheme that the country needs in order fix our roads and bringing the informal sector to the tax net.”

Yet-to-be identified hoodlums have set ablaze the palace of the traditional ruler of the Etekwuru community in the Ohaji/Egbema Local Government Area of Imo State.

His highlander jeep and properties were not spared as the attackers supervised the razing.

The incident which happened Thursday night came just 24 hours after youths and soldiers clashed in the community. 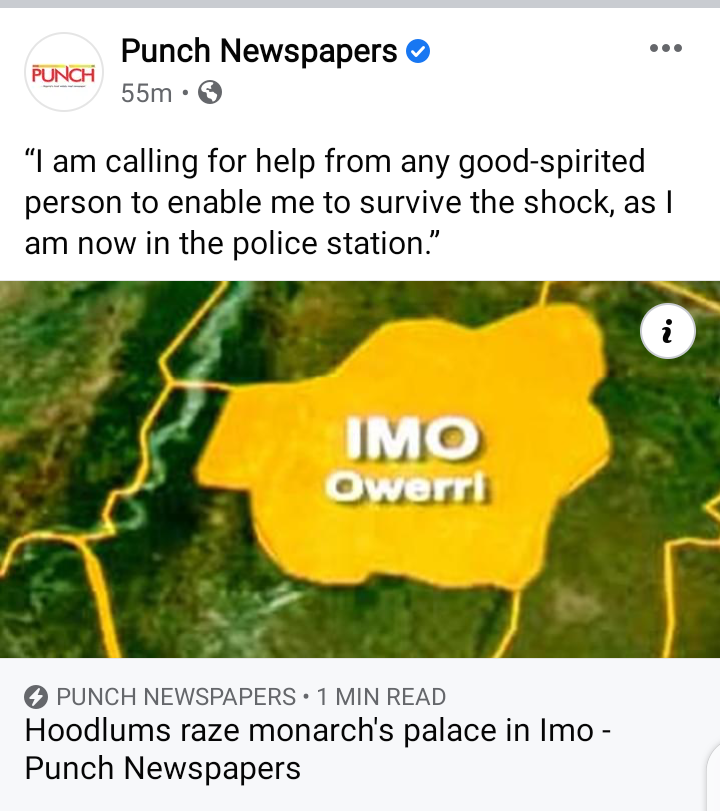 The clash led to the killing of a soldier and in a reprisal attack, the enraged military men burnt some houses in the agrarian community.

On Thursday night, the attackers stormed the king’s palace with explosives and when they could not find the monarch or any member of his family, they set his house and properties which included his official vehicle on fire.

Stakeholders from the North Central geopolitical zone has called for a review of the current revenue sharing formula in the country, stating that it was no longer realistic to maintain the model.

Kogi State Governor, Yahaya Bello, who declared the meeting open, canvassed a revenue mode of 39 per cent, 35 per cent and 26 per cent among federal, state and local governments, as against the current 52.68, 26.72 and 20.60 per cents to encourage national development. 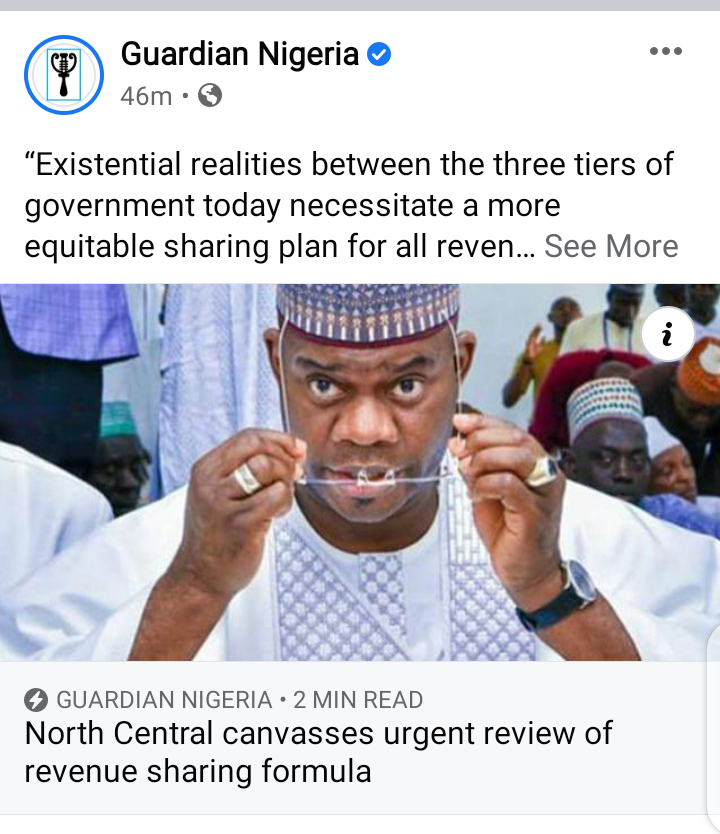 He made the advocacy yesterday at a one-day zonal public hearing organised by the Revenue Mobilsation, Allocation and Fiscal Commission (RMAFC) at Government House, Lokoja.

Represented by his deputy, Chief Edward Onoja, the governor said the main objective of revenue allocation was to promote national unity and accelerated economic growth of all tiers of government, contending that the formula currently in place had failed to achieve the nation’s developmental aspirations.

President Muhammadu Buhari has reassured that his administration will not rest until the current security challenges in the country are addressed.

Buhari, represented by the Minister of Science and Technology, Dr Ogbonayan Onu, said this at the public presentation of a book- “Standing Strong”, written by former Senate President, Ken Nnamani in Abuja. 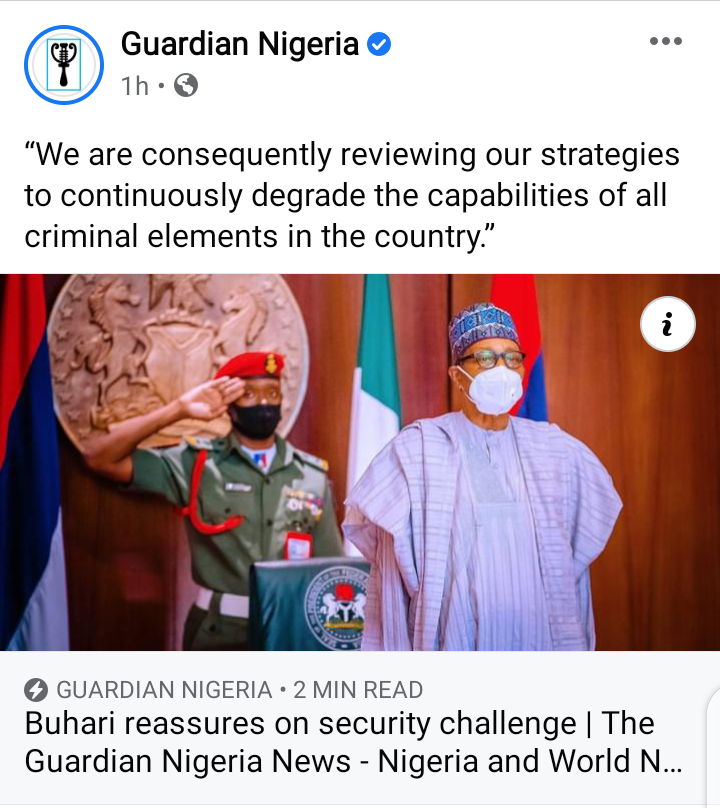 “We are consequently reviewing our strategies to continuously degrade the capabilities of all criminal elements in the country,” he said.

He said that the government was creating strategic cooperation between the military and para military formations to work together to fight crimes and criminal activities in the country.