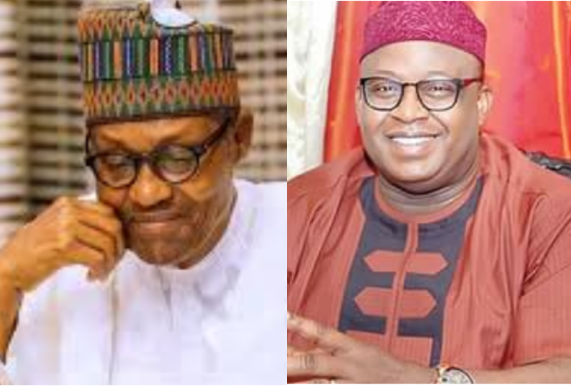 Nigeria’s Minister of Finance, Budget and National Planning, Mrs Zainab Ahmed, says the the Federal Government has generated N3.93 trillion, being 73 per cent of its targeted N7.9 trillion revenue for 2021. 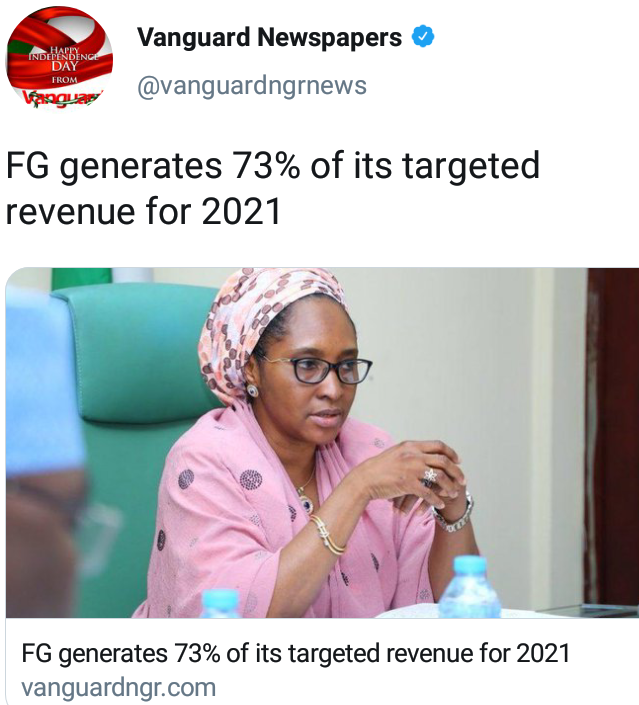 She made the disclosure on Friday in Abuja, at the Public Presentation and Breakdown of the Federal Government 2022 Appropriation Bill.

The President Muhammadu Buhari presented the N16.39 trillion 2022 Appropriation Bill to a joint session of the National Assembly on Thursday in Abuja.

The National Working Committee, NWC, of the Peoples Democratic Party, PDP, has declared the purported suspension of its national Vice Chairman ( South-South),Chief Dan Orbih by the Edo state chapter of the party, null and void. 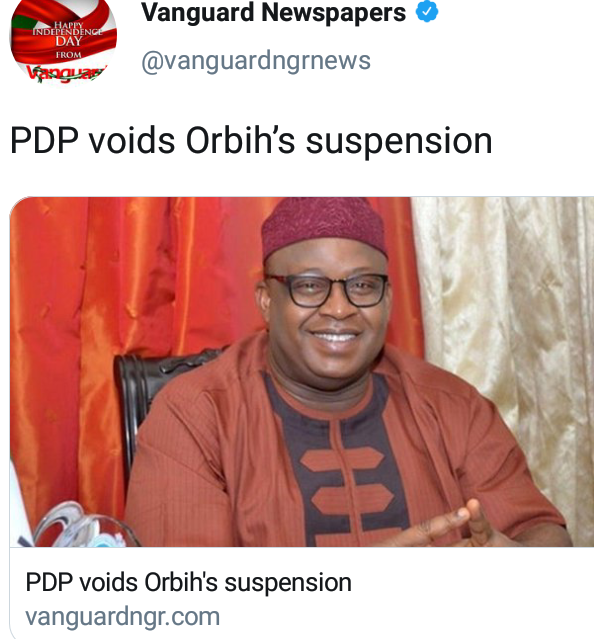 The NWC in a statement by the party’s spokesman, Kola Ologbondiyan said though the issues raised by the state chapter have been noted, it however charged the chapter to be guided by “the provisions of the constitution of our great party, with regard to imposition of sanctions on party officers at any level stressing that the rules are clear and must be adhered to.”

The statement read: “The purported suspension of the National Vice Chairman, South-South, Chief Dan Orbih, a member of the National Executive Committee, NEC, of our party, by the Edo North Senatorial leadership of the party, is statutorily beyond its powers, and to that effect a nullity.

Sierra Leone president on Friday signed a bill abolishing the death penalty, declaring the West African country had “exorcised horrors of a cruel past” after a long campaign to end capital punishment. 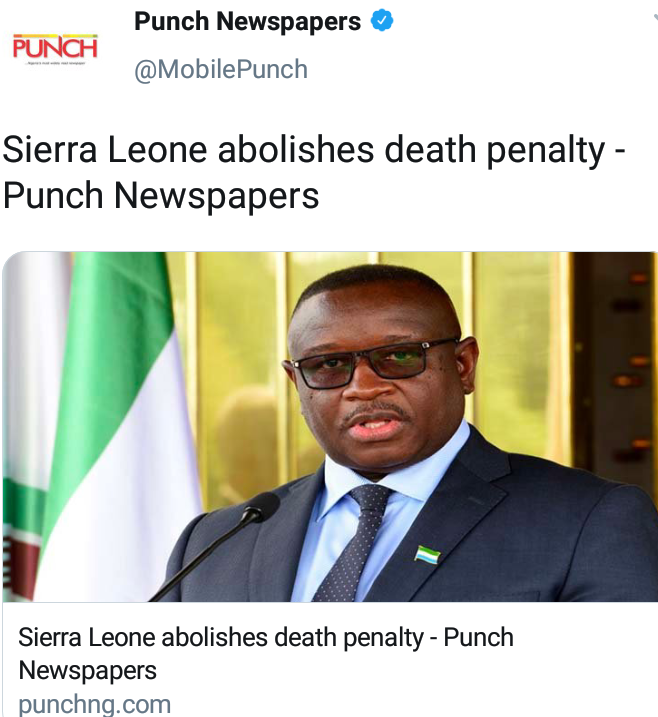 President Julius Maada Bio signed the abolition bill during a ceremony in the capital Freetown after lawmakers approved the text in July.

In a statement, the president denounced capital punishment “inhumane.”

“We today affirm our belief in the sanctity of life,” he said.

Sierra Leone, which is still recovering after decades of civil war, had frequently come under fire from rights groups for keeping capital punishment on the books. 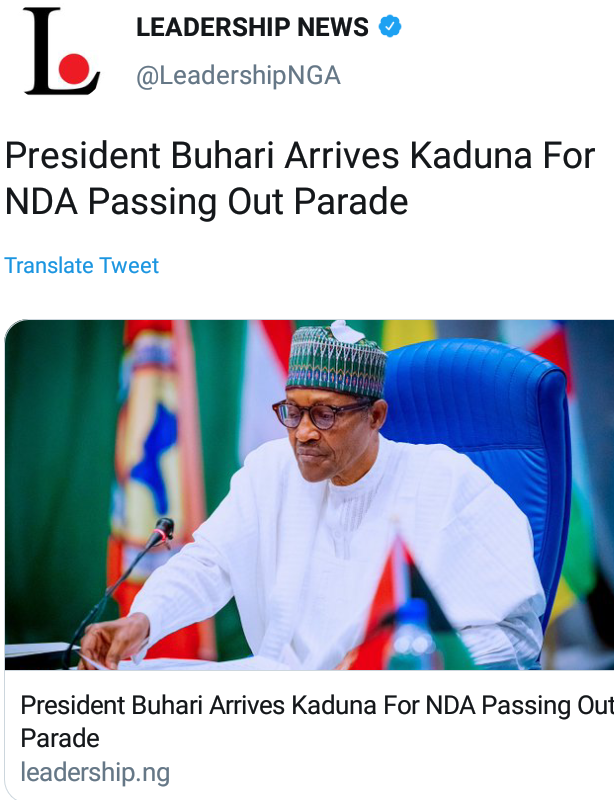 The President’s aircraft touched down at the Nigerian Airforce Base, Kaduna, at exactly 4:40pm.

He was received by Governor Nasir El-Rufai along side Service Chiefs led by the Chief of Defence Staff, General Lucky Irabor as well as the Chief of Army Staff, Lt. General Farouk Yahaya; Chief of Air Staff, Air Marshall Isiaka Amao, and the Chief of Naval Staff, Vice Admiral Awwal Gambo.