For long, electricity overbilling issue in Nigeria has become a problem to many Nigerians. 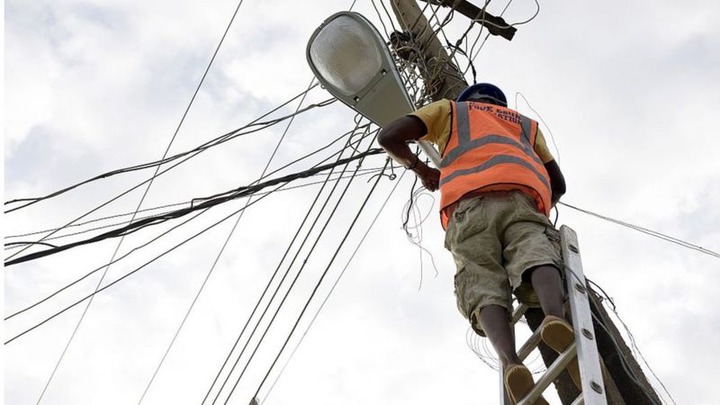 Many have complained of how Electricity Distribution Companies are over charging them for "light they didn't use".

This complaints led to protests by electricity consumers in Rivers State on Wednesday as they matched down to the office of Port Harcourt Electricity Distribution Company, PHEDC asking them to pack out of the state, sake of estimated billing and over billing.

But how can someone having this same issue resolve it according to what the Nigerian Electricity Regulatory Commission advised?

Head of Corporate affairs NERC Michael Faloseyi explained to BBC Nigeria that they have customer complaints, standards and procedures that people issued which electricity companies are supposed to follow and that has been on ground since 2006 and gave about six conditions and ways that customers could lodge their complains.

"If they can't solve the complain on that level, we have the forum office."

Section 4 of the Customer complaints and external regulation states that, there are five members of the public that will look into the complaints.

This people includes Manufacturers Association of Nigeria (MAN), NACCIMA, people to represent the customer maybe one NGO or Customer advocacy group; five persons who didn't come from the Commission. This group of five are all over the country with one staff from the Commission that will serve as secretary to take minutes of the meeting.

"If they can't solve the complain then you can write petition to the NERC and we've had cases that the Commission interfered to make sure the customer are satisfied." he said.

What is the rights of electricity consumers?

According to the Electric Power Sector Reform Act 2005, the Nigerian Electricity Regulatory Commission NERC have the power to manage and ensure good electricity supply so Nigerians will have a stable and adequate electricity supply.

For quality service delivery, NERC have listed some rights that customers have and it says:

1: All new electricity connection must be on metering before connection. So no new customer are supposed to be connected by the Distribution Company (DisCo) without installing meter first at the premises.

4: Customers has the right to get refund when they overbill them. Customers have right to file complaints and to quick investigations of complaints they can send all complaints on electricity supply and other billing issues to the nearest business units of the DisCo that serves the customers.

6: Any un-metered customer that dispute their estimated bill has the right not to pay the disputed bill but to pay only the last bill they didn't dispute as the bill they contest will go through dispute resolution process of NERC

7: It is not the responsibility of the electricity customer or community to replace or repair electricity transformers, poles and other raged equipment they used in the supply of electricity.

Now that you know your right as an electricity consumers why not stop overcharging on electricity bills today by making complaints to the advised and correct organizations.

Check Out These Lovely Make-Up Ideas For You Today

36 Outstanding Agbada Styles To Rock On Your Special Occassions

Dr. D. K. Olukoya Was Disappointed at What This Pastor Did in a Deliverance Session (Video)