Fiscal federalism, according to Ecoma and Ecoma (2018), is concerned with the distribution of resources and tax-raising abilities among federating entities in order for them to meet their constitutional commitments. 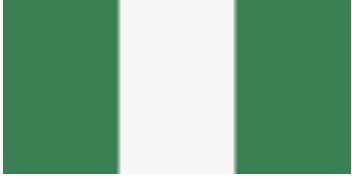 To put it in my own way, it's the fiscal interactions and transactions between the three levels of government.

The necessity for fiscal federalism in Nigeria, according can be summarized as follows:

2) It also gives room for regional variation in the provision of public goods and services.

3) Fiscal federalism ensures efficient administration of a large country in terms of size and population.

4) It guarantees efficient redistribution of income in order to achieve balanced growth and development.

5) Among states and local governments. Fiscal federalism promotes economic growth through policy measures that assist backward states and all.

6) Developmental roadblocks. The provision of goods and services that benefit the entire country ensures efficient resource use and large-scale production economies.

7) In Nigeria, the necessity for fiscal federalism stems from the necessity to minimize the federal government's surplus load in the provision of social amenities. To ensure that sub-national expenditure obligations and financial resources are in sync, allowing sub-national governments to carry out their activities successfully and efficiently.

8) To increase the autonomy of sub-national governments by incorporating incentives for them to mobilize revenues of their country.

All of the constitutions of the Federal Republic of Nigeria, assigned functions to each level of government. The federal and regional governments' tasks were divided into two categories by the Federal Constitution of 1963.

That is, the federal and concurrent legislative list is exclusive. The local government was recognized implicitly as part of the regional governments in the 1963 constitution. The federal constitutions of 1979, 1989, and 1999 defined the roles of each level of government. These functions are as follows:

(ii) Concurrent legislative list: This includes actions that must be taken by both the federal and state/regional governments. Census, higher education, industrial development, jails, National Parks and Antiquities, and so forth are examples of these.

The fourth schedule of 1979, 1989, and 1999 lists the functions and tasks of local government. The provision of public goods, cemeteries, garbage disposal, public convenience, naming of roads, streets, and house numbers, licensing, regulation, and control of the sale of liquor, rate collection, radio and television license and so on are the key functions of local government.

However, under the military administration, the functions of each tier of government are not clearly defined. The function of each level of government depends on the Head of State and Commander-in-chief of the Armed forces.

Because Nigeria is multi-ethnic, multi-racial, multi-lingual, and has a high level of religious sentiments, the paper was able to summarize fiscal federalism and Nigeria's experience with the awareness that fiscal federalism has caused a lot of disputes and controversies.

The core thesis of this write-up is that true fiscal federalism can be achieved when income and spending decentralizations are based on equality, justice, and fairness, particularly with reference to the derivation principle.

Arising from the challenges of fiscal federalism, the following are the alternatives for remediation:

i. True fiscal federalism where revenue powers will be share equitably among the federating units or tiers of governments. This will make the subnational government to be vibrant.

iii. True fiscal federalism should be practiced in order to protect Nigeria with a lot of diversities from tyranny and dispersing powers.

iv. There should be amendment and reformation of our various tax laws in order to give more tax to other tiers of government and reduce the dependence on oil revenue.

v. There should be constitutional amendments to address the aspect of ownership of natural resources that is resident in the central government.

vi. There is need to ensure that the distribution of the revenue encourage each state and local and wholly depending on the fund coming from the federation account.