El-Rufai's committee recommends petrol price to be pegged at N408.5

By MediaOzai (self media writer) | 1 year ago 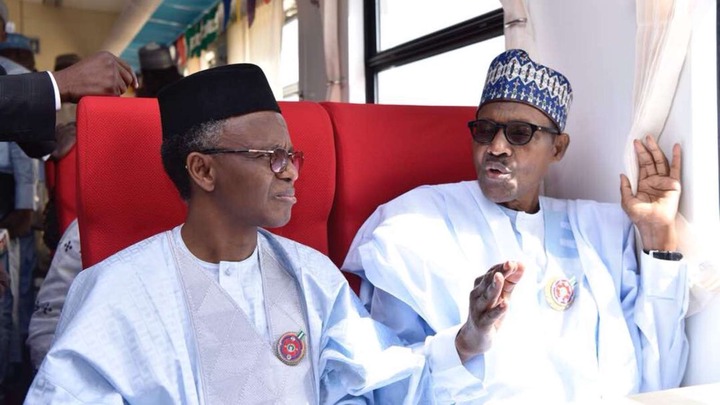 Nigerians may be faced with harsh times, if the recommendations of the Nigeria Governors Forum, is carried out by the Federal Government.

The Nigeria Governors Forum, following the recommendation of the Kaduna State govenror, Nasir El-Rufai, have called for an increase in the price of Premium Motor Spirit, known as petrol.

The govenrors are advocating for an increase in price from N162 per litre, to between N380 per litre and N408.5 per litre.

The govenrors made this call yesterday, at a meeting of the NGF.

Nasir el-Rufai, who headed a committee to that effect, made the recommendation for the price increase, while calling for the total removal of subsidy from petrol.

El-Rufai in his recommendation, stated that the current subsidy, was unfavourable to the country's economy, stating that smugglers and illegal markets in neighbouring African countries were beneficiaries of the subsidiary while the country suffered.

El-Rufai's committee, insisted that the removal of subsidiary, was the only way to save the country's economy.

El-Rufai stated that Nigeria, which was a member of the Organisation of the Petroleum Exporting Countries OPEC, had agreed along with other members, to a reduce the volume of production in order to keep oil prices high.

El-Rufai however pointed out, that Nigeria was not benefitting from that arrangement, because of subsidies in petroleum products.

El-Rufai stated that the country spent between N70 billion and N210 billion on payment of subsidiary every month, to keep petrol price at N162 per litre.

El-Rufai pointed out that it was below the cost price, insisting that the country could barely make up to N50billion monthly. He stated that at present, the country operated at zero.

El-Rufai recalled that the N162 peg on petrol, was because of the agreement the Federal Government and trade unions had some months ago.

He pointed out that the Federal Government agreed to the arrangement, to avoid industrial actions across the country.

El-Rufai pointed out that the Nigerian National Petroleum Corporation NNPC, had been committed to bringing in a minimum of N120 billion monthly, to the Federation coffers, but in recent times, the cooperation had been unable to do so.

Kaduna in recent times, have been embroiled in industrial actions, with El-Rufai refusing to shift grounds.