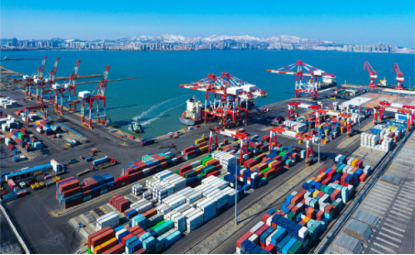 Recently, a cargo train loaded with 104 TEUs of 240 commercial vehicles departed Zhengzhou, central China's Henan province, and were later loaded onto a container ship at Qingdao Port, east China's Shandong province before being exported to Iran.

Despite the negative impacts from COVID-19 on global shipping industry, ports in Shandong province are offering efficient whole-chain logistics services reaching every corner of the world, contributing to the building of a new development paradigm.

Ports are fundamental and pivotal facilities, as well as important pillars for economic development. Chinese President Xi Jinping once stressed the strategic importance of the ocean in China's pursuit of high-quality development, urging progress in the construction of world-class sea ports, a modern maritime industry system, and a green and sustainable marine ecological environment to push for the building of maritime power.

The Shandong Port Group Co., Ltd. established two years ago is now serving as a playmaker of the logistics industry. Regarding maritime transport, it has opened new sea routes, expanded shipping capacity, and reinforced transfer capability; in terms of land transport, it has launched train services, built land ports and exploited cargo resources. With 19 land ports and 72 combined sea-rail routes, the group has established a broad channel of international logistics, which has forcefully protected the smooth operation of the industrial and supply chains. 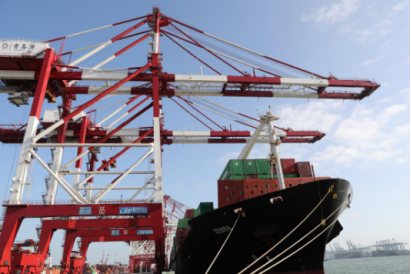 Thriving ports lead to prospering trade. Currently, the Shandong Port Group Co., Ltd. is accelerating the development of emerging businesses, such as shipping finance, to expand its pivotal role. It has also launched multiple cold-chain express routes to Southeast Asia and reinforced its handling capability of basic commodities. At present, high-end cold-chain logistics, cross border trade, and bulk commodity distribution centers are under construction, while freight trains are running busily between the province and Europe, bringing products from thousands of miles away to more and more Chinese families.

Cities and industries are interdependent. Establishing interaction between port construction and urban development, Shandong Port Group Co., Ltd. is magnifying its influence with port-industry-city integration. It has joined hands with 16 cities in Shandong province to develop featured logistics park and chain-style industrial parks. By placing headquarters of ports in downtown areas, it is investing in port-centered projects to promote local economy. Besides, Shandong Port Group Co., Ltd. is also advancing overseas port projects such as the Port of Vado in Italy.

By tackling a series of technical problems and building a whole set of technical standards, a technical team from Qingdao Port under the management of Shandong Port Group Co., Ltd. has independently built a fully automated terminal, becoming a successful case of industrial internet application in port scenarios. 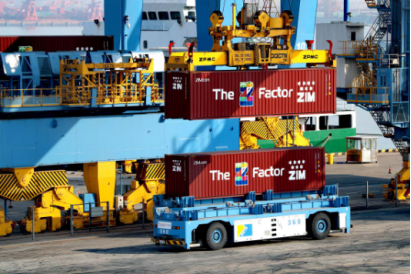 Reactions as President Buhari Travels to London on Medical and Educational Trip.

3 types of food office workers can take as lunch

COVID-19: How To Minimize The Cost Of Students' Eviction

Check Out These Beautiful Turban Caps To Rock For Your Events

Want To Make Your Client Happy Next Month? Hairdressers, Check Out Some Latest Hairstyles For Ladies