Today's Headlines: My govt has set aside loan for farmers- Buhari, Gunmen kidnap two in umuahia

By Bainwrites18 (self media writer) | 2 days ago 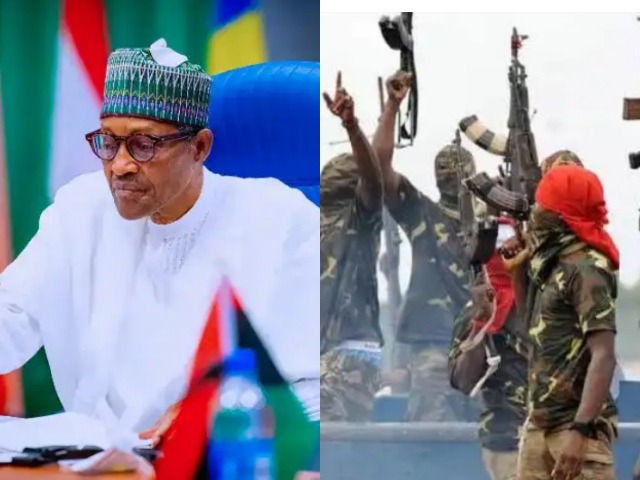 My govt has set aside loan for farmers- Buhari 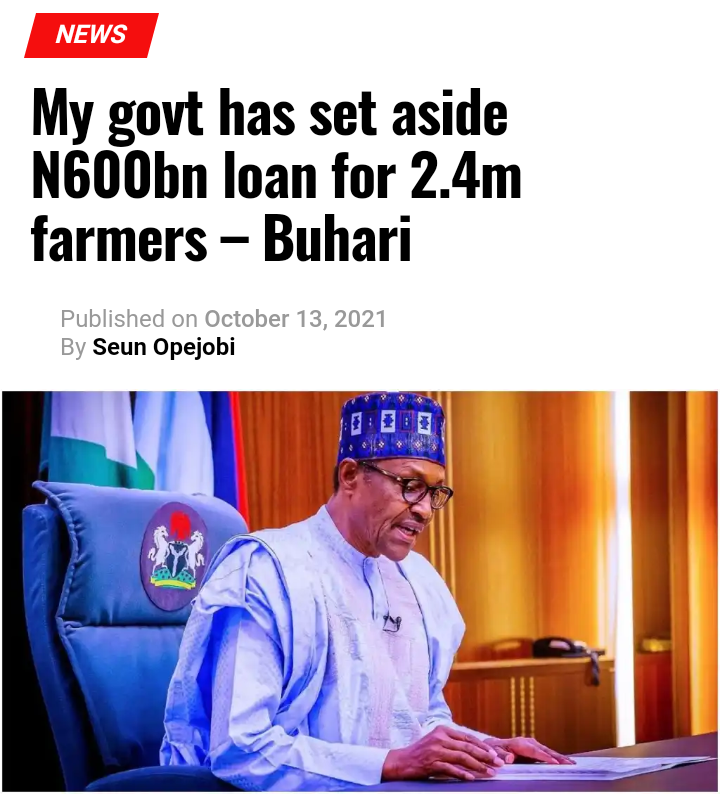 President Muhammadu Buhari on Wednesday said his administration has set aside N600 billion loan to support 2.4 million farmers across the country.

He disclosed this at the opening of the National Agricultural Show/Exhibition of the 2021 World Food Day, on Wednesday, in Abuja, NAN reports.

Represented by the Minister of Agriculture and Rural Development, Dr Mohammed Abubakar, the president said his government was determined to address the challenges of Nigeria’s Agricultural sector.

”The Federal Government, through the Agro-Processing Productivity Enhancement and Livelihood Improvement Support project (APPEALS), has set aside N600 billion as loan support to farmers across the country.

”No fewer than 2.4 million farmers are expected to benefit from the loan which has zero interest.

”The gesture will support farmers in the country, to improve their productivity aimed at boosting the country’s food security, improving farmers’ production and increasing exports. 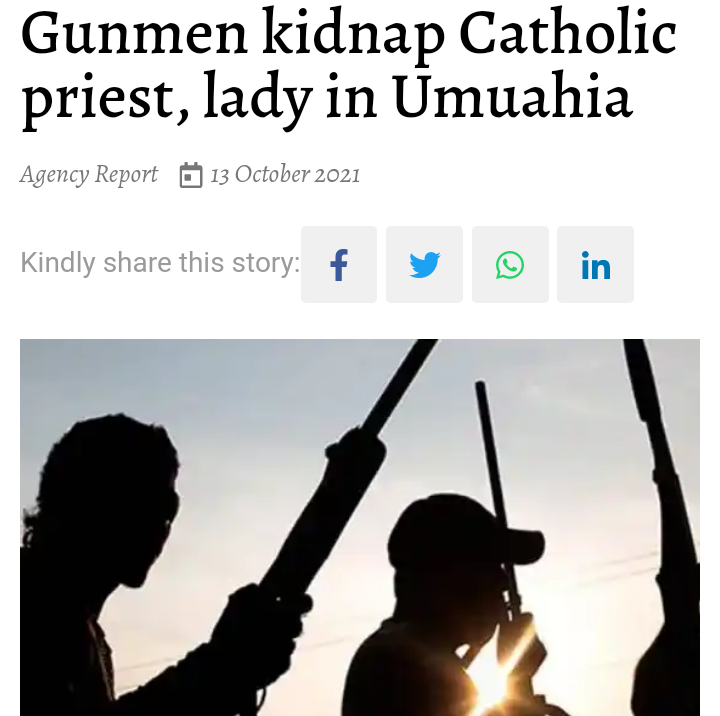 Gunmen wreaked havoc in Umuahia on Wednesday with the kidnap of two persons, a Catholic Priest, Rev. Fr. Godfrey Chimezie, of St. Theresa Parish, Umuahia, and a lady.

The News Agency of Nigeria reports that the victims were abducted in separate incidents in the early hours of the day.

NAN learnt that while the priest was abducted on the Enyiukwu Road in Ohokobe Afaraukwu, near the church, the lady was abducted at a petrol station on Aba Road, near Madonna Catholic Hospital, Umuahia.

Eyewitness account said the priest was returning to his parish after attending morning Mass at St. Gabriel Catholic Church, Okpururie Afaraukwu, when the bandits swooped on him.

“The kidnappers forced him out of his Toyota Corolla car and bundled him into their SUV jeep and escaped,” a resident of the area said on the condition of anonymity. 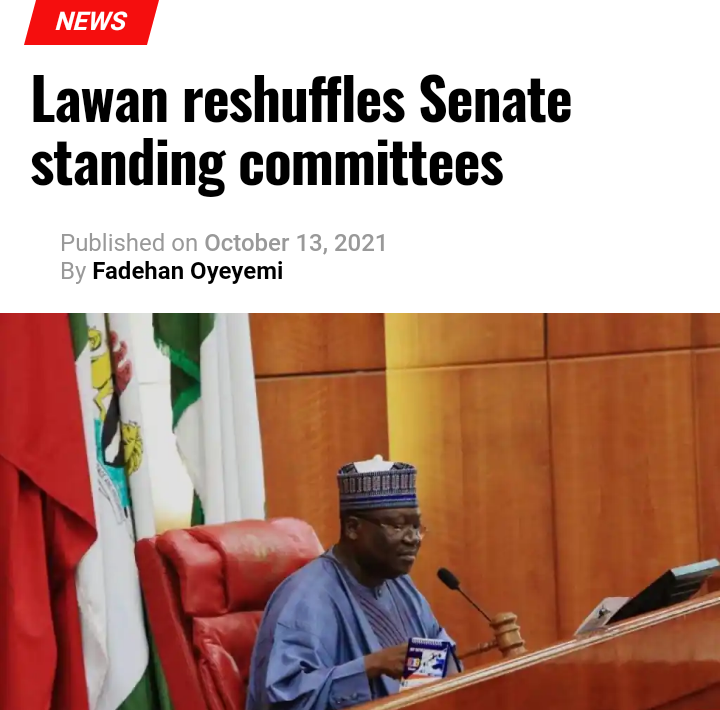 The Senate President, Dr. Ahmad Lawan on Wednesday reconstituted the leadership and membership of some standing committees of the Red Chamber.

Lawan made the announcement moments before the upper chamber adjourned plenary. The Senate on Wednesday adjourned plenary till November 9, 2021.

This is to enable its Committees begin budget defense sessions with Ministries, Departments and Agencies, MDAs.

The upper chamber suspended sitting after concluding debate on the 2022 Appropriation Bill.

This was contained in a statement by Ezrel Tabiowo, spokesman to the Senate President, Ahmed Lawan.

Lawan tasked committees to thoroughly scrutinise budget estimates in the 2022 Appropriation Bill before the National Assembly.

He said, “The Senate has hereby suspended plenary in order to consider the budget.

“There will be budget defense from Monday until November 9, when we resume plenary.