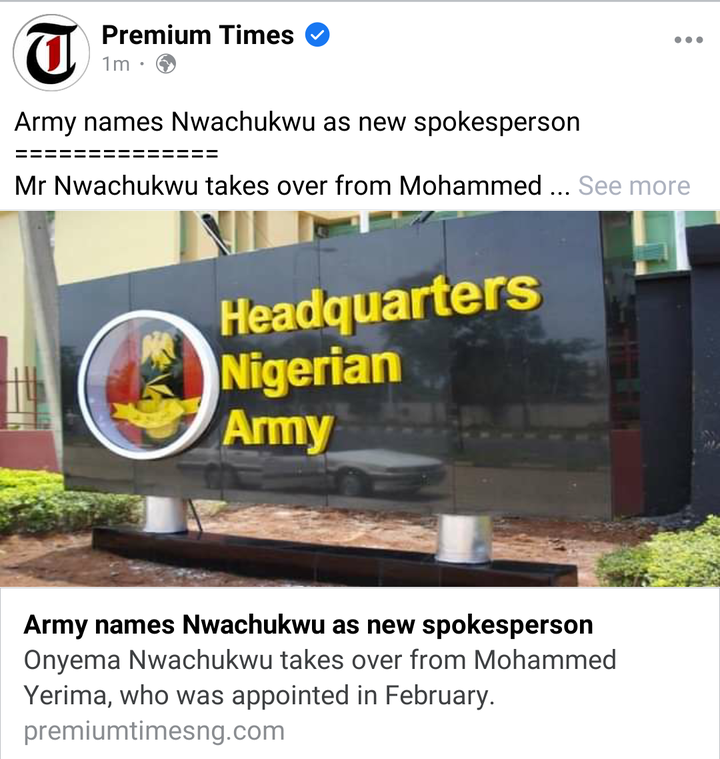 Nigerian army has named Onyema Nwachukwu, a brigadier general, as its new spokesman.

He takes over from Muhammed Yerima, also a brigadier general, who was appointed in February by the late Chief of Army Staff, Ibrahim Attahiru.

Before his appointment, Mr Nwachukwu was the acting director of defence information at the defence headquarters.

He was the deputy director of the operation Lafia Dole Theater Command in Maiduguri. 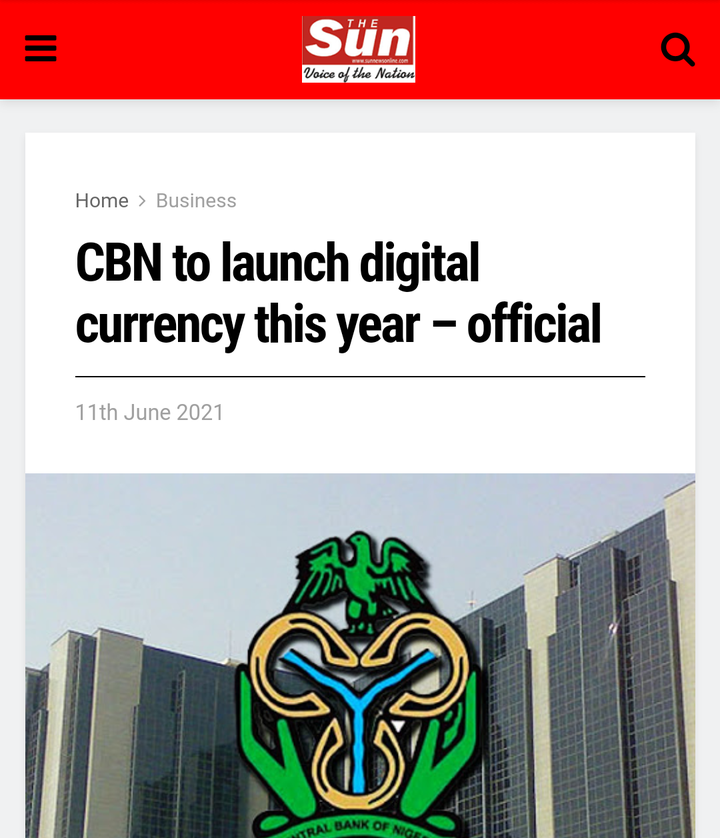 The Central Bank of Nigeria on Thursday, revealed that its digital currency might be launched by the end of this year.

Mrs Rakiya Muhammed, CBN information technology officer made the disclosure at an online news briefing at the end of Bankers Committee Meeting organised in Lagos state.

She said the apex bank has for over two been exploring the technology market and has made significant progress. 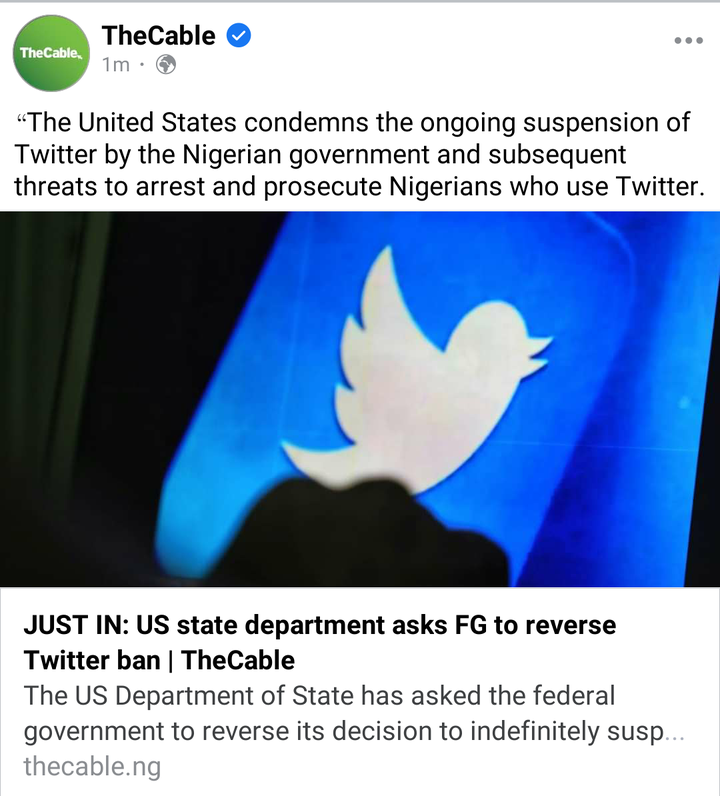 The US department of state has asked the federal government of Nigeria to reverse its decision to indefinitely suspend Twitter in Nigeria.

The US department of state said that while it supports the country's quest for unity and peace, the country must also respect the right to free speech.

The federal government had banned the micro blogging site in Nigeria, citing the persistent use of the platform for activities that are capable of undermining the country's cooperate existence. 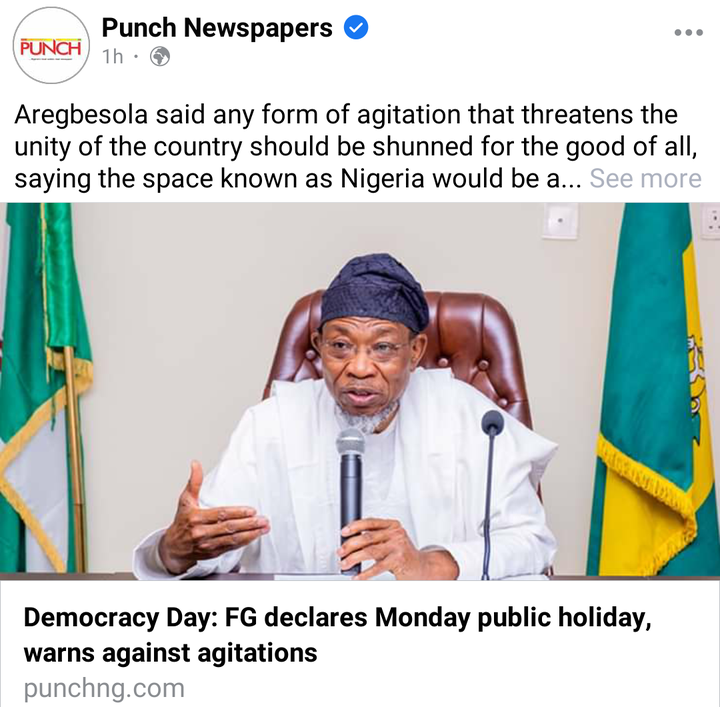 The federal government of Nigeria has declared Monday June 14 as public holiday to mark this year's democracy day.

This is as the federal government also warned against agitations capable of undermining the peace and unity of the country.

The minister of interior and former governor of Osun state, Rauf Aregbesola, was quoted to have disclosed this in a statement by the ministry's permanent secretary, Shuaib Belgore.

The minister urged Nigerians to embrace the spirit of togetherness for peace to thrive in the country. 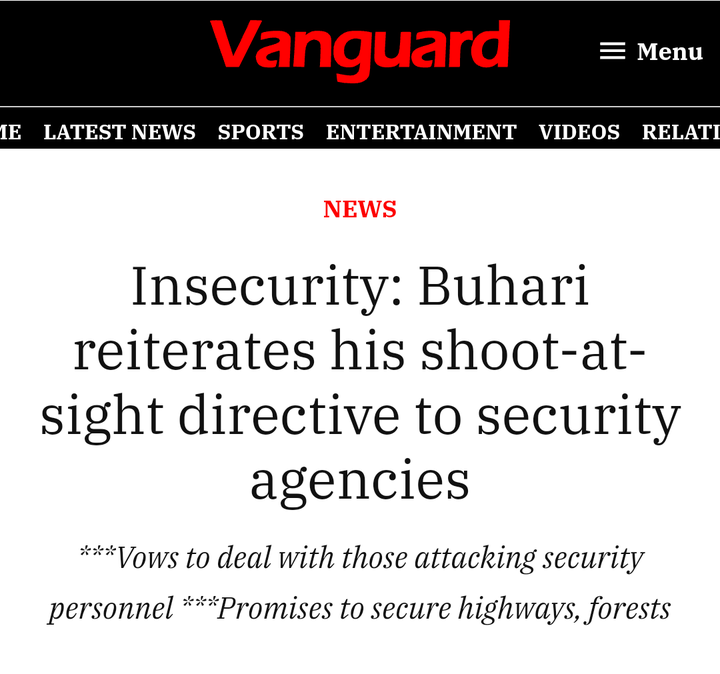 President Muhammadu Buhari on Thursday reiterated the shoot-at-sight order he gave to security forces on any person found illegally holding Ak-47 or any other assorted weapons.

The President also vowed that his administration will act firmly and decisively against any person fomenting or carrying out attacks on police personnel and other security operatives.

This is as he promised to secure the Nigerian highways and forests from bandits and other criminal elements. 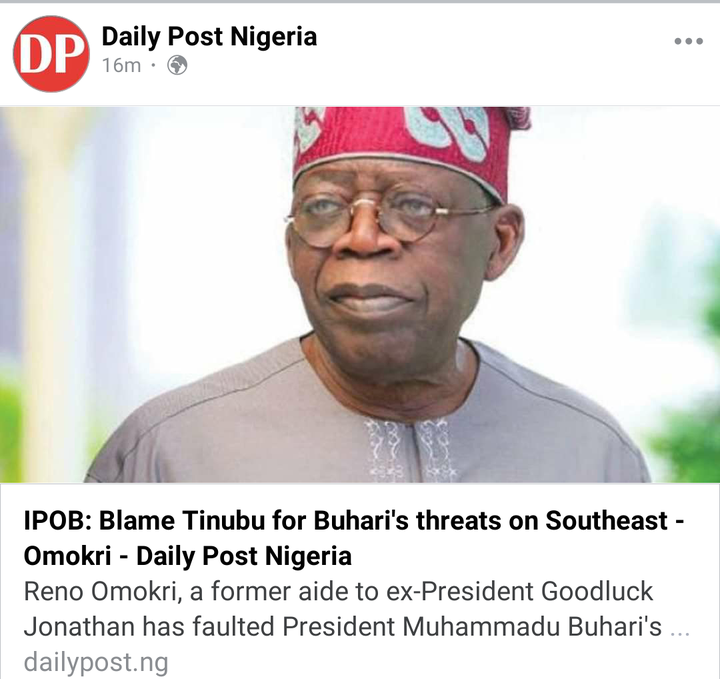 He said Nigerians should blame APC national leader, Bola Tinubu, for Buhari's threats against the southeast.

The President had vowed to treat the Indigenous People of Biafra, IPOB, in ways they would understand.

Buhari, in an interview with Arise TV, vowed to mobilise the military and police against the proscribed group. He described IPOB as a dot in the circle with nowhere to go.

However, Omokri berated the President for issuing such a threat. 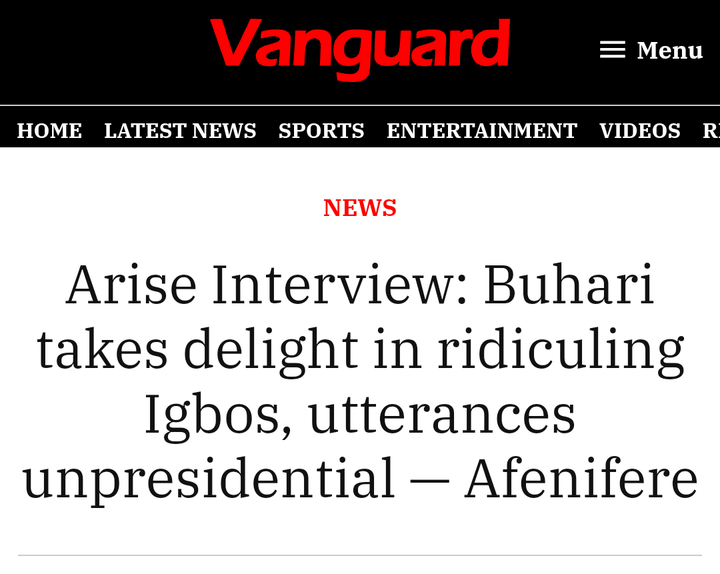 The group's secretary general, Chief Sola Ebiseni in a statement issued in Akure in reaction to the President's interview with Arise TV as regards IPOB, Afenifere said that "the President takes delight in ridiculing the Ndigbo which he used IPOB to represent.

"Thus, to him, the Igbo and their territory is just a dot in a circle of the map of Nigeria, which even if they secede could exit to nowhere since the elders and youths of the South South had assured him of not being part of the secessionist agenda.

"He couldn't have been reacting to the IPOB but the Igbo who he said had businesses everywhere", the group said.

Opinion: Why Did The Police Describe The Armed Criminals They Arrested In Imo State As Bandits?