Between Donald Trump And Barack Obama, Which US President Helped Nigerian Economy More?

By Daily-Trends (self media writer) | 1 year ago

Between Trump And Obama, Which US President Helped Nigerian Economy More? 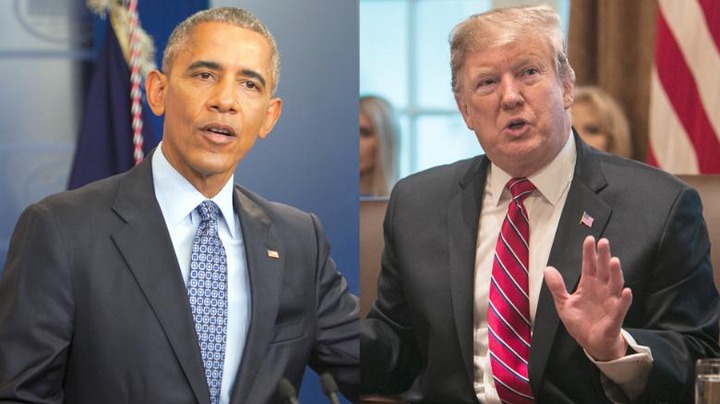 This is not a comparison to criticize or defame any of the United States’ Presidents, it a call for reflection and how they helped Nigerians. Who helped Nigerians more and under which of the governance did Nigeria experience more economic growth and stability?

Nigeria is a country whose economic growth directly or indirectly depends on the currency and economic growth of other countries, such as and most especially the United States of America and maybe little of China. It is therefore worthy to check or ask which of the presidents, past and present of the US helped us grow or fall.

Before now, and before the administration of General Mohammadu Buhari retired, the former president, Dr. Goodluck Ebele Jonathan has a promising economic statistic growth, the economy under Goodluck experienced a boom, the president of the United States of America then was, Barack Obama. Nigeria was recorded number two among the top rising economies of the world then. Now, after the regime of Dr. Goodluck Ebele Jonathan, the present regime of General Mohammadu Buhari retired, has had a lot of setbacks, although it has according to records gained more in the fight against corruption, but the economic has been recorded as one of the worse, poverty ratio overtaking that of India. The president of the United States of America in this regime is Donald Trump.

I don’t know if you are getting my point already, is it that the policies of Barack Obama helped the economy of Nigeria during the Goodluck Jonathan led administration? Did Goodluck get a special treatment from the then president of the United States, Barack Obama that Mohammadu Buhari is not getting from Donald Trump? To me, this is one of the things that has influenced the administration of this government, the economic dwindling and the upsurge in poverty ratio. But this does not completely answer this question, which of the United States president, between Barack Obama and Donald Trump have helped Nigeria and her economy more, with their policies and extension of a helping hand?

Your answers should be specific what how or what they did that helped the economy of Nigeria.