A lot of investment companies and platforms have emerged with the hope of helping people get back their capital and a certain amount of profit when they invest and there is no doubt that this has turned out to be a 'scam' as most of these platforms and companies fold up or crash after hundreds and thousands of people have invested.

In the month of February, the mother of the molested Deeper Life High School Student, Deborah Okezie revealed that her son, Don Davis bagged an Ambassadorial deal with Resolution Technologies as the CEO of the investment company, Mr Faithful Samuel signed her son as a brand ambassador and also gave him a scholarship. 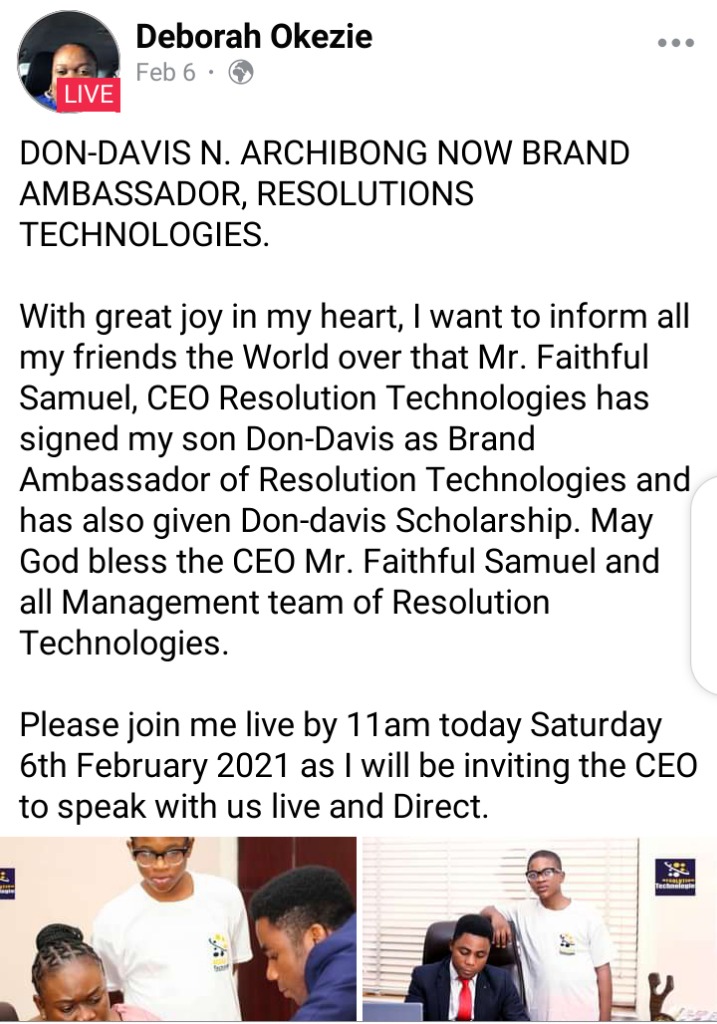 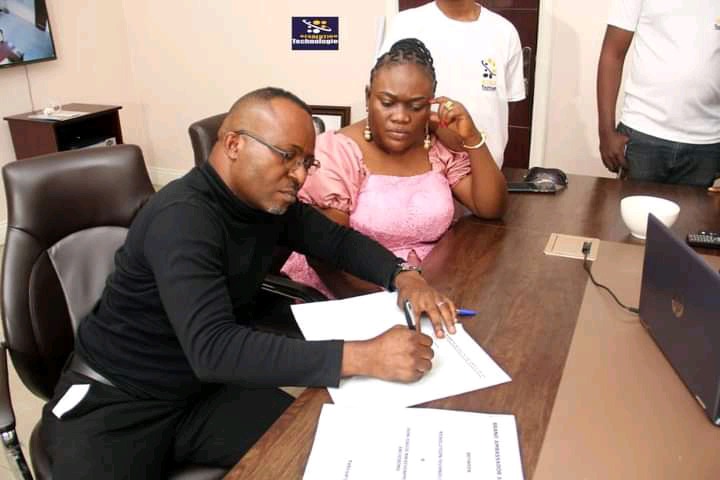 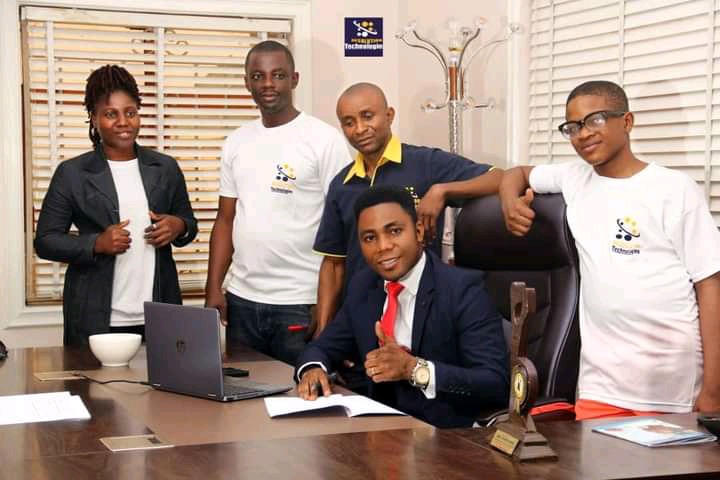 It was a thing of joy as most people thought that God has finally put a smile on Don Davis' face, not until her mother went live on her Facebook timeline this evening to call out the CEO of the company for allegedly using her 11-Year-Old son to scam Nigerians all in the name of investment.

Deborah Okezie said and I quote, 'Resolution Technologies is a scam' as she explained her reasons for saying that. She said it was because of her son's ambassadorial deal that made the company to be recognized and that the CEO used that as an advantage to defraud Nigerians of their money. 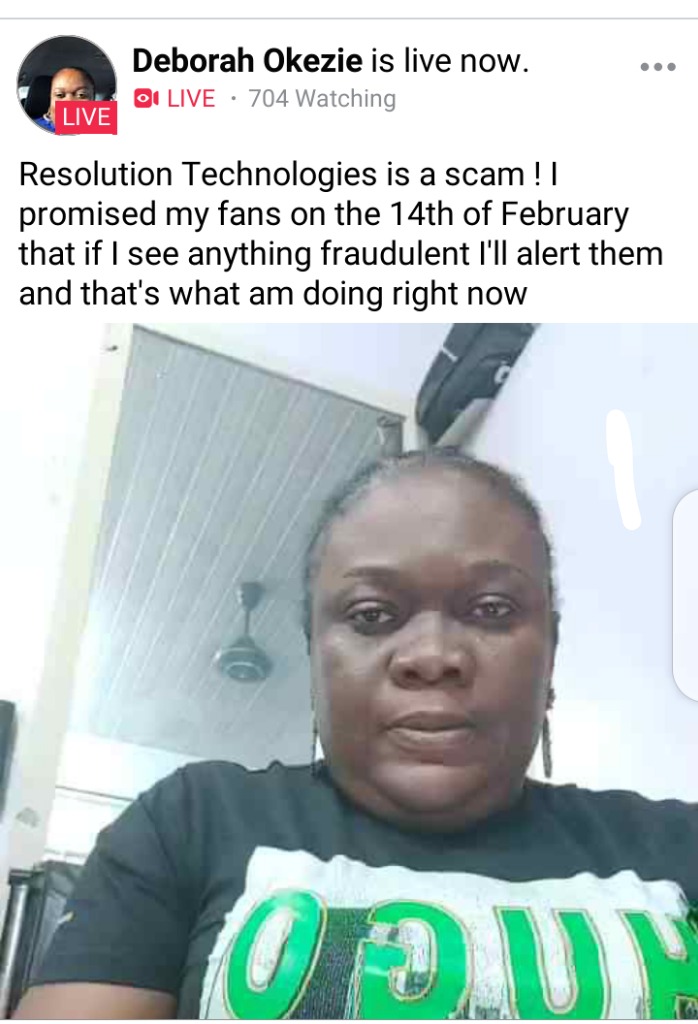 Speaking further, Deborah Okozie said a lot of people who invested through her have been complaining of not seeing their profit and capital and that the CEO has allegedly refused to give them update on recent development. She said she herself invested and that the CEO has been given her silly excuses up to the extent of even blocking the general public from commenting on their WhatsApp platform, which is now opened to only admins.

She added that a man put N1,000,000, got his profit and then invested N3,000,000 with the hope of getting good returns, only for him not to see his profit or capital and that when he called the CEO, he told him that he was in church and some other time that he was driving. 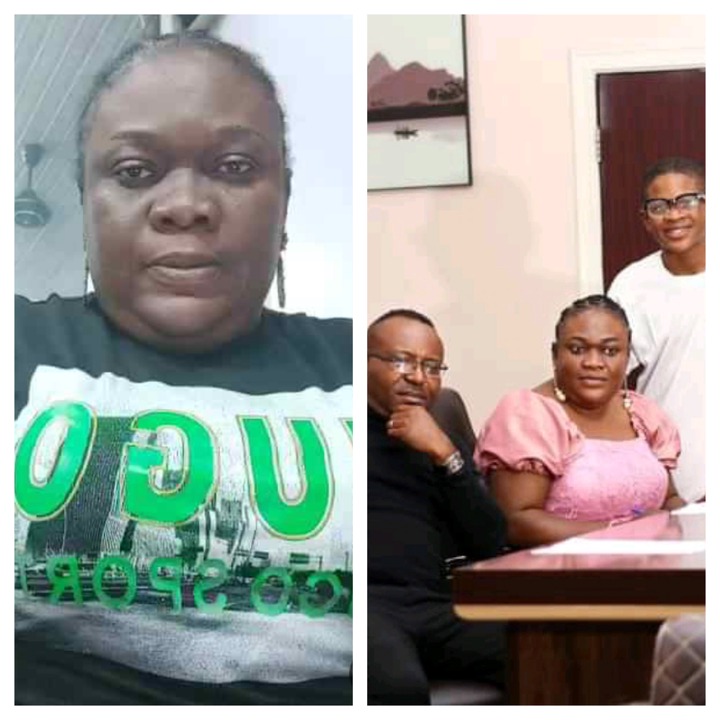 She is now calling him out to please refund the money to those who invested in a way to play transparency so that others won't think she is part of them. She said she regretted the day she accepted that her son should be an ambassador to the investment company and that she cannot watch others being scammed all because her son is involved.

Some Nigerians advised her to take Don Davis off social media, adding that he is too young for his name to be involved in all these. 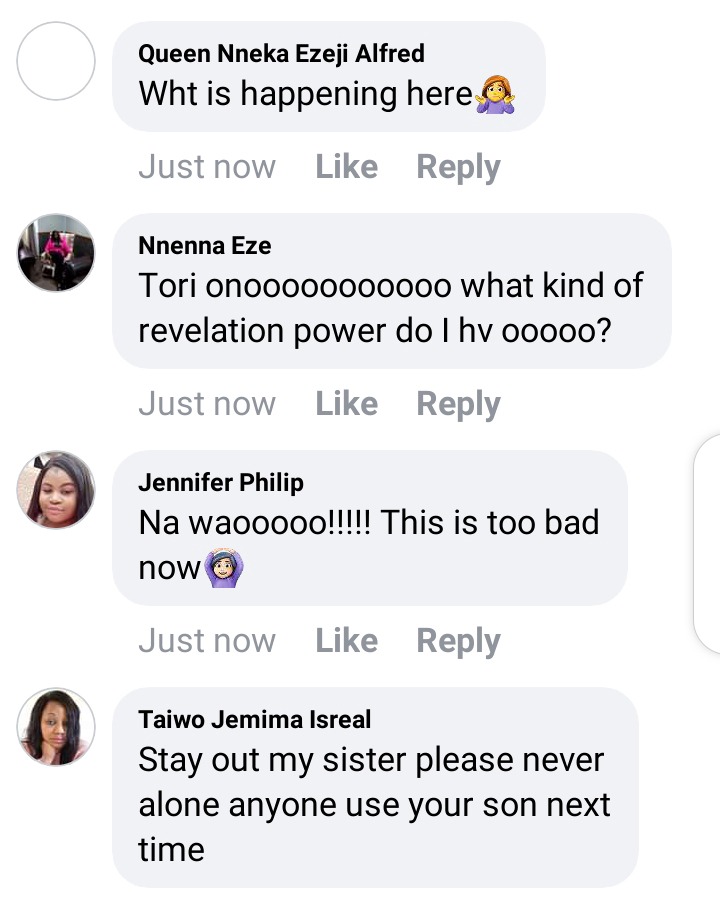 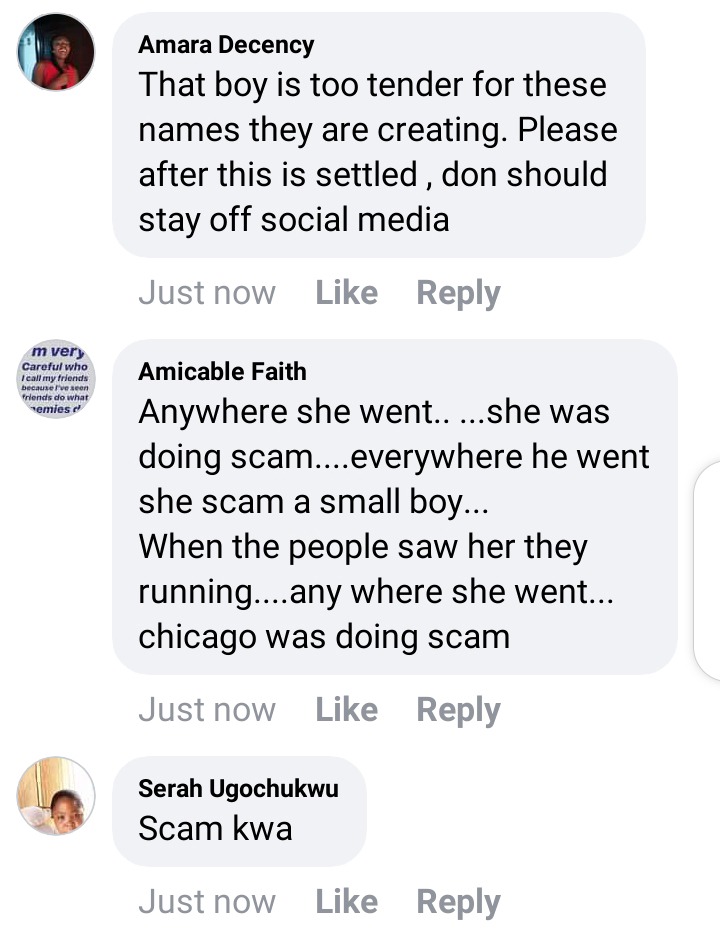 Please let us be careful with this so called investment because a lot of people have lost money to them.