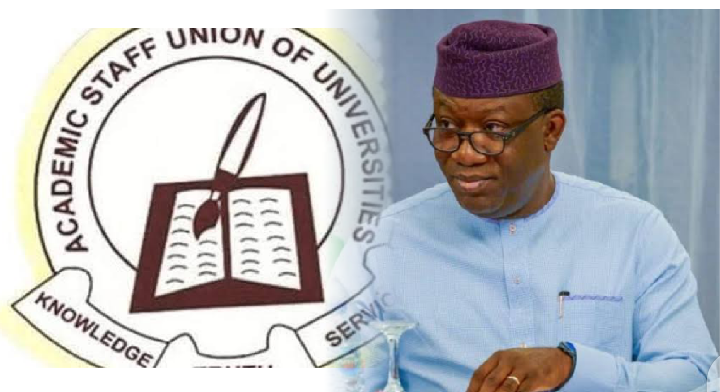 The Academic Staff Union of Universities has cautioned the Federal Government against non-payment of the N30bn revitalisation fund it promised universities.

The  President of ASUU, Prof Emmanuel Oshodeke, who stated this in an interview with one of our correspondents on Sunday, said government was in the habit of not fulfilling its promises. 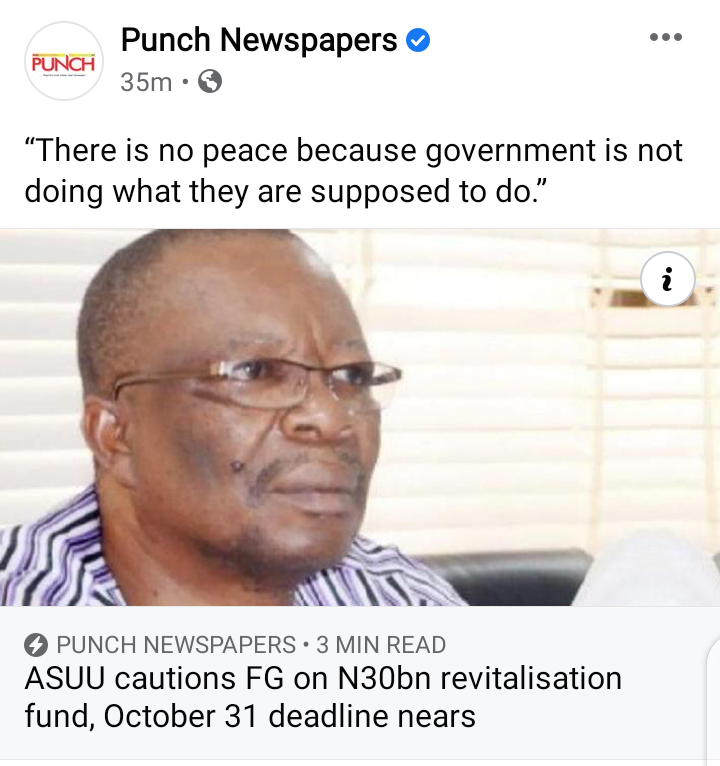 He said he hoped government would release the fund on or before the end of the month as it agreed with the union.

Oshodeke further said that the National Executive Committee of the union would meet early next month to assess the extent government had met its demands.

The Ebira Community in the South of Ekiti State, on Sunday appealed to the state Governor, Kayode Fayemi, to support a member of the All Progressives Congress from the Southern Senatorial District to succeed him in 2022.

One of the community leaders, Salaudeen Yunusa, who spoke on behalf of the community explained that the Ebira have been integrated into the southern district, having lived and worked there for years. 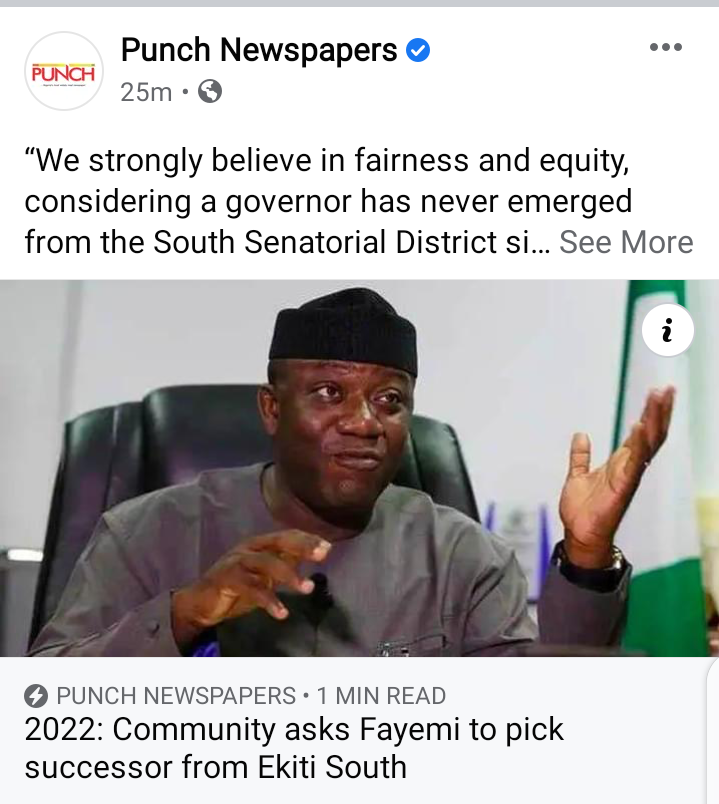 Yunusa spoke during a consultative meeting with the Special Assistant to the Governor on Ethnic Relations, Sulaiman Nasiru, in Ado Ekiti.

He said, “Having lived and worked in Ekiti State for over 50 years, we are now part of the stakeholders whose opinion on politics and the general state of affairs in Ekiti should not be ignored.

The Christian Association of Nigeria, CAN, has described the attack by bandits on Abuja-Kaduna rail track as a terrorists act, saying bandits should be labelled terrorists.

CAN’s position came as the Northern State Council of Ansar-ud-Deen Society of Nigeria, asked the Federal Government to expose sponsors of banditry in Nigeria. 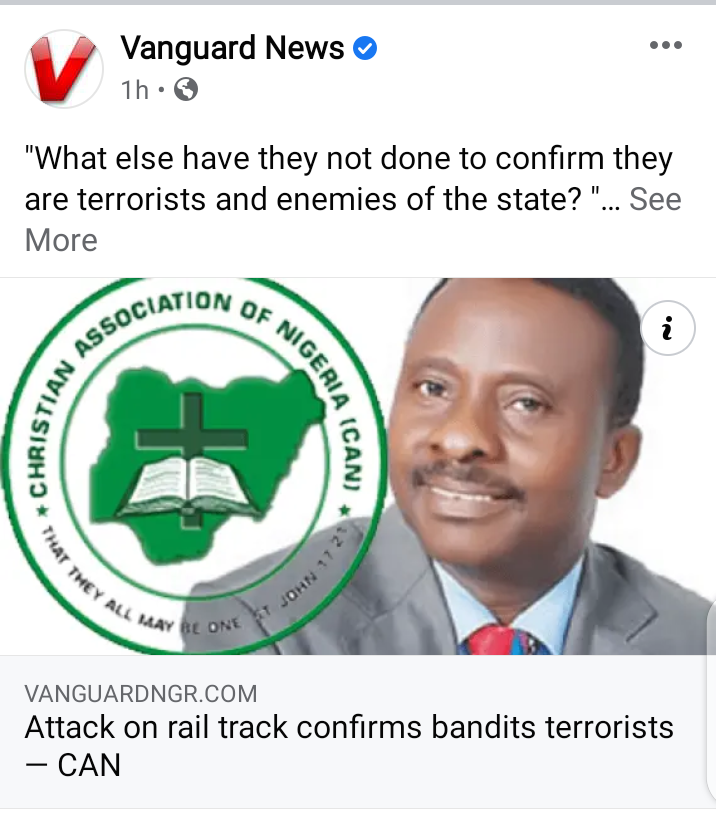 The Christian body said the attack on the rail track, which led to the suspension of train services from Abuja to Kaduna, was an additional cause of concern for the people of Kaduna State and those coming to do business in the state.

Rev. John Joseph Hayab, Vice President of CAN( 19 Northern States and FCT) and chairman of Kaduna State chapter, said in a statement, titled ‘’Attack on Kaduna – Abuja rail track, a final onslaught by bandits’, that bandits in Kaduna had become very strong and daring to government and security agents.

The All Progressives Congress, APC, Congress Appeal Committee for Osun State has upheld the results of the recently concluded Osun APC State congress.

The Chairman of the five-man Osun APC Appeal Committee, Ambassador Obed Wadzani made this known during a press briefing on Sunday at the state party secretariat in Osogbo. 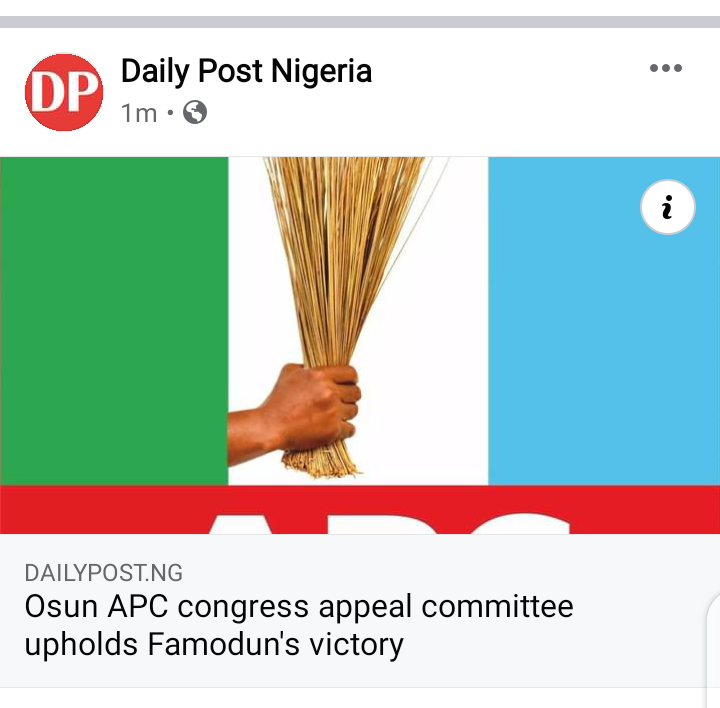 Ambassador Wadzani also revealed that despite a report of a parallel State Congress in the State, the five-man Appeal Panel did not receive any petition since its inauguration on October 21 by the leadership of the party at the National Secretariat, Abuja.

The Appeal Committee Chairman disclosed that the decision to endorse the results of the October 16 state congress conducted and supervised by Gbenga Elegbeleye State Congress Committee was done in the absence of any appeal.