READ NOW: The History of Engineering.

By VeekhThor (self media writer) | 1 year ago The concept of engineering has existed since ancient times as humans devised fundamental inventions such as the wheel, lever and pulley. Each of these inventions is consistent with the modern definition of engineering, exploiting basic mechanical principles to develop useful objects and tools.

The term Engineering itself has a much more recent etymology, deriving from the word Engineer, which itself dates back to 1325, when an engine'er origi

nally referred to one who operates an engine. The word "engine" itself is of even older origin. 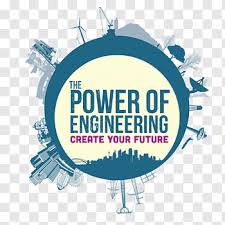 Later, as the design of civilian structures such as bridges and buildings matured as a technical discipline, the term Civil Engineer entered the lexicon as a way to distinguish between those specializing in the construction of such non-military projects and those involved in the older discipline of military engineering, the original meaning of the word "engineering," now largely obsolete, with notable exceptions that have survived to the present day such as military engineering corps.

Content created and supplied by: VeekhThor (via Opera News )