A 39 years old Man identified as Babatunde Obalereko has shared how he was able to make it through life despite being blind since the year 1997. 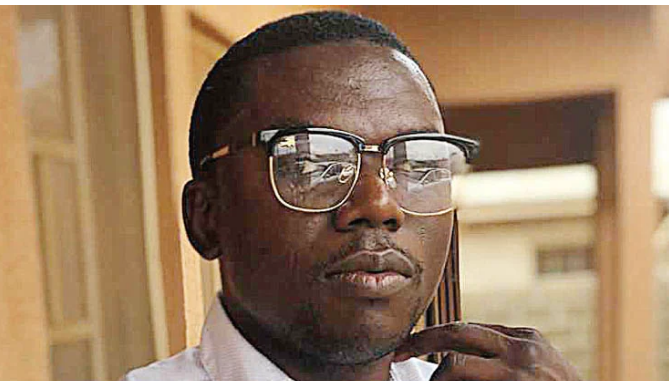 Babatunde was not born blind, he became blind in the year 1997 on the day he took his exam in ss1 as a teenager. Immediately the invigilators gave him his question paper he noticed he could not see the questions, he asked for the question paper to be changed because he thought it was a mistake from the printer. He got 3 different question papers and noticed they were all the same, it was his seat mate that told him the question papers were not empty.

Before that incident happened, Babatunde used to be short sighted and used to put on recommended glasses. After the incident happened in school, he was rushed the hospital but the doctors saw nothing wrong with his eyesight. His parents took him to different churches and place of worship in search of a solution to no avail. It was a Doctor in the United States that found out his eyes didn't have light and there was no machine to correct that. 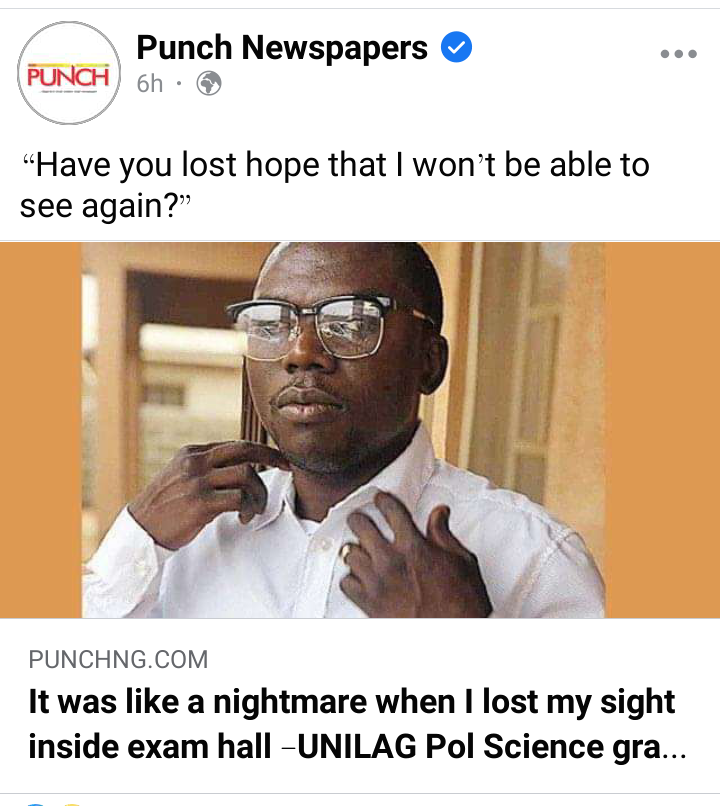 If you look at Babatunde you would never know that he is actually blind, his eyes are just as normal as every other person. He waited for up to 9 years hoping to regain his sight but he is still blind. Babatunde later enrolled in a school for the blind in Lagos. He stayed in the school for the 2007/2008 session and adapted to his new lifestyle.

After he left the school for the blind, Babatunde went back to continue his education from Ss1 again. During examination period, teachers or invigilators would read out the questions for him and he would answer them orally.

Babatunde later gained admission to Lagos University, he had to study Political science because he could not be a medical doctor with his blindness. He was able to find his way around school and also graduate in the year 2017.

While in Unilag, Babatunde found love in the arms of a Philosophy student and they later got married and are blessed with a baby. He is doing quite well for himself now despite his condition, he repairs electronics for a living while his wife is a make up artist.

Babatunde is urging the Government to help make jobs available to those people living with one disability or the other, he would love for people to stop discrimination people that are visually impaired.